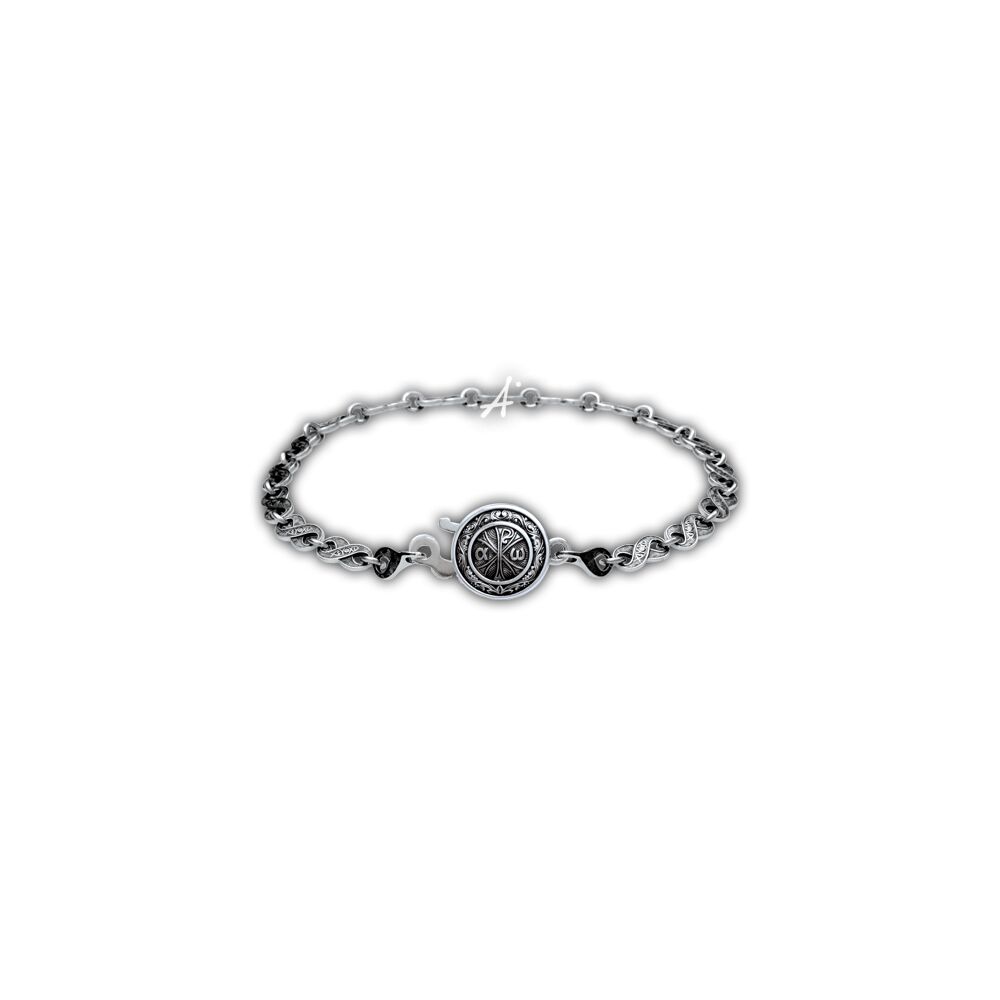 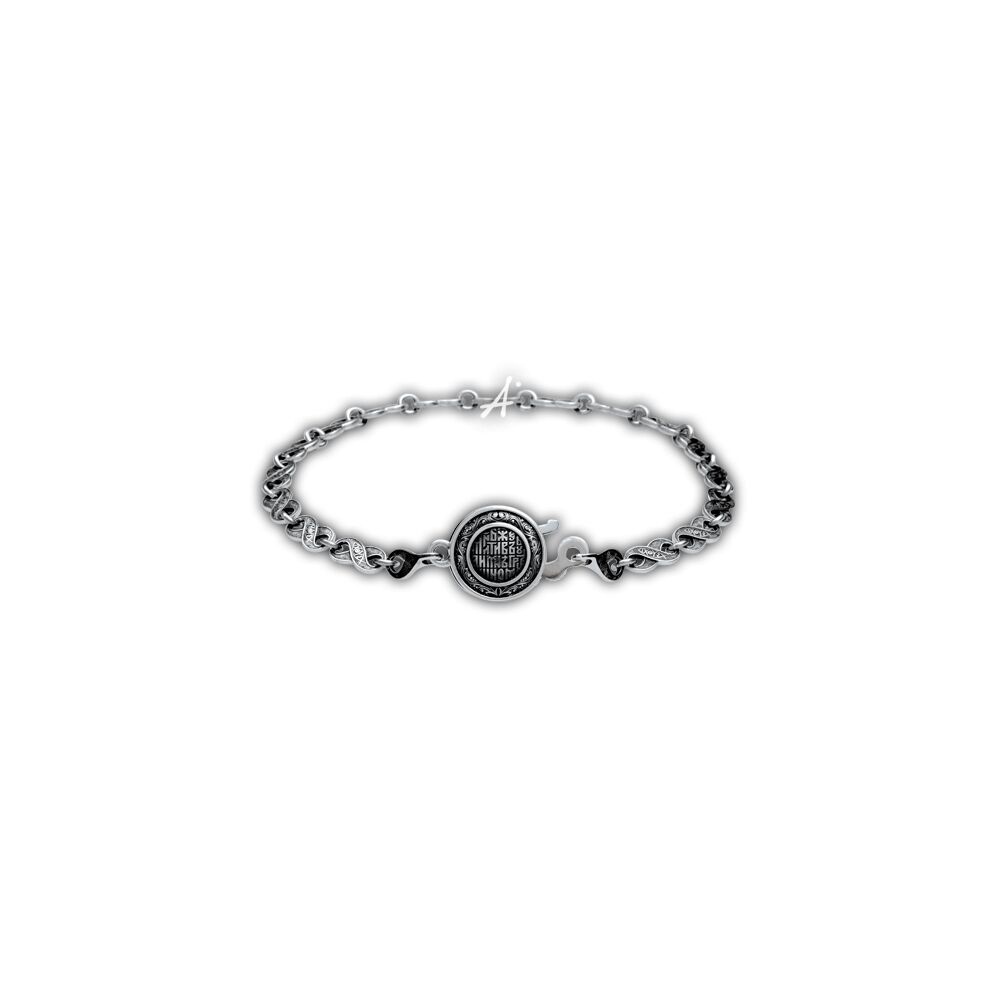 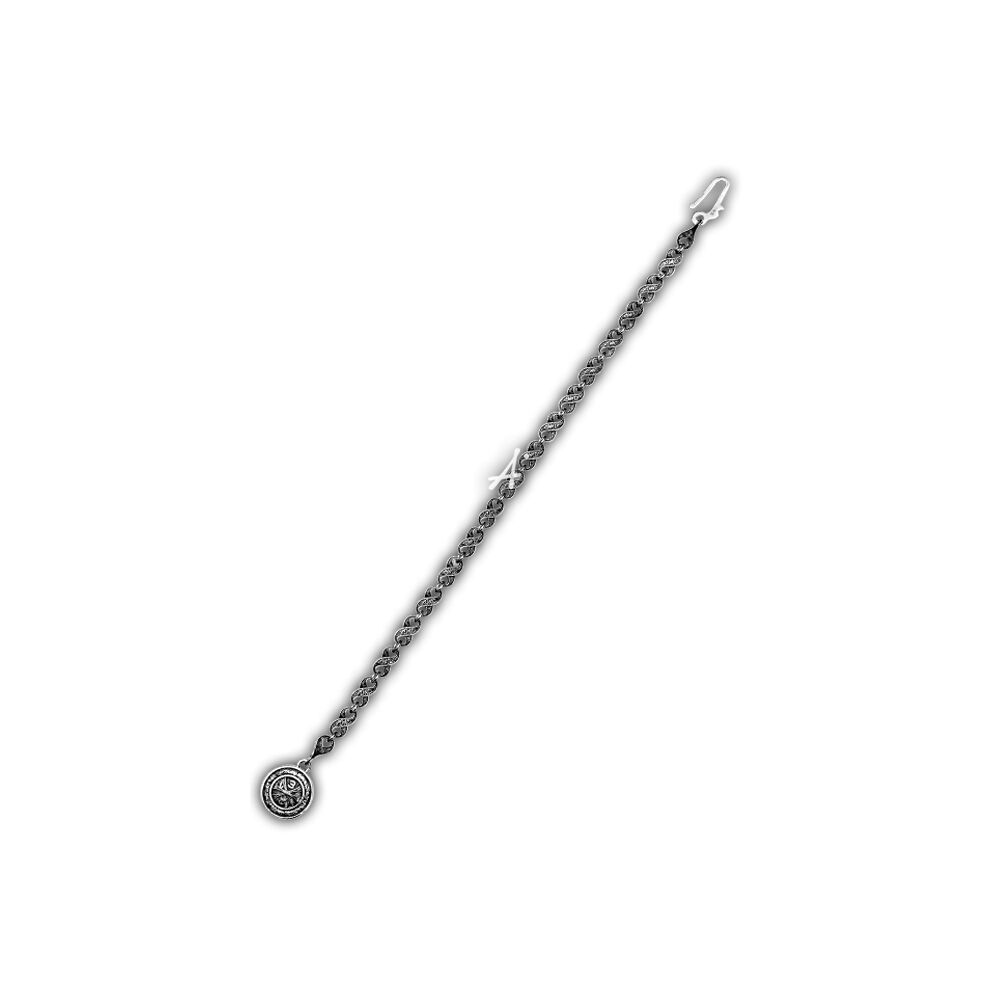 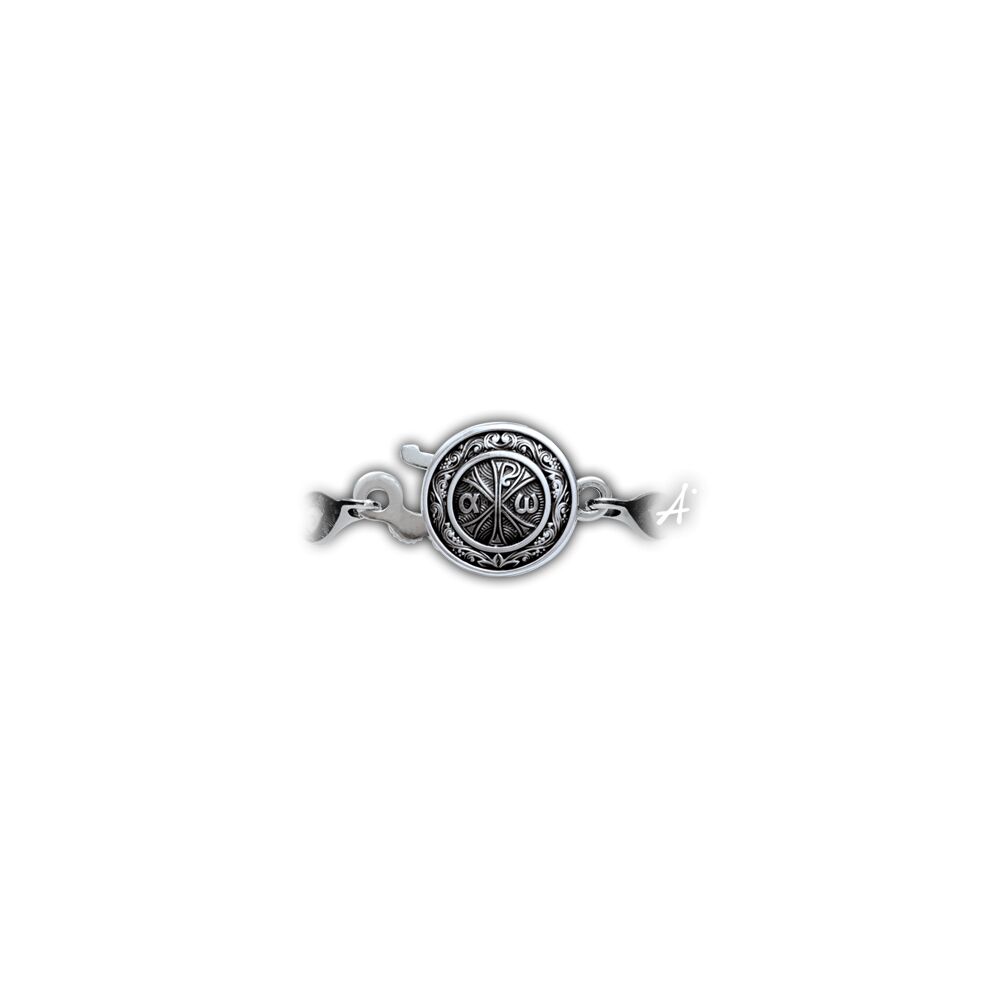 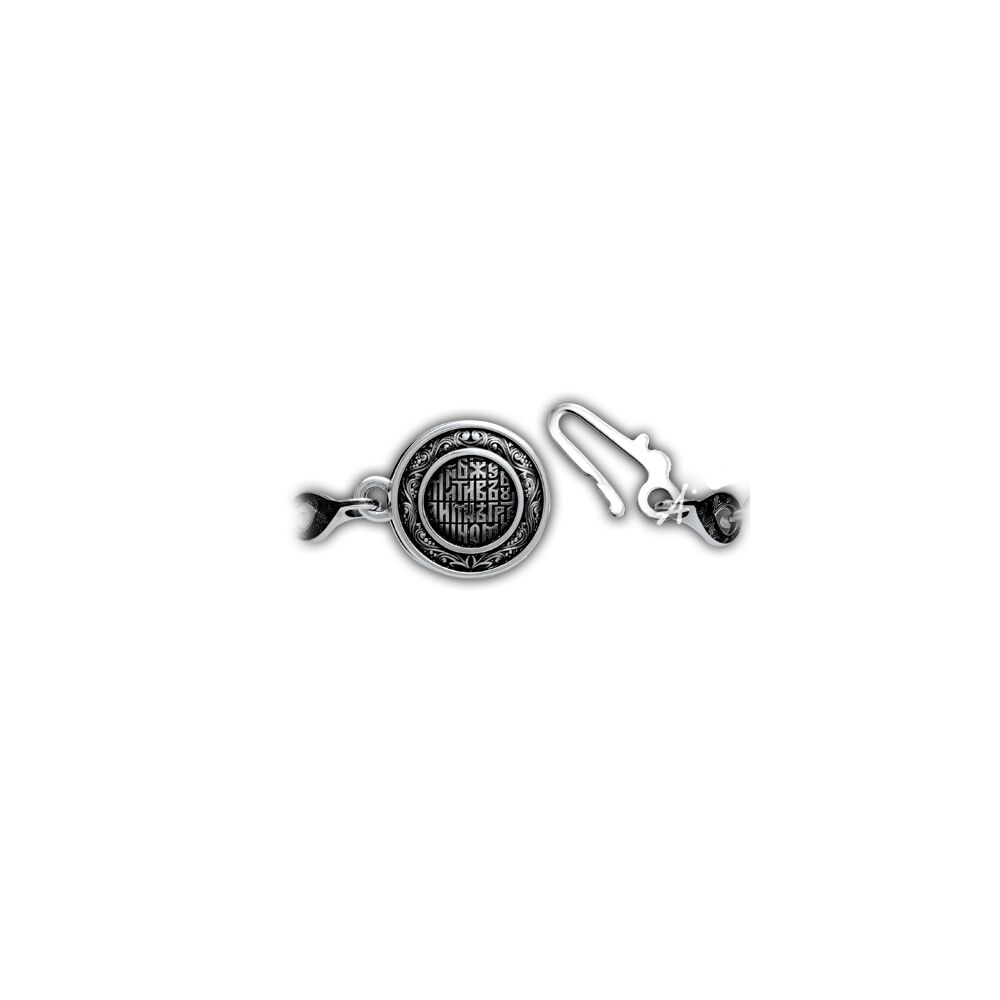 "A silver buckle with an ancient Christian symbol – chrism –is the compositional and semantic center of the bracelet. Thatis the christogram (or Chi Rho)composed of crossed Greek letters X (chi) and P (ro), initials of Christ’s name. To the left and to the right Alpha and Omega are placed – the first and the last letters of the Greek alphabet. The Lord says of Himself: ""I am the Alpha and the Omega, the beginning and the end, who is and was and is to come, the Almighty"" (Rev. 1: 8).

Onthebucklereverseweseetheprayer“O God, be merciful to me a sinner”. Thatistheprayerofapublicanwhoprayed sincerely to God and got remission of sins.Theparable of the Pharisee and the Publican istoldin the Gospel of Luke: ""Two men went up into the temple to pray, one a Pharisee and the other a publican. The Pharisee standing, prayed thus with himself:O God, I give thee thanks that I am not as the rest of men, extortioners, unjust, adulterers, as also is this publiccan.I fast twice in a week: I give tithes of all that I possess. And the publican, standing afar off, would not so much as lift up his eyes towards heaven; but struck his breast, saying: O God, be merciful to me a sinner. I say to you, this man went down into his house justified rather than the other: because everyone that exalted himself shall be humbled: and he that humbleth himself shall be exalted"".(Lk. 18: 10-14).

Produced are three types of bracelet chains. Linksofonetype aremadeasdoubledpalmette“Byzantine flower”. This ornamental motif is symbolically interpreted as image of hearts bloomed with love for God. The pattern of the other type of links alsoconsists of ""hearts"" of the Byzantine flower. But here the motif is more varied: in some links the ""hearts"" form sort of granules, in the others they form crosses in a circle. One more chain type has links that show a symbolic sign of the early Christian fish. In a concise outline of the fish there are inscribed the Greek acronym ΙΧΘΥΣ (ICHTHYS). That is Jesus Christ monogram consisting of the initials of the Lord’s full name. Translated from the Greek ""ICHTHYS"" means: Jesus Christ, the Son of God,Savior. In early Christian times, ""ICHTHYS"" was the brief formula of Christian creed. However not only Christ Himself, but all His followers are also often metaphorically imaged as fishes in Christian art and literature. The thing is that the majority of the apostles – the closest Disciples of Christ and the first messengers of Christianity – were fishermen. Those were Apostles Peter and Andrew the First-called; brothers John and James, sons of Zebedee;twins James and Judas, the sons of Alpheus; the Apostle Thomas. Jesus Christ encouraging them to follow Him uses simple metaphors, clear for them. He promises they will be ""fishers of men"" (Matt. 4:19, Mk. 1:17). And compares the kingdom of heaven ""to a net cast into the sea, and gathering together of all kind of fishes"" (Matt. 13:47).

The image was created by artist Pozharskiy German and creative team of the «Akimov» Company."