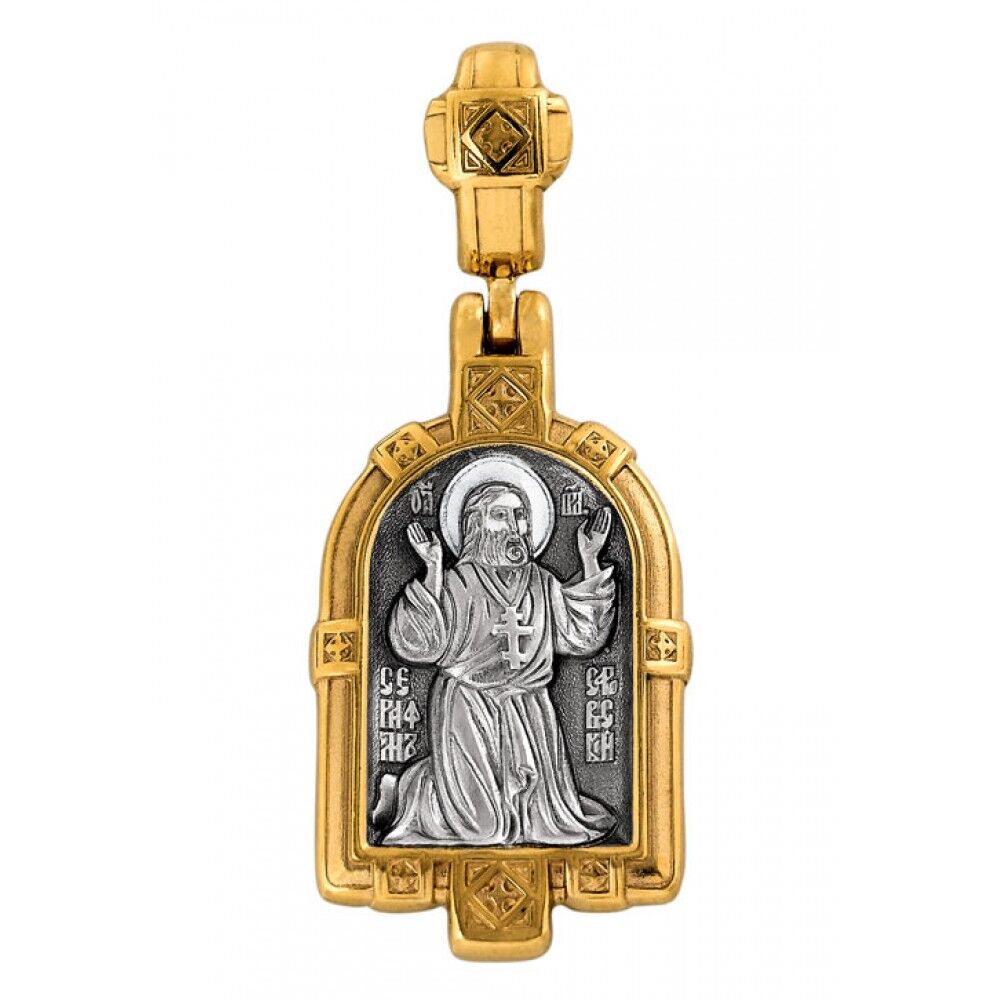 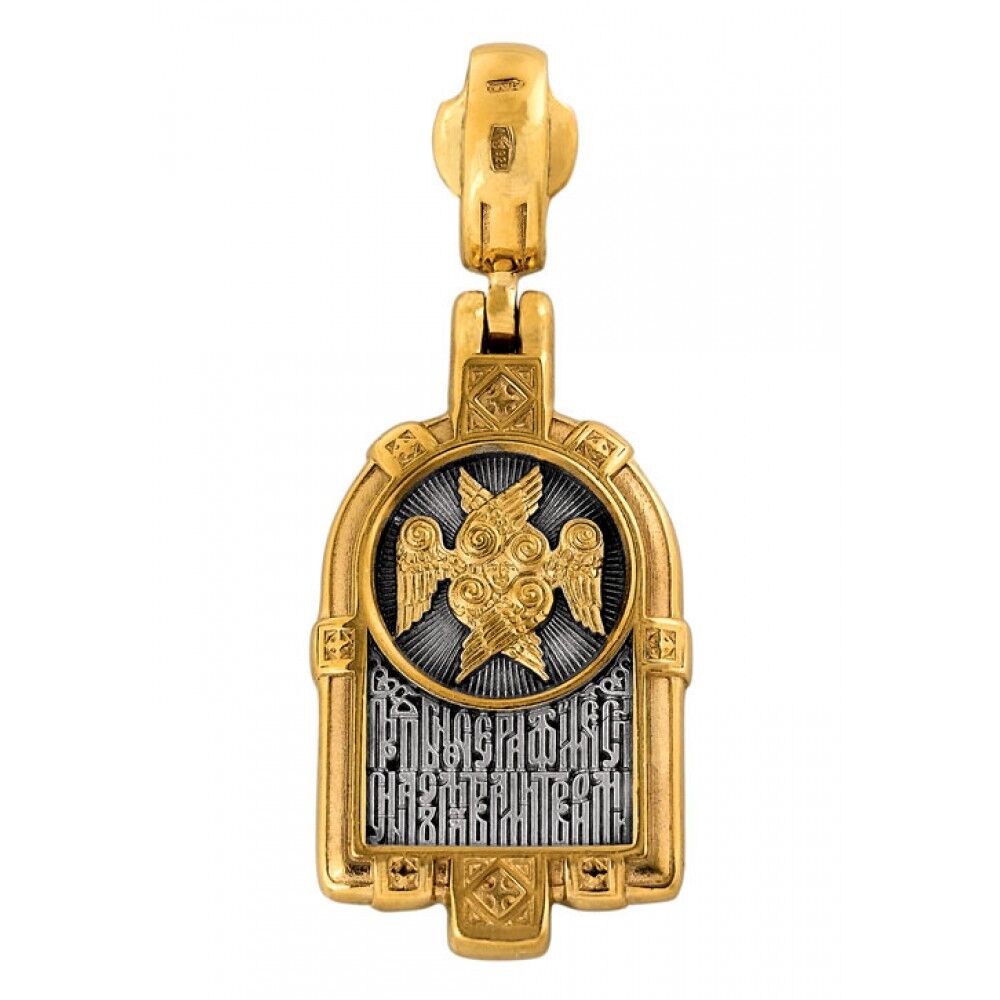 "On the obverse of the small icon we see the image of the greatest Russian saint Seraphim of Sarov. The reverse shows six-winged Seraph, a fiery angel who intercedes with the Divine throne closer than others; being a symbol of ardent praying of the saint.

St. Seraphim was born on July 19, 1754 in the city of Kursk into the wealthy and righteous family of the merchant Moshnin. In a boy he had already been marked by a peculiar care of the Mother of God: he was healed by the Kursk-Korennaya icon of the Sign. The Holy Hierarch decided to take monastic vows at an early age; and his mother supported him, and gave her blessing with a large copper cross. He never took off that heavy cross till his dying day, and had always been pictured with it on the icons.

In 1778 St. Seraphim was taken to the Sarov Monastery as a novice. Two years after he was taken seriously ill, and was honored with a first apparition of the Mother of God. She appeared in an ineffable shining and said pointing to him: “This boy is of our origin”. Then She touched him with Her verge and healed.

The Lord gave many other revelations to the Holy Hierarch. During liturgies he time and again watched Holy Angels helping the brethren, and once even saw Christ Himself surrounded by the Heavenly Bodiless Powers. After sixteen years of living in the monastery St. Seraphim got the blessing for eremitic monasticism, and retired to dense forest. The Holy Hierarch ate only the grass of glague, and prayed on bended knee on a stone almost for three years. Once when he was hewing robbers approached him. The saint rejected bloodshed, dropped his axe, and said: “Do what you need”. The robbers beat the saint up, ransacked his cell but found nothing. The mutilated Elder plodded as far as the monastery and was in grave condition for a long time. The most Holy Mother of God accompanied by the Apostles Peter and John again appeared before him and healed him. But after that St. Seraphim remained bent and walked resting upon a crook or on an axe. His offenders were soon found, but he forgave them and asked not to punish them.

The great ascetic also taught others to forgive ill will and offence: ""... pretty joy, I beg you – gain peaceful state of mind, and thousands of souls will be saved near you”, he used to say.

For fifteen years St. Seraphim lived in the forest in a solitary cell, and for fifteen years more he resided in the monastery in complete seclusion, keeping his a vow of silence. On November 25 1825 the Mother of God appeared in his dream, and commanded to leave his seclusion and start receiving people needy in consolation, guidance and healing. With the blessing of the Father Superior the Holy Hierarch opened the door of his cell for everyone. He met every visitor with the words: ""pretty joy, or my treasure "". And he prayed with everyone before his favorite image of the Mother of God “Eleusa” that he called the “Joy of all Joys”.

In the last period of his earthly life the saint took an especial care of his particular pet – the Convent of Diveevo. When still being a hierodeacon he had got a blessing of the Father Superior to keep on taking care of “sisters of Diveevo”. And the Holy became a real father for the sisters who always addressed themselves to him in their spiritual and everyday difficulties.

Knowing the day of his decease beforehand St. Seraphim himself made a coffin, and indicated the everlasting rest for him – beside the altar in the Dormition Cathedral. On January 2, 1833 the saint passed away to God, kneeling before his favorite icon “Joy of all Joys”. Being an outstanding man of prayer in his lifetime the great saint remained the same after his death, covering everybody by his love and mercy.

“O Saint Venerable Seraphim, save us through your prayers” – is written on the small icon reverse.  The saint is commemorated on January 14\2."