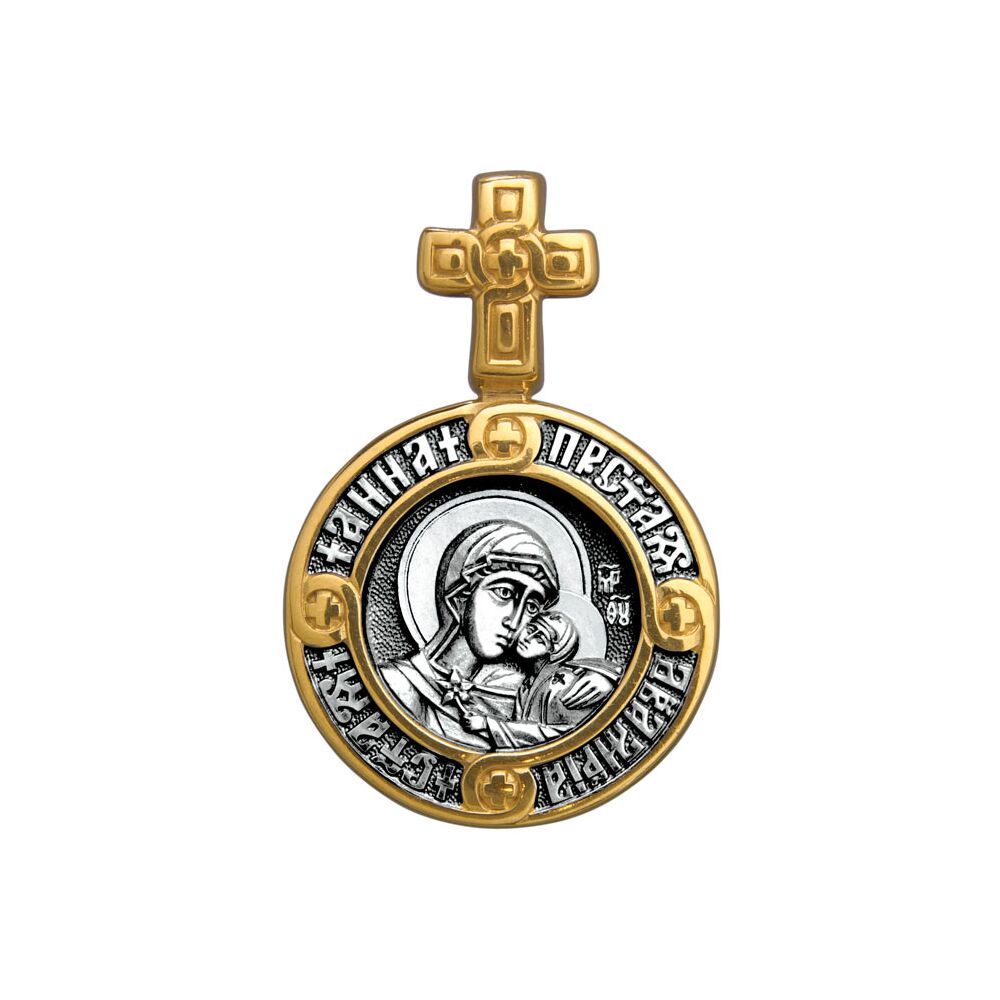 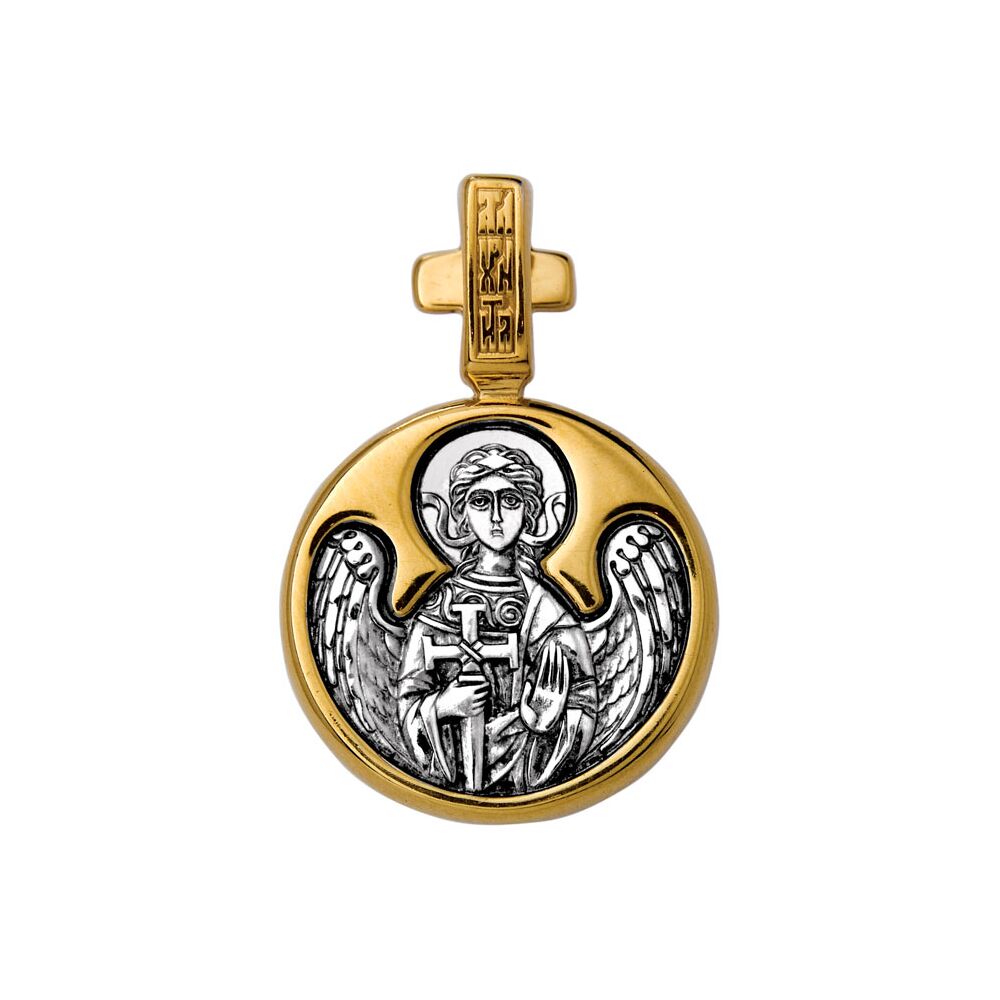 "A small locket with images of St. and Venerable Anne and the Most Holy Mother of God on the obverse, and the Guardian Angel on the reverse is round-shaped. Circle is the symbol of eternity, of Heaven and of God, the sign of God praised saints abiding with Him in eternity at Heaven.

On the locket obverse we see the icon of St. and Venerable Anne clasping tenderly her Daughter, the Most Holy Mother of God to her bosom.

St. and Venerable Anne and her spouse, St. Joachim, the parents of the Most Holy Mother of God are called “the fore-parents of God-man” and are prayed for intercession and help at the end of each liturgy. Their life history an the history of their daughter, the Most-Pure Mother of God coming into the world is narrated in the Holy Tradition text and in Protevangelium of James.

And then the archangel Gabriel appeared before her and proclaimed that she will dive birth to a daughter. Joachim was proclaimed the same. Rejoiced couple met and vowed to consecrate the daughter to God.

For three year little Mary was brought up by the elders and then was votively sent to the Temple of Jerusalem. Some years later St.Joachim aged 80 deceased, and St. Anne passed to the Temple for living where spent two year with her daughter, and aged 79 reposed in peace.

She was buried in Jerusalem. But under the Emperor Justinian I her relics and kerchief were as a solemn event moved to Constantinople.