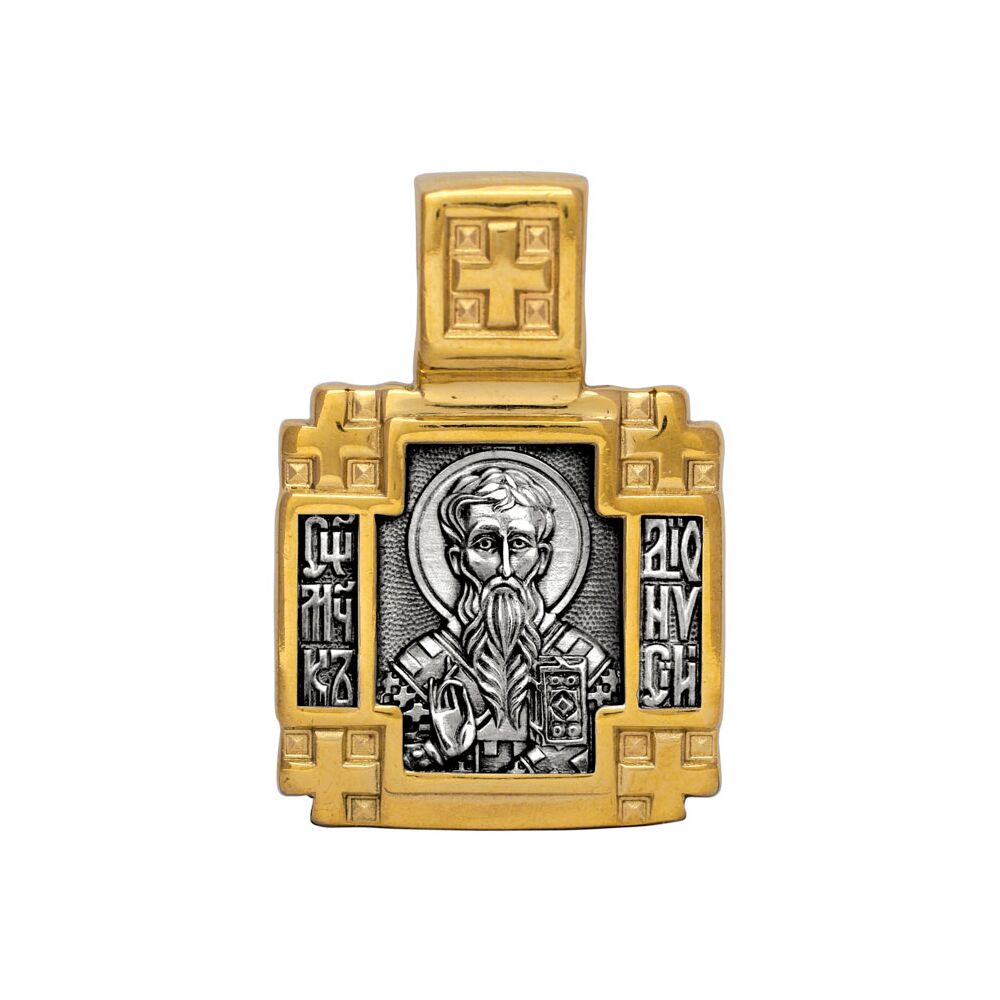 "St. Dionysius lived in Athens, got a classical Hellenic education, and studied astronomy in Edypt. He was a member of Areopagus (Supreme Court of Athens), hence having received his nickname. After preaching of Apostle Paul in Areopagus Dionysius became his disciple and co-worker (Acts 17, 16–34). Three years after being Christianized he was consecrated by of Apostle Paul to the Bishop of Athens. St. John the Theologian brought him in the house of the Most Holy Mother of God, Whose interment St. Dionysius attended in 57.

After Apostle Paul decease, St. Dionysius longing for keeping on Paul`s line went to West lands accompanied by presbyter Rusticus and deacon Eleutherius. He preached in Rome, Germany, and Spain. In Gaul, where he became the first bishop of Lutezia (future Paris), he and his companions were arrested by heathen authorities and subjected to many tortures (thrown to wild animals, into furnace, whipped, etc.), but he did not betray his faith. He then was beheaded on Montmartre ('Martyrs' Hill) in 96 (or in 110, by other data).  The legend tells that being martyrized St. Dionysius took hid head, reached the temple and only then fell dead. His relics were buried by a pious woman named Catulla.

Works by St. Dionysius the Areopagite are of great importance for Orthodox Church. For books by him has remained to the present day: “The Celestial Hierarchies”, “The Ecclesiastical Hierarchies”, “The Divine Names”, “The Mystical Theology”, as well as epistles to various persons.

However many scientists consider these works created late in 5th century by an unknown author, and only signed by the name of the great Saint. Therefore they are often published by the name of Dionysius the (Pseudo-)Areopagite.

In the book “The Celestial Hierarchies” there is recounted the Christian doctrine of Angel world consisting of nine ranks: Seraphs, Cherubs, the Thrones, the Dominations, Virtues, the Authorities, the Princedoms, Archangels, and Angels.

“The Ecclesiastical Hierarchies” continues “The Celestial Hierarchies”. It tells that Holy Church of Christ with its world service builds upon God established hierarchy.

“The Divine Names” recounts the ways of the knowledge of God through the Ladder of Divine Names.

“The Mystical Theology” teaches the knowledge of God through praying.