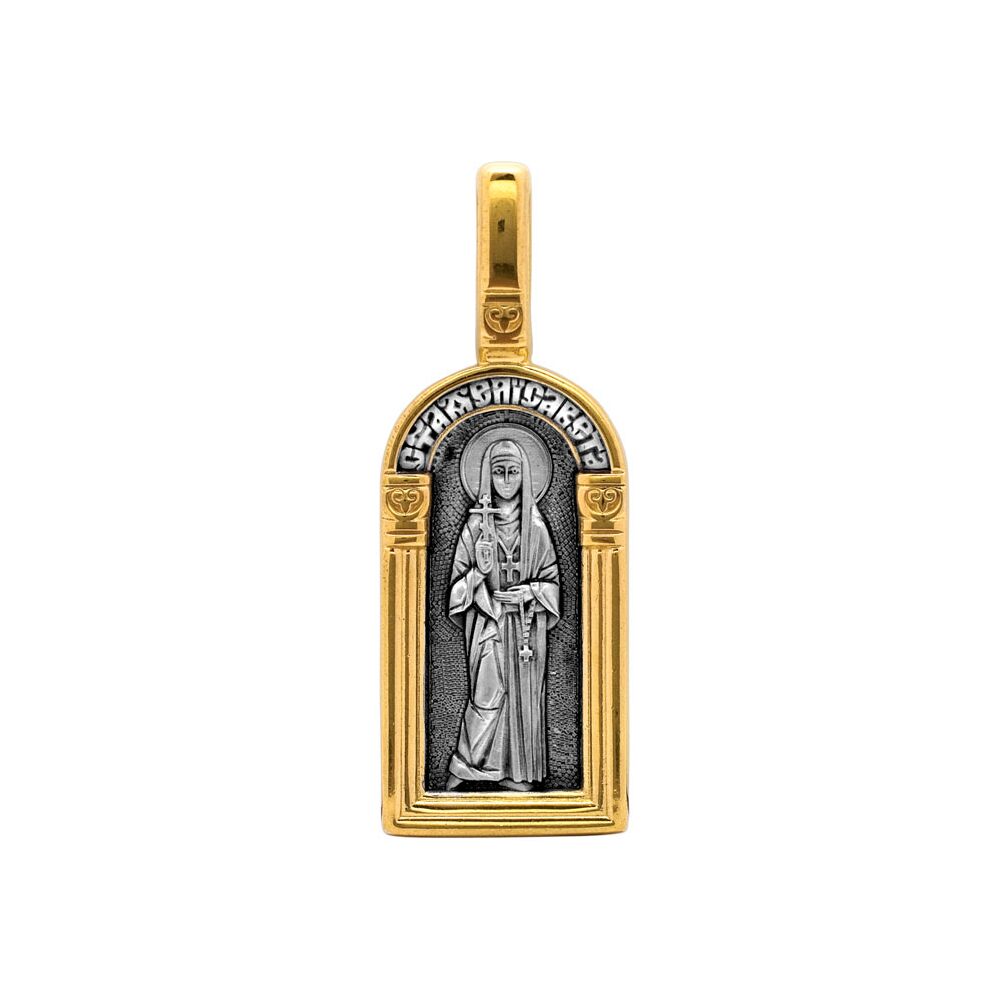 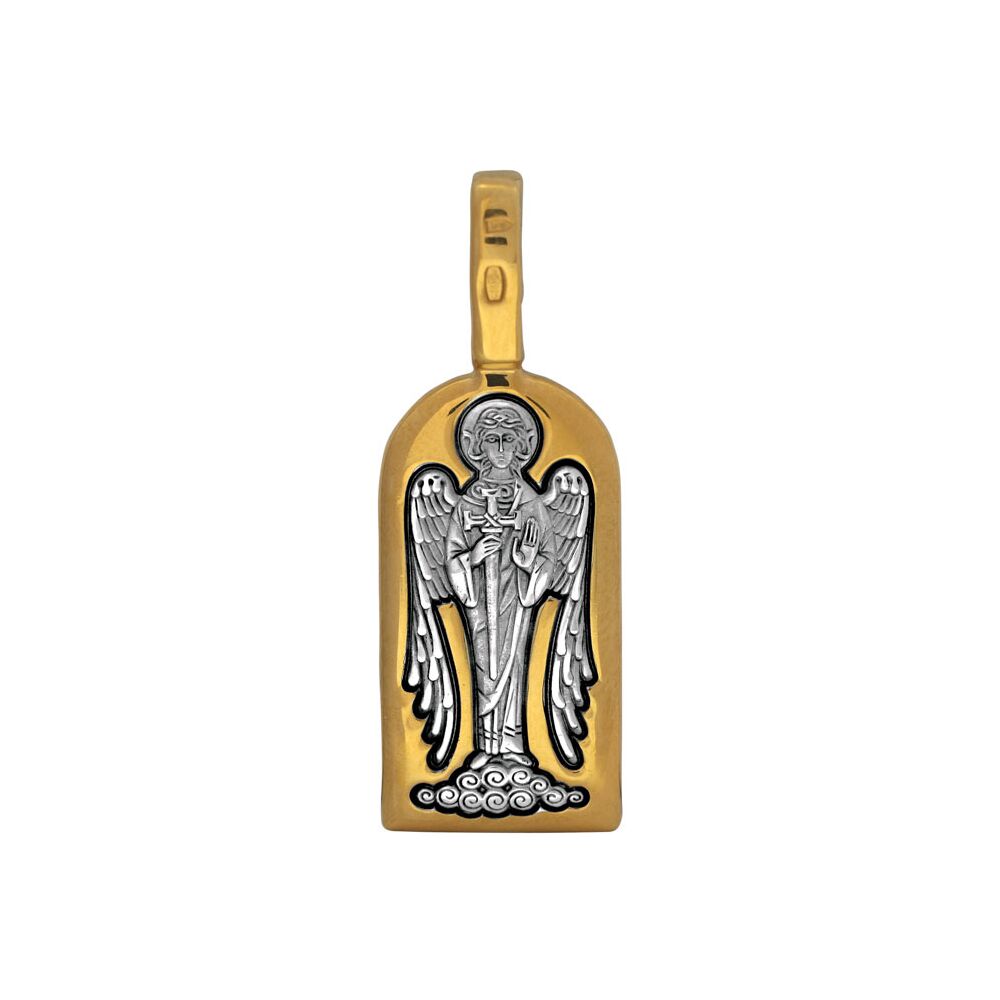 "St. Elisabeth, Grand Duchess, New Hosiomartyr was a daughter of Ludvig IV, Grand Duke of Hessen-Darmstadt, and Duchess Alice, daughter of Victoria, Queen of England. The second daughter of that spouse afterwards married the Emperor Nicholas II, and became the Russian Empress Alexandra.

The children in the family were brought up in traditions of old England: in strictness, abstention, and Christian morals. Clothes and food were very simple, housework done on their own. Love for neighbors, especially for suffering ones was fostered in children wherefore they were constantly taken to hospitals, shelters for the poor, asylums for the disabled.

Before her twenties Elisabeth married Grand Duke Sergei Alexandrovich, the fifth son of the Emperor Alexander II, Alexander`s III brother. Previously all pretenders to her hand were refused: in her youth Elisabeth gave a vow of chastity. After an open-hearted talk with Grand Duke Sergei it appeared that secretly he gave such a vow too. So, by mutual consent their wedlock turned into spiritual one, and they lived as a brother and a sister.

In 1888 the Grand Duchess with her husband visited the Holy Land and afterwards of her own volition decided to unite herself to the Orthodox Church. For many years she was kept from taking such a step by fear of hurting her relatives. At last on January 1, 1891 she wrote to her father about the decision: “…I go over to Orthodoxy according to my firm convictions; I feel this religion to be the highest, and I’ll do it with faith and with certainty that God blessed me to that”.

On February 18 (5), 1905 the bomb thrown by terrorist Ivan Kalyaev killed Grand Duke Sergei. Elisabeth with her own hands put scattered pieces of her husband body together on stretcher. The third day after the assassination she went to the killer to prison. She forgave him and urged to penance, having left a small icon and the Gospel. She even asked the authorities for mercy of Kalyaev, but her petition was turned down.

After her husband death Grand Duchess Elisabeth sold all her jewelry and ordered to build a Charity Convent with claustral rule wherein became mother superior. Its first church was consecrated in 1909 in the names of Sts. Martha and Mary, the Myrrh-Bearers. Besides in Moscow she bought a mansion with four houses and a large garden, where she organized a hospital, a soup kitchen, and an asylum orphaned girls.

Grand Duchess lived an ascetic life in her Convent. She slept on a wooden mattressless bed, ate only vegetable food. Early in the morning she got up for praying, then imposed penances on sisters; and worked in the clinic, received visitors, sorted out petitions and requests. By night she prayed in the chapel or in the church. She seldom slept more than three hours.

In the Convent hospital there worked the best physicians of Moscow, all operations being performed free of charge. But mother superior considered the relief aid to be of much greater importance than the hospital. The Convent received up to 12000 petitions a year. Besides the Duchess herself went to the most poverty-ridden and problem districts of Moscow, rendering support and gathering gutter-children. Elisabeth organized almshouses for orphans, invalids, and serious cases; found time to visit them all, to support with money, and to bring presents.

In time of the First World War the labors of Grand Duchess increased: it was necessary to nurse the wounded in sick-quarters. At first Elisabeth called on captive Germans as well, but slander about secret supporting of enemies made her abandon those visits.

After the revolution of 1917 the relatives suggested that she would leave Russia, but she refused saying: “I never harmed anybody. Let’s everything be by God's will!”

In 1918 the Duchess was arrested by bolshevists. Finding out what happened, Patriarch Tikhon sought for discharge of her. But in vain: all members of the Emperor family were doomed.  Last months of her life Grand Duchess spent in close confinement together with sister Varvara (Barbara) Yakovleva, Grand Duke Sergey Michailovich, his secretary Fedor (Theodore) Remez, three brothers Ioann (John), Constantine and Igor (sons of Grand Duke Constantine), and Prince Vladimir Paley (son of Grand Duke  Pavel (Paul)).

On July 18 (5), 1918 at the outskirts of Alapaevsk Grand Duchess Elisabeth and the other members of the Emperor family together with the service staff were thrown into the shaft of a spent mine and pelted with grenades. When the butchers pushed Grand Duchess off to the pit she prayed: “O Lord, forgive them, for they know not what they do” (Luke 23. 34). Grand Duchess fell not to the bottom of the mine, but on a projection at a depth of 15 metres. By her side the body of Ioann (Constantine son) was found with bandaged head. In 1921 mortal remains of Elisabeth and of her devoted lay sister Varvara were taken to Jerusalem, and placed to sepulcher of the temple of Holy Myrrhbearer and Equal to the Apostles Mary Magdalen in Gethsemane.

In 1992 the Assembly of Hierarchs of Russian Orthodox Church canonized Grand Duchess Elisabeth, New Hosiomartyr and nun Varbara, and established them to be commemorated on the death day – on July  18 (5), as well as together with the other Russian New Martyrs and Confessor-Martyrs – on February  5 (January 23), July 2 (June 19), and September 3 (August 21)."