Home/Categories/Icons/Icon Akimov 102.125 «The Great Orthodox Abba Saint Sergius, Hegumen of Radonezh, the Miracle-worker of all Russia. Guardian Angel»
43 of 107
Write a review
102.125
Save
24% 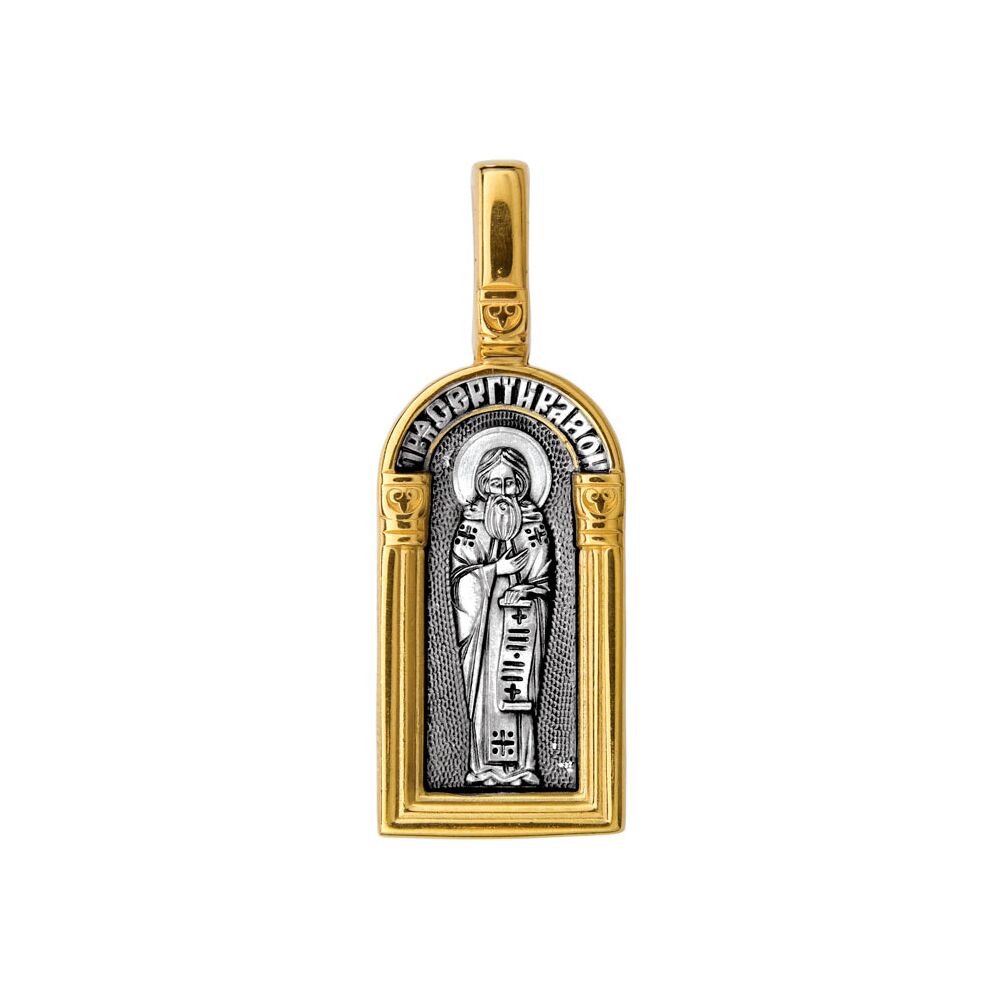 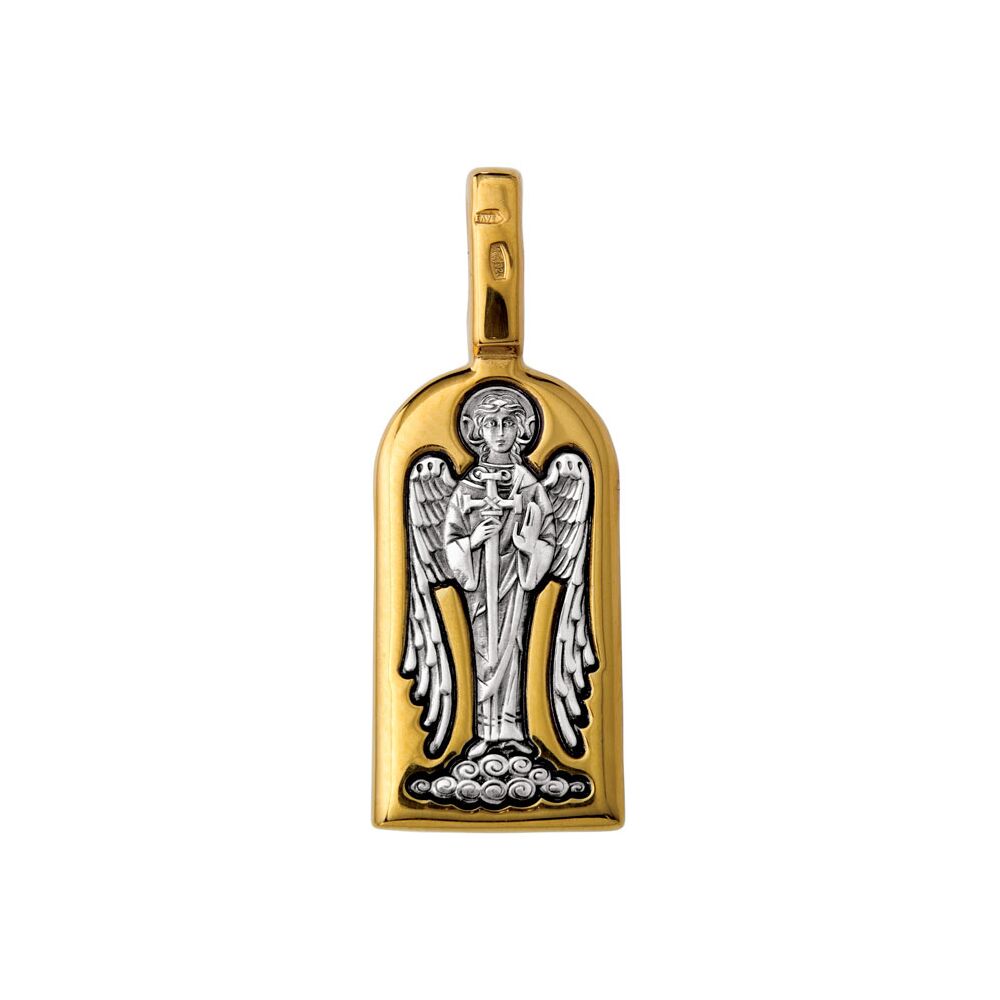 "St. Sergius (born Bartholomew) was born on May 16 (3), 1314 to a noble boyar family. The hagiography of St. Sergius tells that he was chosen by God even before being born: говорится о том, что он был избран Богом еще до рождения: during the Liturgy he exclaimed thrice in his mother’s womb. From early days the infant amazed by his fasting: renounced breast milk, refusing of it the other days as well if his mother had eaten meat. Aged 7 Bartholomew was sent to a school but he was backward. Then the boy began to pray to God for being given of book understanding. And God sent him an Angel in the likeness of a monk. The one blessed the youth, kissed him, and asked, what he wanted. Bartholomew answered: “With all my heart I’d like learn to read and write. Holy father, pray to God for me for Him to help me to learn to read and write”. The monk offered up his prayer to God, and gave the boy to drink from a vessel with a part of communion bread. Since then the holy youth had fluently read and understood books.

About 1328 the parents of St. Sergius moved from Rostov to Radonezh, and lived there to their old ages. After they died Bartholomew withdraw from home for hermitical monasticism in the forest together with his brother Stephan. They built a small log hut and a church, and consecrated it in the name of the Blessed Trinity. But soon Stephan did not bear the difficulties of such life, left his brother, and moved to the Moscow Theophany monastery.

Bartholomew did take monastic vows under the name of St. Sergius, Martyr, and continued living in forests of Radonezh. Gradually he became popular among other monks seeking for his guidance. St. Sergius received everyone with love, and soon a community of twelve monks was formed in his small abode. St. Sergius was notable for uncommon diligence. With his own hand he carried water, hewn firewood, and baked bread, sewed clothes, cooked for brethren, and even built several cell-huts. St. Sergius united hard labor with prayer, devotional watching, and fasting. Brethren were amazed that a life of such asceticism resulted not in poorer, but in more and more strengthened health. As the monastery expanded, its needs increased. Quite often the monks had scanty food, but by prayers of St. Sergius unknown persons brought whatever was necessary. Once the monks complained to the Saint that it is difficult for them to carry water uphill. Then the Holy one offered his prayer, and a pure spring spouted straight in the Convent.

The glory of St. Sergius ascetic labors reached Constantinople, and Patriarch Philotheus sent hin a cross, a paraman, a habit of schema, and a Letter Missive with the blessing fo new labors; and advised to organize a  cenoby.

Already in his lifetime St. Sergius was honoured with godsent gift of wonder making. He resurrected a boy when the hopeless father considered his only son lost forever. From all the Russia people went and walked to the Saint for counsel and healing, and he turned down nobody. But he was not interested in mundane fame and took up the most arduous toil in the monastery, wearing only shabby clothes.

Monks witnessed numerous miraculous appearances to the Saint. Once during the Liturgy the Divine Angel helped him; another time his lay brother became a witness of the Most Holy Mother of God who appeared before St. Sergius, accompanied by the Apostles Peter and John the Theologian.

In St. Sergius time the Russian land suffered from the Tatar yoke. Grand Prince Demetrius Donskoy having mustered troops came to Trinity Monastery and asked benediction for forthcoming battle. St. Sergius blessed two monks of schema to help the Prince – Andrew (Osliabya) and Alexander (Peresvet) – and prophesied victory to Prince Demetrius. The oracle came true: on September 21 (8) 1380 – on the very day of  the Nativity of the Most Holy Mother of God – Russian warriors won a victory on the Kulikovo field thus initiating the deliverance of Russian land from the Tatar yoke. During the battle St. Sergius recited a prayer together with brethren and asked God for giving victory to Russian Host. He quite mysteriously saw the killed in action and named them.

St. Sergius departed into the Lord on October 8 (September 25) 1392. The day before the great holy God-pleaser called the monks and appealed to them with his last will: “Attend unto yourselves, brethren. First have the fear of God, purity of soul, and unhypocritical love...""