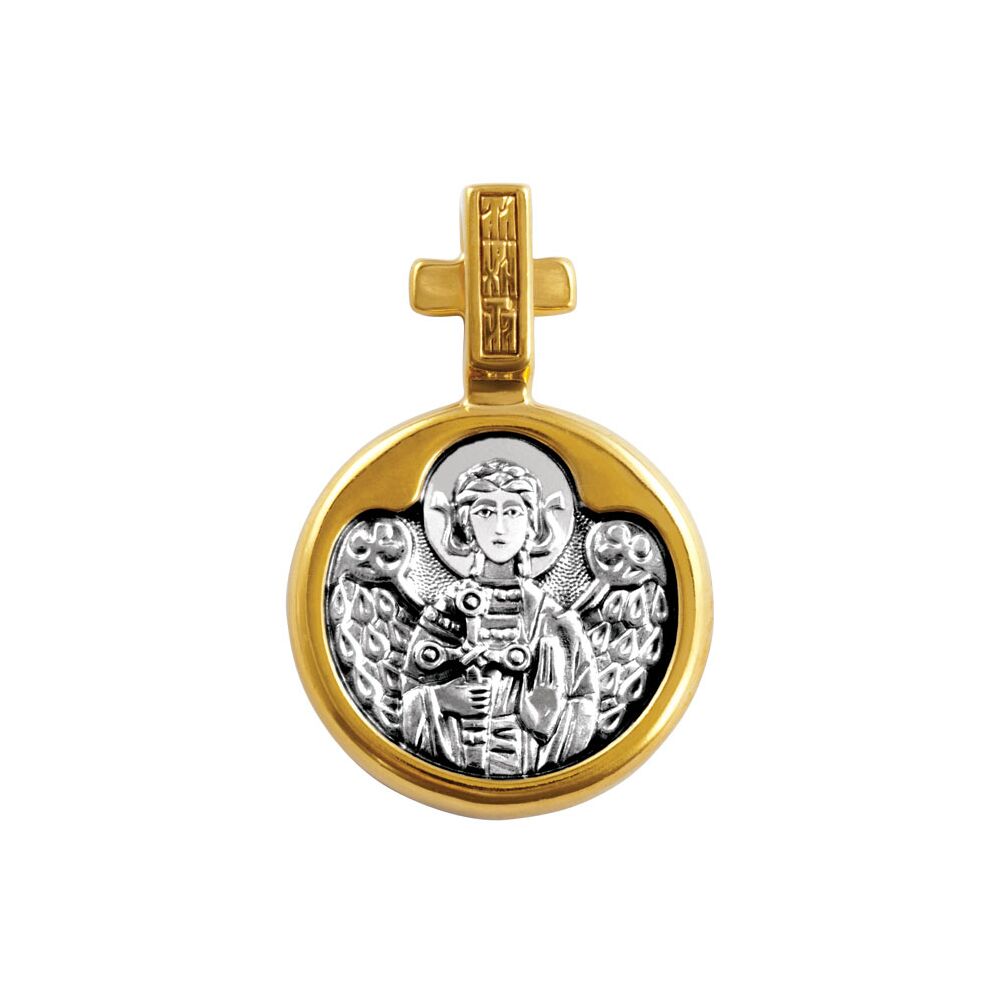 "Holy martyress Julia († about 640) was born in  Carthago into the family of Christians. In 625 Carthago was occupied by Persians, and the child Julia was taken prisoner and sold into bondage to a Sirian merchant. Despite her new heathen milieu, the girl managed to keep her faith, prayed much, observed fasts, kept her chastity, and served her master with zeal and  resignation, but only as when her service did not conflict with her beleif. No power on earth could compel her doing nothing contrary to her God. At first the master was exasperated and even wished to destroy her but seeing her to be so kind and meek, and to serve him so loyally he started to spare, to love and to respect her. God blessed therefor the merchant home, his wealth increasing in her hands. Seeing that the master started to take care of  the girl as of his best property.

She had already been more than twenty when the master took her to voyage to Gaul. They passed Corsica where besides Christian communities there had still subsisted large heathen ones. On the shore the merchant found himself at the feast of his coreligionists. He bought a bull-calf, sacrificed it, and joined holiday-makers. All his servants except St. Julia landed together with him and participated the feast. When the revelry was at its height someone observed a lonesome tearful girl on the ship. The merchant was demanded to bring her to the company. But the merchant refused knowing that Julia will prefer to die than to take part in this licentiousness. He was proposed much money for her but the merchant refused flatly. Then the feast hosts made him and his people dead drunk for them all to sleep, and dragged Julia to the land by force. There promising freedom they at first tried to concuss her to idolize. Then they started to strike her in the face, undressed to the skin, spurned with their feet. At last enraged tormentors cut off her breasts and crucified the girl.

When the master woke up, Julia was still alive, but nothing could be done for her. She soon deceased, and everyone saw a white dove to flutter out of her mouth and to be surrounded by angels. The vision so much frightened the pagans that they scattered instantly, leaving the breathless body of the girl to hang.

Not far from Corsica, on the Gorgon Isle there was a monastery. The God`s angel appeared before monks and ordered to depose the long-suffering body of the holy martyress and to take it to the monastery for being interred. The monks washed the body, applied the cut breasts to it, entwined it with a clean shroud and buried in the conventual church. Soon wonders and miraculous healings began to happen at the grave of St. Julia. Wonders took place as well on the spot of her suffering, and near the stone whereto her breasts were thrown. Baptismal fount with healing power welled out from under the stone wherefrom drops of milk and blood stood out every year on Julia memory day, as a sign of her martytdom and chaste purity.

On a small hillock where the holy girl was crucified the Christians of Corsica built a church. It was very small and when it became dilapidated people decided to built a new, more spacious one near the hillock. But before construction started the watchmen at night saw Julia herself to carry building materials back to previous church place. According to holy girl wish the church was renewed there. About 763 the relics of St. Julia were transported from the Gorgon Isle to old Italian city Breschia where they stay till now.