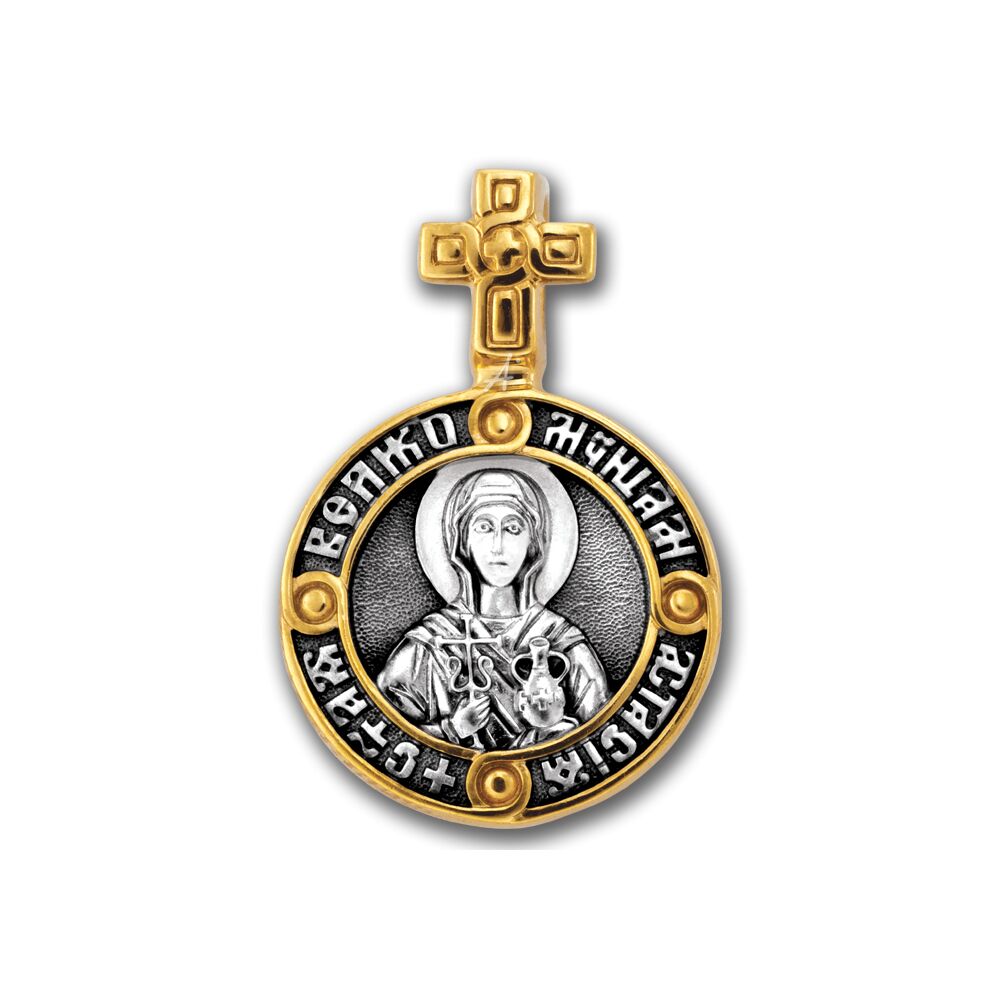 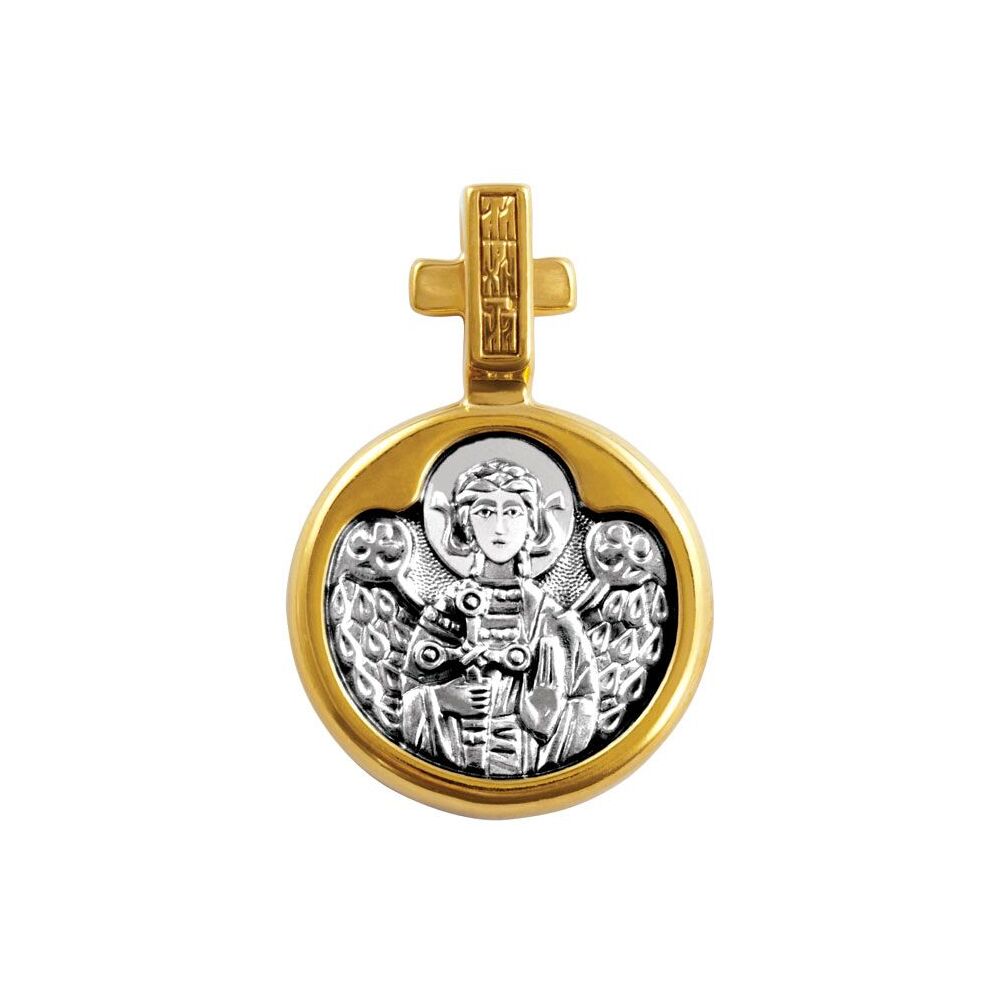 "Holy Great Martyress Anastasia († about 304) was born in Rome into the senator family. She suffered during the persecution of Christians under Emperor Diocletian (284-305). Anastasia`s father was a heathen, her mother being a clandestine Christian who delivered her mentoring into charge of St. Chrysogonus († about 304; commemorated on January 4). After her mother death the father married her a heathen regardless of the daughter`s wish. Then the girl proclaimed herself incurably ill so as not to break the chastity vow.

At that time great number of Christians languished in Roman dungeons. Beggarly dressed the holy girl secretly visited prisoners – washed, nursed and fed the diseased, bandaged their wounds and consoled everyone needy. She visited as well her mentor who rotted in a dungeon. Knowing that, the husband of Anastasia beat her black and blue, and locked up in the house. After Anastasia`s father death he started tormenting his wife constantly, wishing her death. The saint wrote to her mentor: “My husband… treats me as a foe of his paganism and torments me in such a heavy reclusion that I have nothing to do but fall dead committing my spirit to the Lord”. In his follow-up letter St. Chrysogonus calmed the young martyress: “Darkness always followed by light; and soundness often returns after disease; and everlasting life is promised to us after death. And he foretold very end her of her husband. The man indeed soon left for Persia as an ambassador and was drowned during a storm that had broken into.

St. Anastasia started wandering in order to serve imprisoned Christians here, there and everywhere. In that way she got the gift of healing. With her works and words of consolation she alleviated detention tortures of many prisoners, cared bodies and souls of sufferers, releasing them from bonds of despair, fear and helplessness. That is why she was called the Bond-Releaser. In Macedonia St. Anastasia got acquainted with a young widow named Theodota who assisted her in good works.

Word leaked out that St. Anastasia is a Christian; she was arrested and taken to the Emperor Diocletian.  — христианка, ее взяли под стражу и отвели к императору Диоклетиану. Having questioned her Diocletian learned that she spent all her assets on the needy; recast gold silver and copper figurines into coins and fed scores of the hungry, gowned the naked, helped the feeble. The Emperor ordered the saint to be taken to the             hierophant for him either to predispose her to offer up a sacrifice to pagan deities, or to execute her. The hierophant suggested St. Anastasia selecting between rich gifts and torture instruments. The saint unhesitatingly pointed to the latter. Before proceeding with excruciation the hierophant decided to violate her. But the moment he touched her he became blind immediately. Hideous pain tightened his head, and he died in agonies. St. Anastasia was restored to liberty and went on serving prisoners together with Theodota.

But soon St. Theodota and three sons of her were martyrized in their native town Nicaea († about 304; commemorated on August 11 and January 4). St. Anastasia was imprisoned again and starved for 60 days. Every night St. Theodota visited the martyress in dreams and cheered her up and invigoured. Seeing that starvation makes no harm to the saint the judge ordered that she should be drowned together with other convicted criminals among whom there was St. Eutychian († about 304; commemorated on January 4) persecuted for his Christianity. The warriors put the prisoners to a ship and took to the open sea. Far from the coast they changed the boat having holed the ship to founder it. The ship started to sink but here the prisoners saw St. Theodota to handle the sails and stand inshore. One hundred and twenty wonder-stricken people received Christ — St. Anastasia and St. Eutychian baptized them. Founding out what happened the judge ordered that all the new Christians should be executed. St. Anastasia was stretched over the fire between four poles. This way finished was the martyrdom of St. Anastasia Bond-Releaser.

But her body remained unharmed and was buried by pious Christian Apollinaria. With the persecution completed she built a church over the grave of St. Anastasia, Great Martyress.