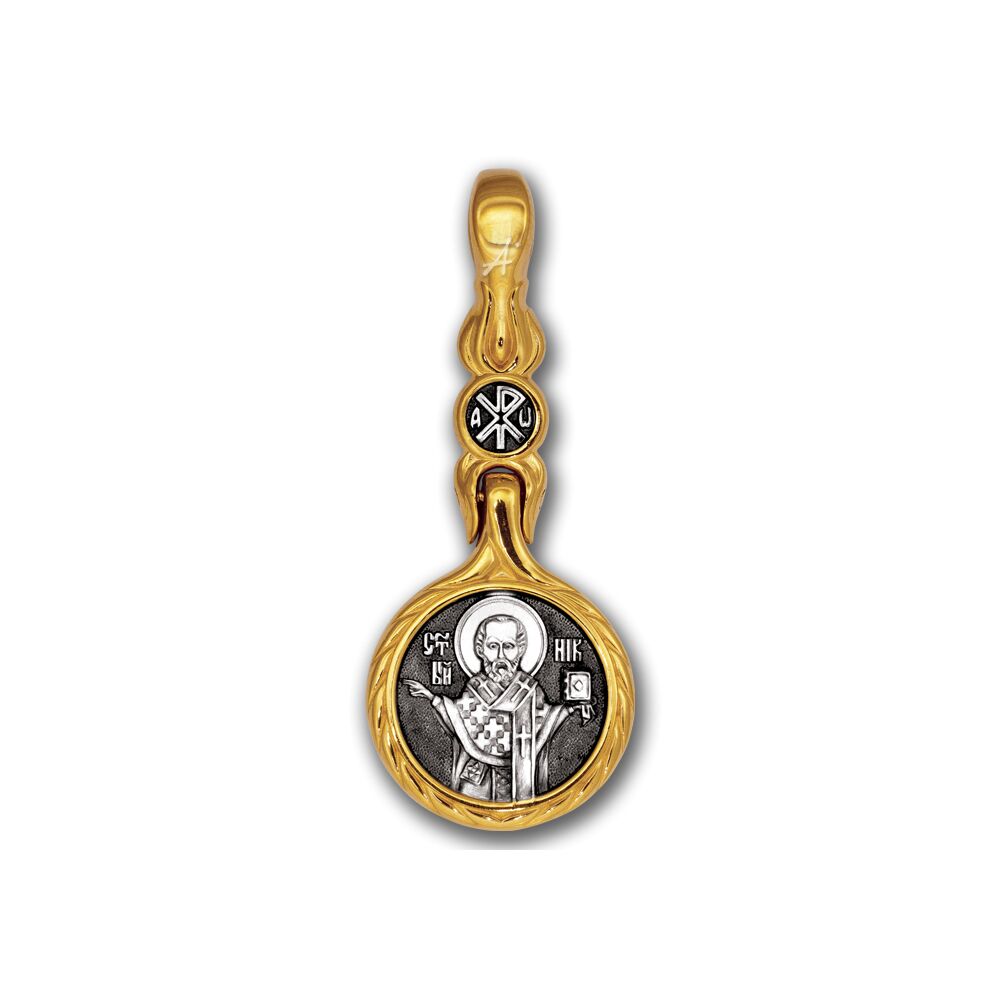 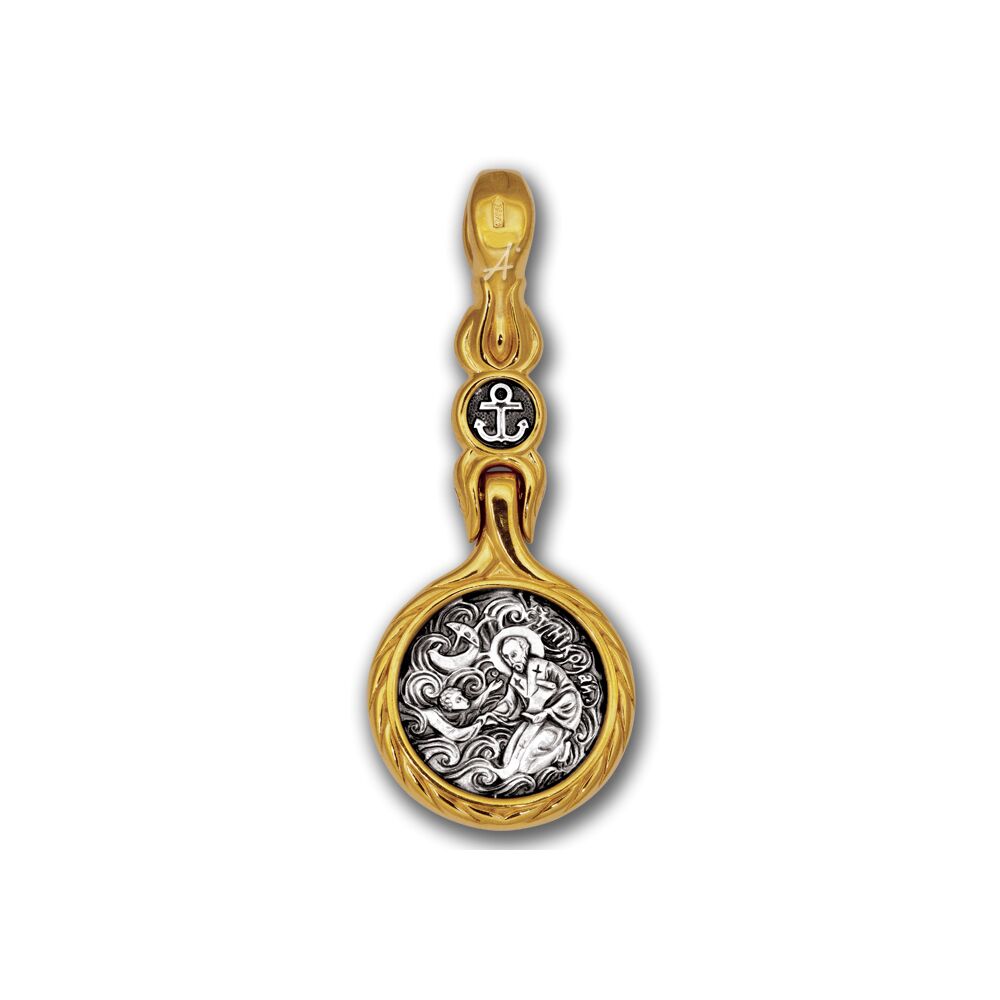 "On the obverse of the small icon we see the most we see the most revered Russian saint Nicholas  the Wondermaker. For his righteousness and mind purity St. Nicholas  was God endowed with the great power of wondermaking. Lots of them are narrated in the saint’s life. However it was charity that became the most famous deed of the saint, and not wondermaking. Probably it was not the rule to do good works in secret in 3-d century.

Once the saint got to know of a poor man who had three daughters but could not afford a proper dowry for them. This meant that they would remain unmarried and probably, in absence of any other possible employment, would have to become prostitutes. Hearing of the girls' plight, St. Nicholas decided to help them, and thrice he went to the house under the cover of night and threw three purses (one for each daughter) filled with gold coins through the window opening into the house. Thus each daughter got her dowry and married happily. In Western Europe this story developed into the legend of Father Christmas (St. Nicholaus, Santa Claus) who at Christmas Eve night throws gifts for nice and obedient children into chimneys.

In his travels by sea St. Nicholas more than once quieted storms, healed and even resurrected sailors and passengers crippled by the elements. Therefore many travelers when got calamity started saying prayers to him when he was still alive. And after death he was revered as a tutelary saint of all travelers. On the reverse of the small icon the wonder is depicted that the saint worked at the sea.

A devout person named Demetrius who lived in Constantinople went on pilgrimage to St. Nicholas church that was located on one of Greek islands. A severe storm burst out in the night, and the ship capsized. Demetrius was dragged into the sea deeps but continued in his mind to appeal: “St. Nicholas, help me!” The Wondermaker  immediately appeared before him, took him by the hand, pulled him out of the deeps, and carried home.

Any surprising event has not only historical but metaphoric meaning in Christianity. This story as well has such a figurative, spiritual sense. Stormy sea means human life full of dangerous temptations and ordeals. Even the most devout person may give in and fall to the bottom being unable to save without assistance. But nothing's impossible for God. Believers are helped by the saints who are able to get anybody even from the sea bottom by their grace-giving power.

St. Nicholas  the Wondermaker was so all-honored in Russia that newly arrived foreigners called him “second god of Russians”. He was prayed to in various situations: when being in poor health; when travelling; when having problem children.  He was asked for help in commerce, for deliverance from captivity for redress of grievances… He is now still prayed to with the same belief as he was before. And as before in every Russian house there by all means are three icons: of Christ, of the Mother of God, and of St. Nicholas the Wondermaker.