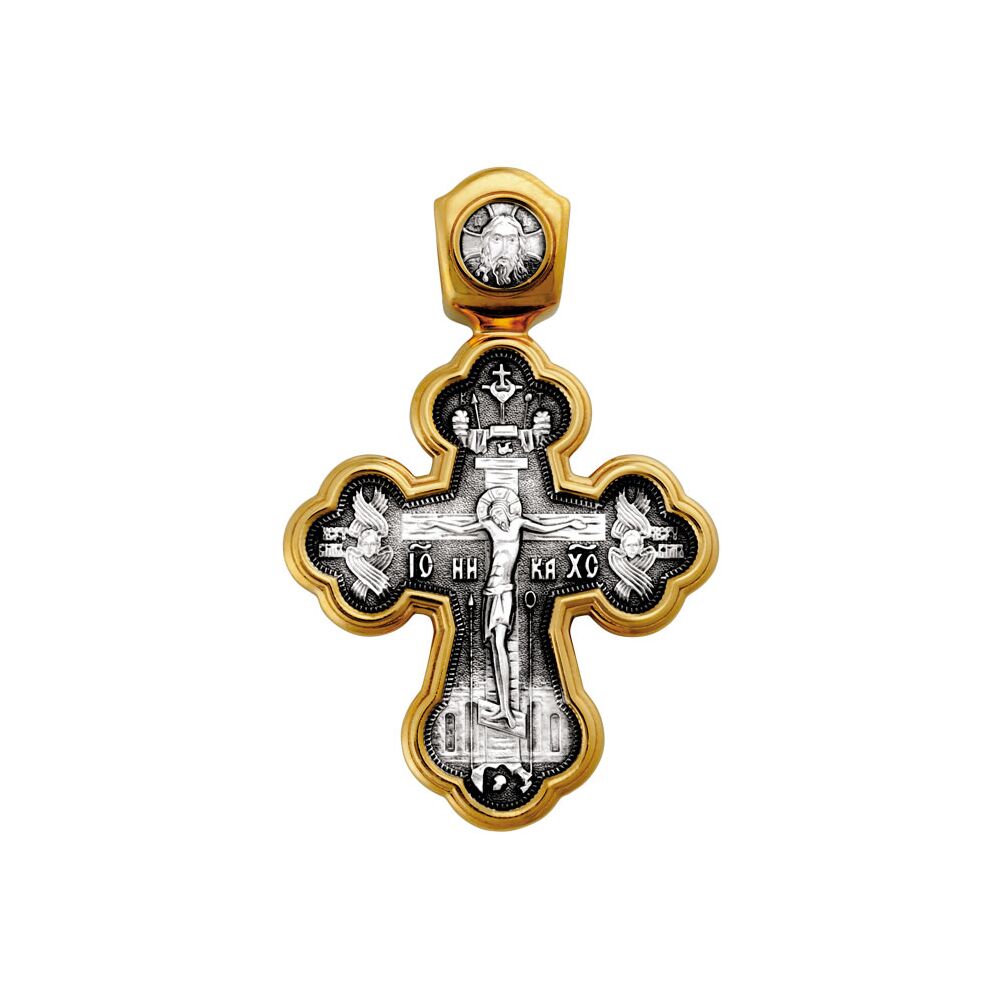 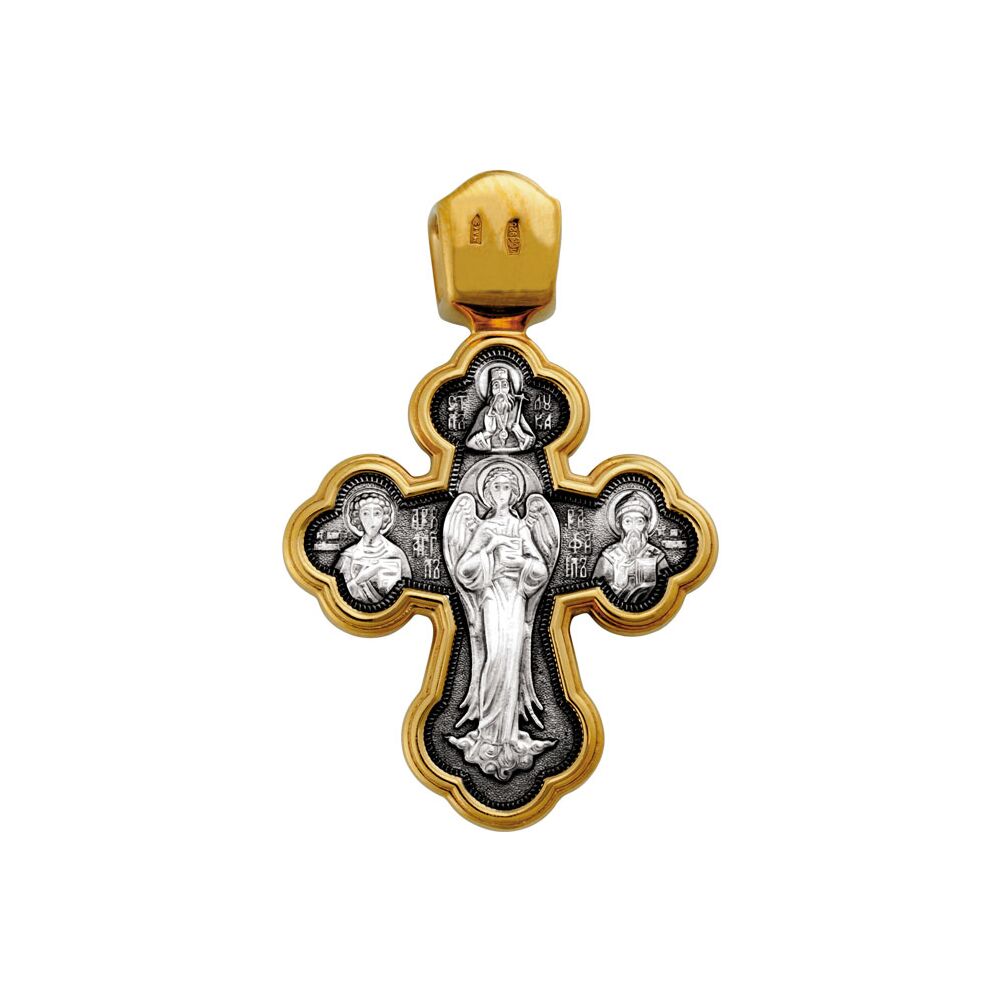 "For this cross a very ancient shape is used – with three-leaved tops of beam. One of the principal ideas of Christianity is interpreted in it: “the Cross if Christ is the Tree of Life”.

While living in Eden the human being enjoyed the fruits of the Tree of Life that grew in the Garden of Eden, and knew neither diseases, nor death. But committing a sin he deprived himself of the opportunity to live forever. For sin not to be growing and everlasting the Lord let diseases and death into the world. Through suffering from diseases the human soul is cleansed, death putting an end to human being sins.

Only Christ the Savior Himself was able to heal human being. Christ's passion delivered people from eternal ferocious diseases, decay and death. Therefore the beam of Christ is called the Tree of Life by the Church, and the Lord is portrayed not hanging on it morbidly but stretching His arms as if embracing the whole mankind with love.

But the Lord is not able to eradicate personal sins of every human being. One must do it oneself, through one`s free will. That is why evil and diseases still continue in the world. In assistance for struggle against them God sends His helpers – angels and saints – to the world.

In the center of the cross reverse we see the mighty Archangel Raphael (Divine Healing) – the healer of human illnesses, divine guide and physician. He is one of supreme seraphs, those nearest to God. The Archangel is surrounded by icons of the greatest healers whom the Church worships as the wonder makers.

To the left there is the image of St. Pantaleon (Panteleimon), the Great Martyr and healer († 305), unmercenary physician, whom God endowed with great healing strength for his deep compassionate love for people. In the name of Christ the saint healed any illness and raised the dead. During the persecution of Christians he was imprisoned and put to the cruel tortures. But the torturers` strength could not overcome the infinite grace of God that protected the martyr: wild beasts licked his feet, the sword becoming soft like wax. Eventually the saint was beheaded. Today the sanctified head of Pantaleon, the Great Martyr is kept at the holy Mount Athos in the Russian monastery after his name.

The Sainted Hierarch St. Spyridon of Trimithoundos (†about 348) portrayed on the right was born at the end of 3d century on Cyprus Island. Little information remained of his life. It is only known that he was a shepherd, was married and had children; for his works of mercy he was endowed with the gift of wonder making. After becoming a widower he was elected the bishop of Trimithoundos. St. Spyridon worked many miracles for his flock: by his invocation drought gave way to pelting rain; sick ones got healed; demons were driven out. He was even able to raise from the dead; and his larder was of course always opened for needy ones. The relics of the saint rest at Corfu Island in the church after him.

On the cross top there is an icon of a recently praised saint – St. Lucas (Professor V. Voino-Yasenetsky, in the world) (1877-1961), confessor, the Archbishop of Simferopol and Crimea. That was a brilliant scientist and surgeon of genius; the author of multiple works in field and contaminated surgeries (awarded Stalin Prize for that). The saint not only healed human bodies but doctored souls. After becoming a widower in 1919 he at first entered the priesthood and later even took the vows. For his unswerving fidelity to faith in Christ the holy hierarch spent almost twenty years in prison and in exile where he never stopped his medical, spiritual and scientific activities: in arduous arctic conditions and in front-line hospitals he performed unique operations. On June 11 1961 the holy hierarch Lucas departed into the Lord in the order of the Archbishop of Simferopol and Crimea but he continued healing after death as well. Not only in Russia and Ukraine but in many other Orthodox countries multiple of people were cured by praying to him."