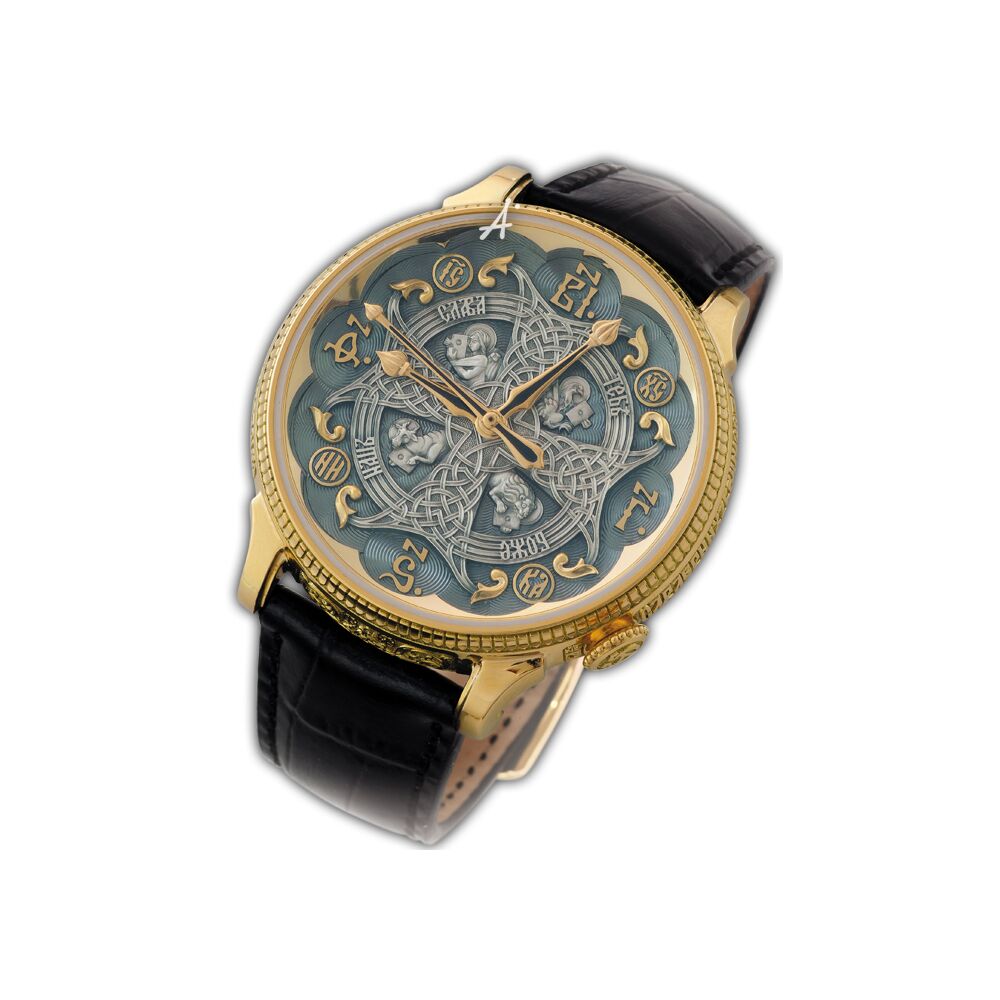 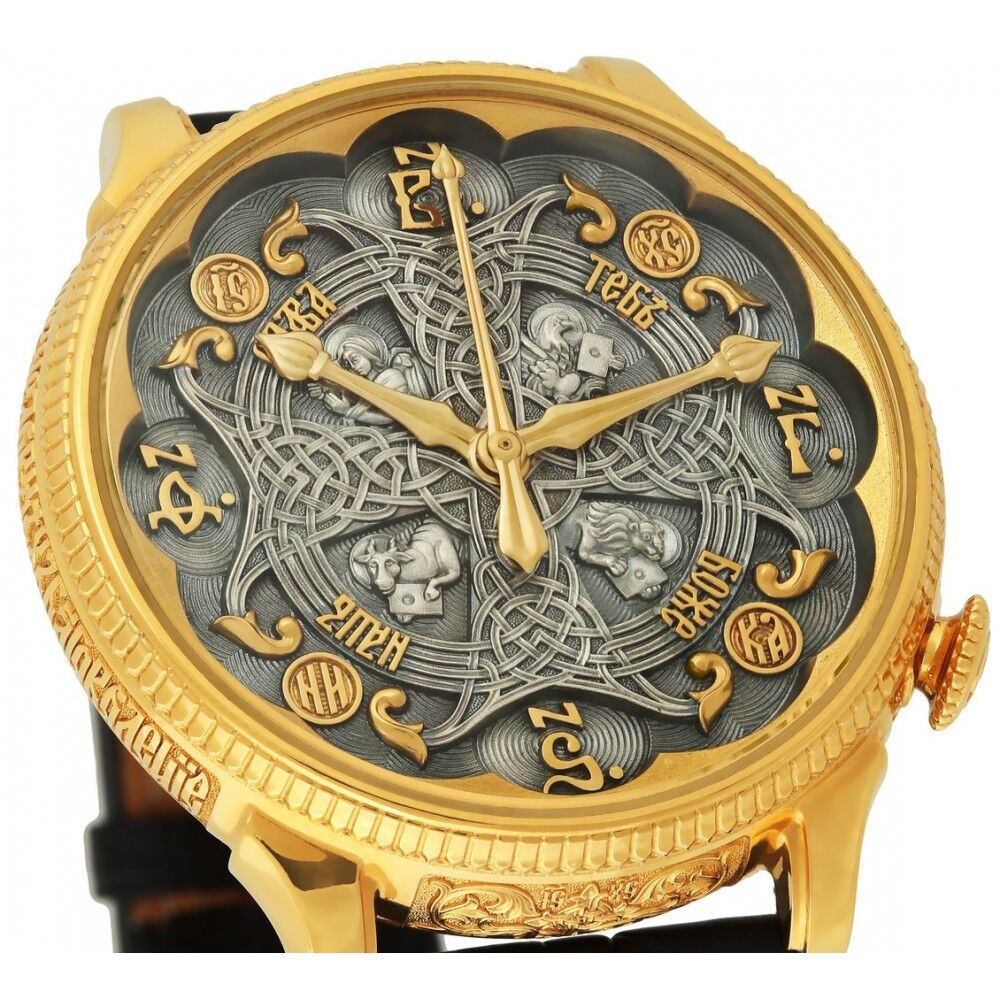 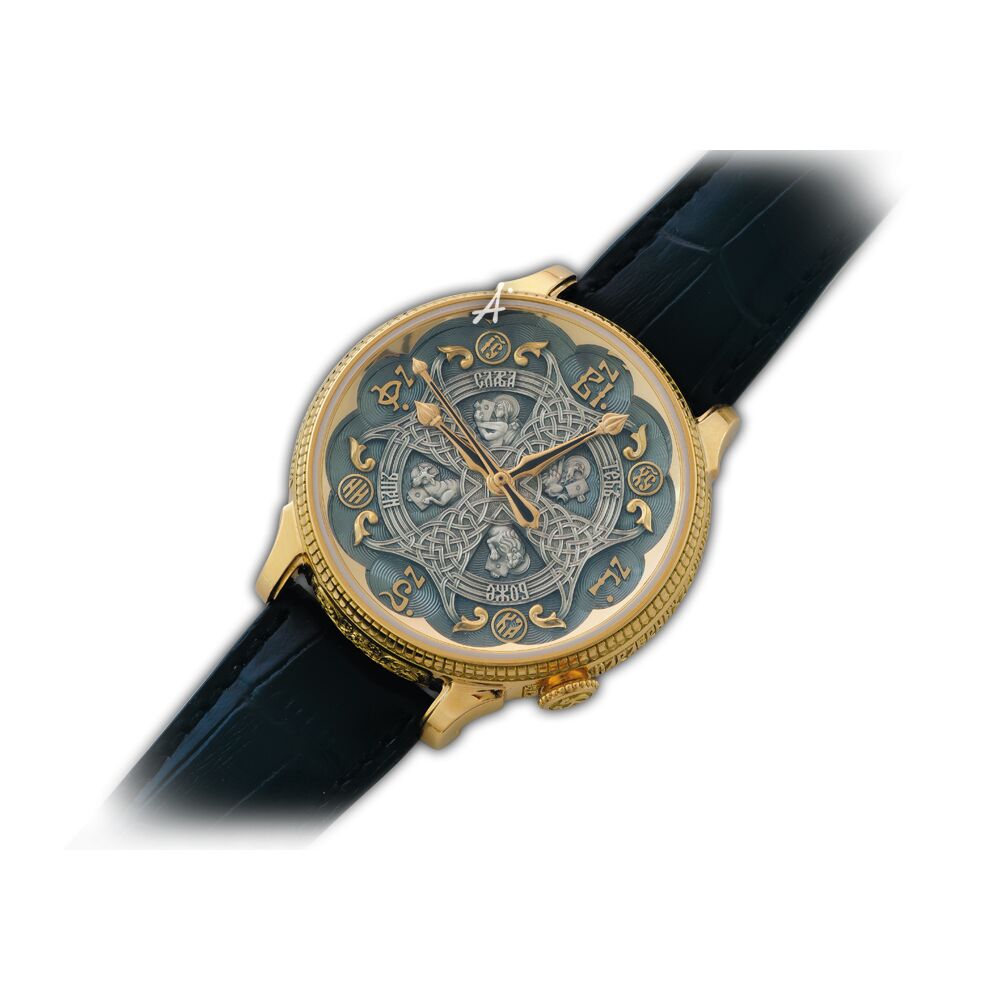 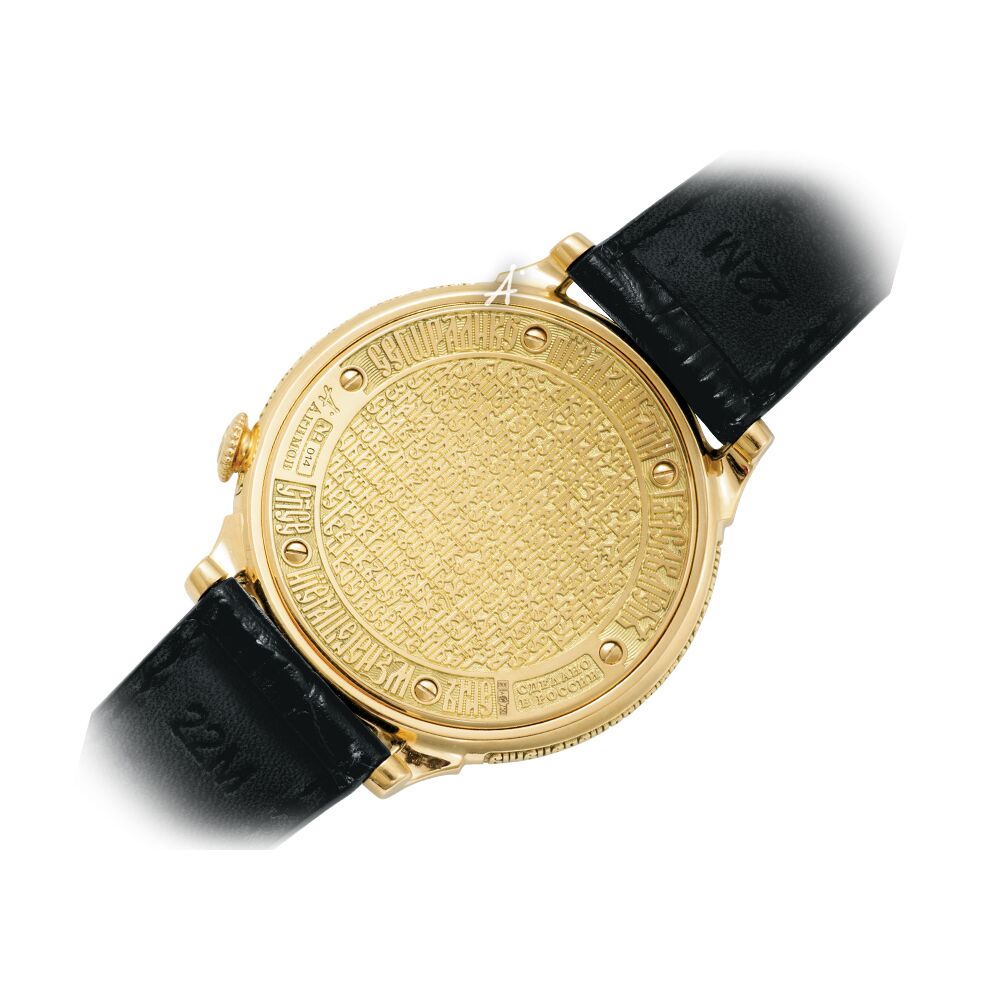 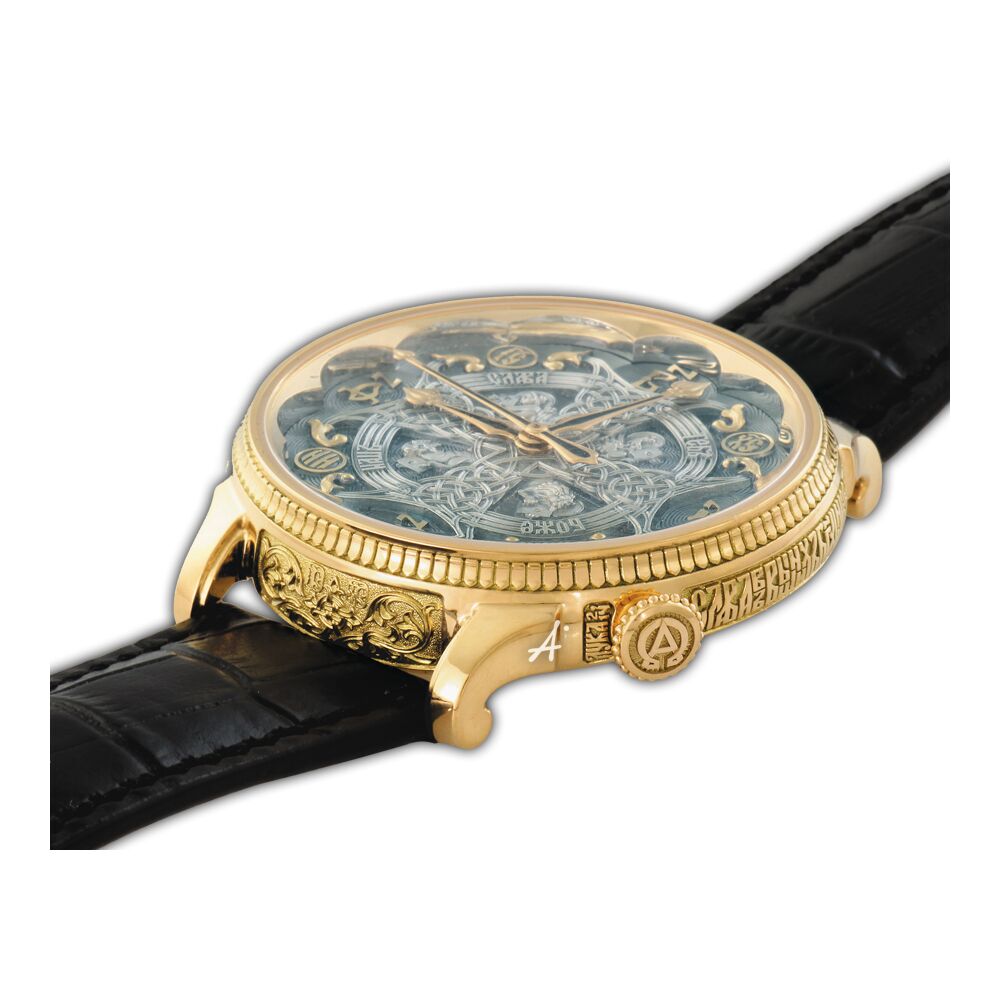 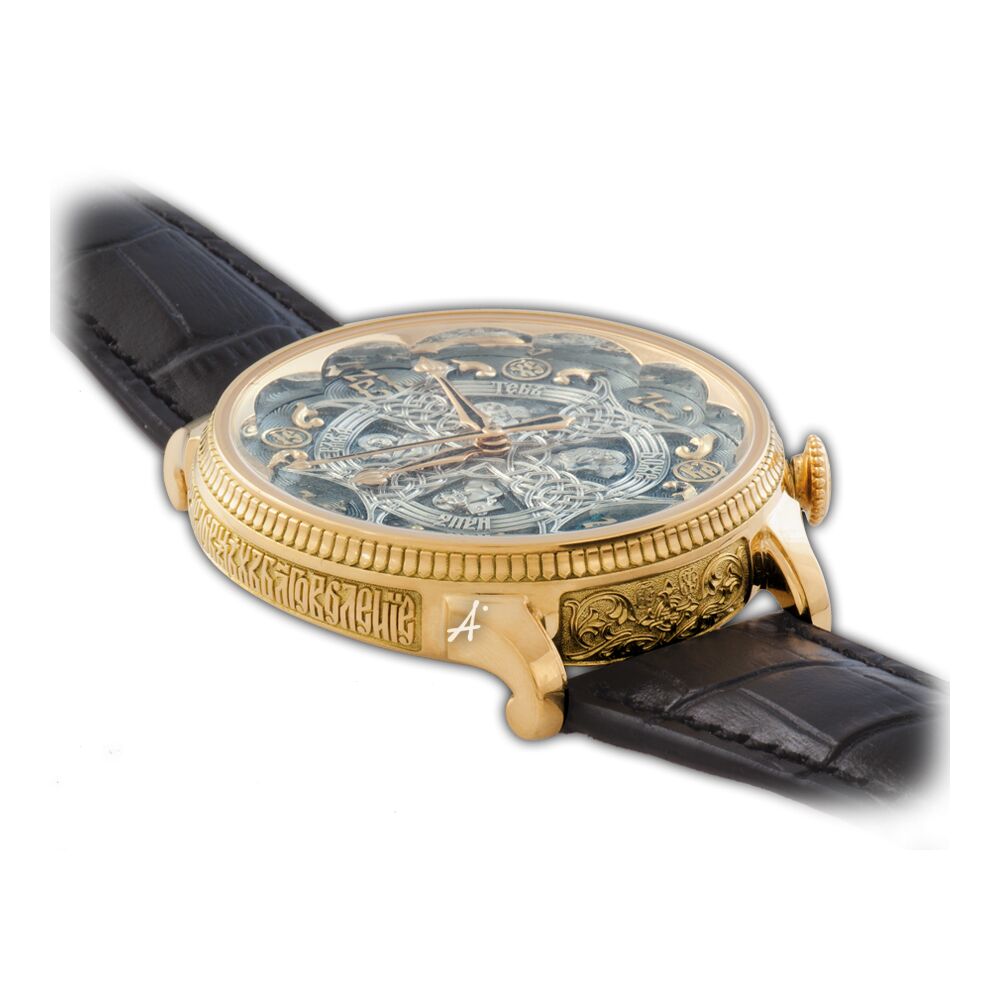 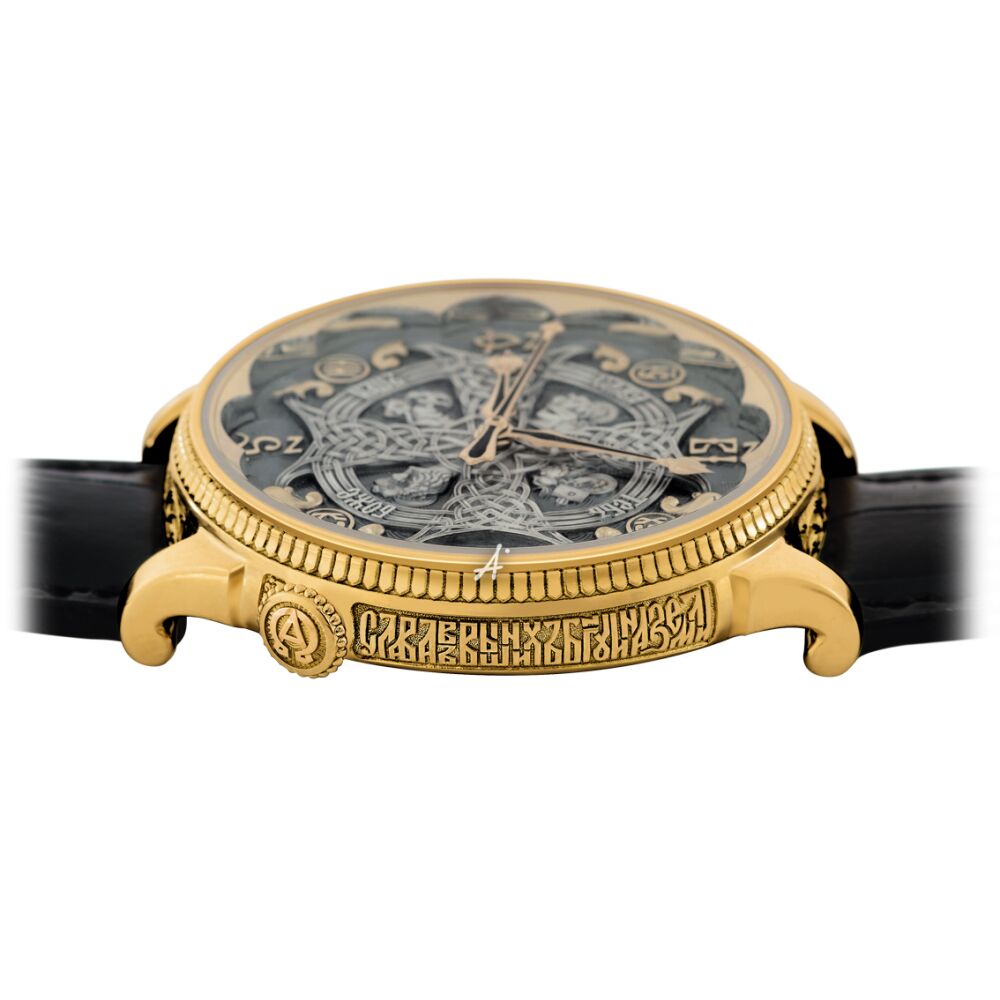 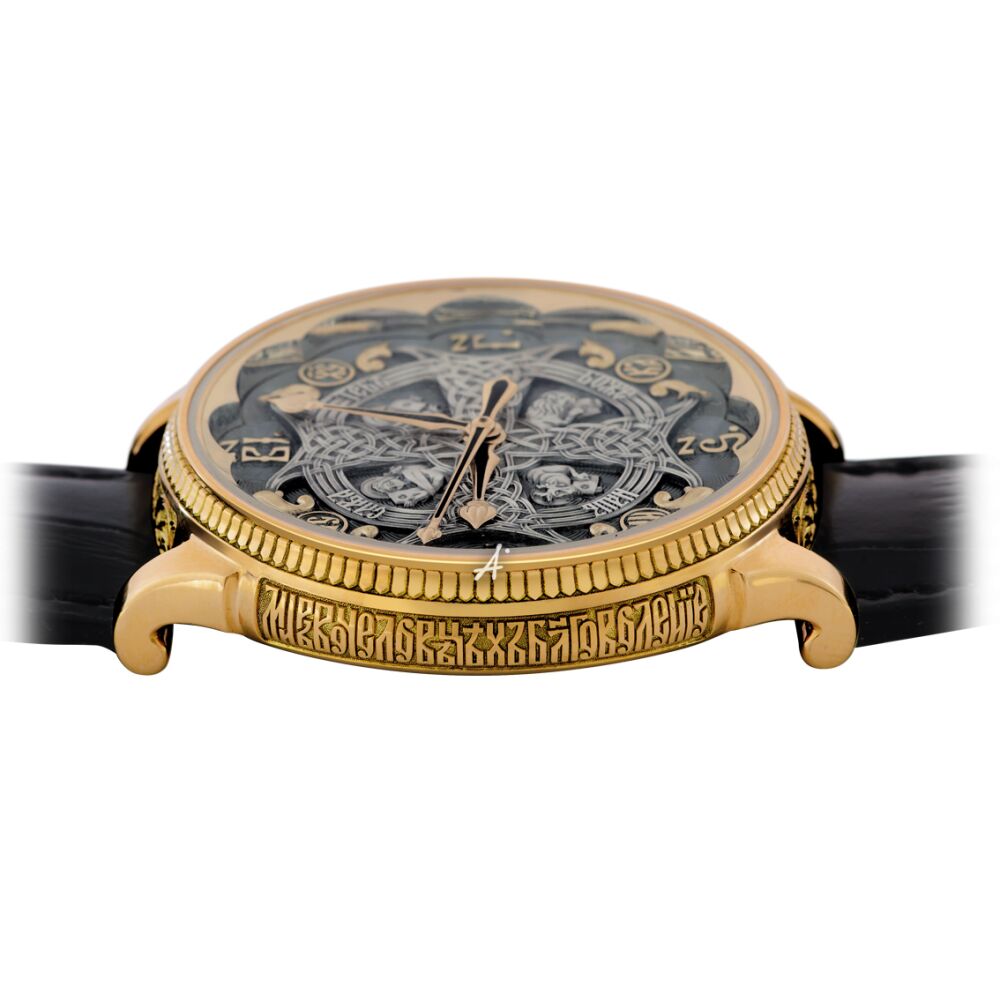 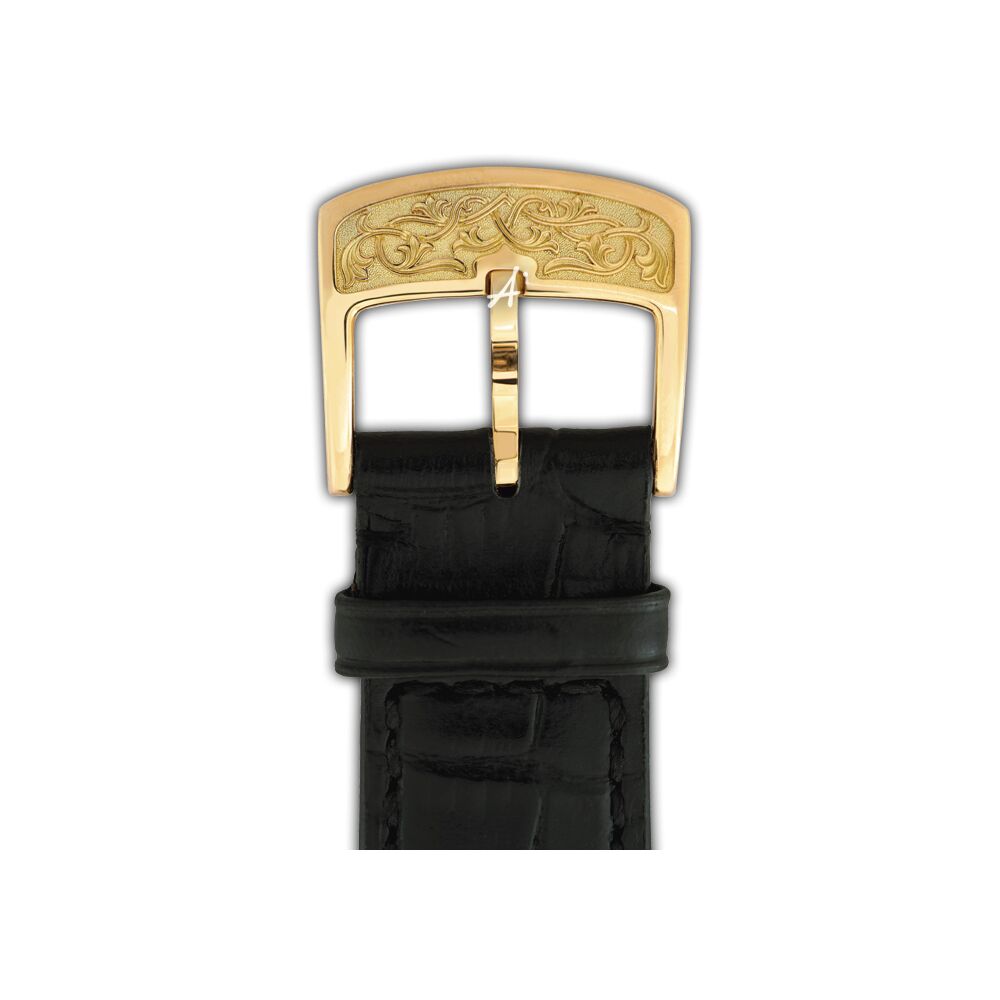 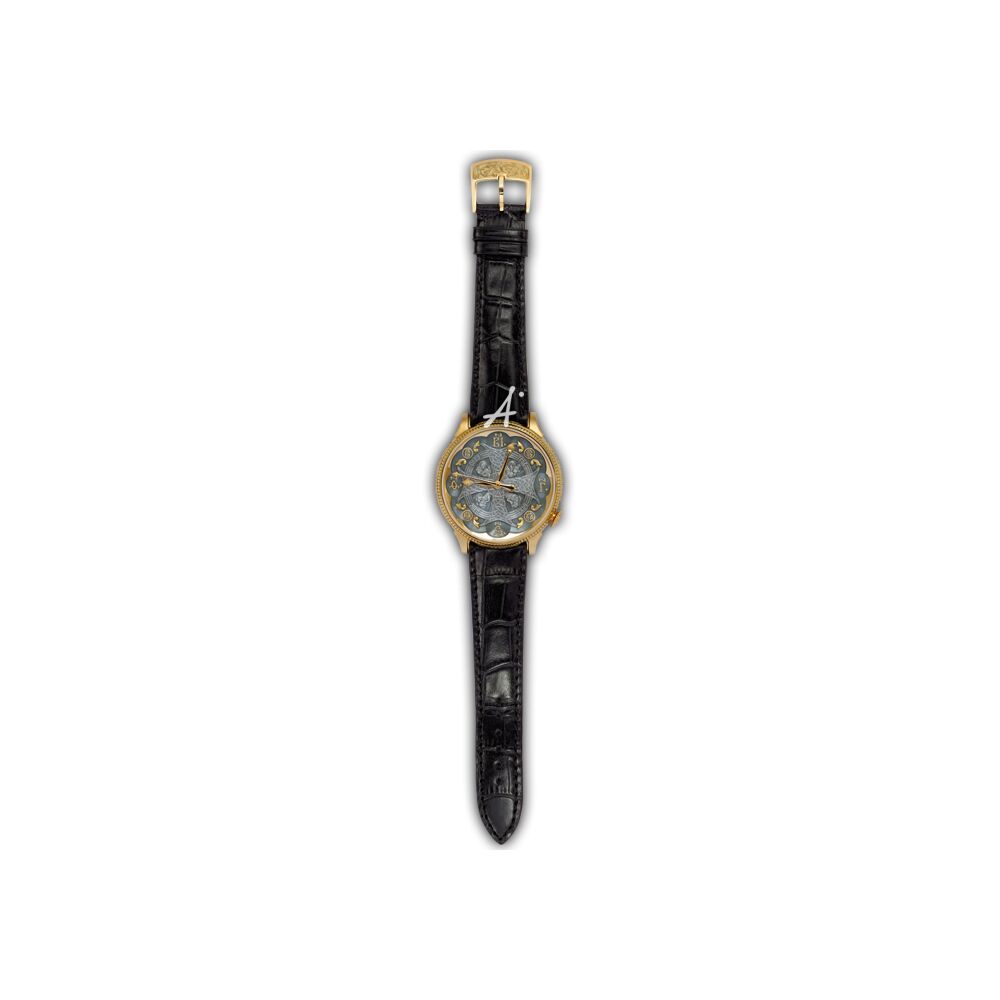 "The Orthodox faith, the Orthodox view of the world, space and time are the main idea of a new collection of wristwatches with the Orthodox symbols, by ""Akimov"" Jewelry Company. The Orthodoxy message subject to an artistic image, design and technology, makes this collection unique, world's only. Watches ""Constantinian Cross"" are the first wristwatches that implement this comprehensive, global approach.

Watches of cultic type, including the Orthodox symbols, has been as well produced before. But manufacturers often simply replaced a face, less frequently upgrading a watch work functionally that was assembled in a unique copy. Every part of the watch ""Constantinian Cross"" brings a new meaning and a new value, and like a small brick participates the creation of a splendid integral building – of our Russian Orthodox sense of time.

Time is a jewel God loaned to us; therefore watches are often made of precious metals. In the watch ""Constantinian cross"" precious metals application is interpreted artistically and symbolically in terms of the jeweler's art of the Orthodox Church. The watchcase is made of 18K gold, face being of 925 sterling silver. Gold and silver combined in one piece create a beauteous and rich color combination that allows revealing the natural color intensity of each metal. This artistic trick has an ancient tradition and is for many centuries widely used in the art of the Orthodox peoples. In the Orthodox symbolism gold and silver are endued with deep anagoge. Kingdom of Heaven, New Jerusalem, sanctity radiance – everything that relates to God – is imaged in gold. Purity, chastity, Transfiguration and Grace Lights are shown in white and silver. Together, they create an image of Heaven and world unity; Kingdom of Heaven and the Church; Jesus Christ and the Blessed Virgin.

In the watch ""Constantinian Cross"" symbolism of gold and silver application is supported with high-tech solutions. The case and face are made by a unique method of bimetal vacuum die casting, and are a unified integral whole. In bimetallic articles gold and silver are strongly melded mountless and seamless. In jewelry, this technique is unique due to high labor intensity of bimetallic artworks that require significant technical and technological knowledge, experience, and truly precision workmanship. Currently, bimetallic articles are produced only by masters of ""Akimov"" Jewelry Company. An article made in this technique is descendible as a family heirloom. It will look spick and span for centuries without breaking and wearing off. Casting technique developed by the ""Akimov"" Company also permits the most complex reliefs to be cast with a fantabulous accuracy. For example, a three-dimensional face and ergonomically shaped caseback are an exclusive innovation of the ""Akimov"" Company, unparalleled anywhere in the world.

The watch jewelry design is elegant and compact; it does not violate the device functionality and at the same time draws the eye. The longer you peer into the face, into the delicate rhythms of its ornament, the more of high senses opens to you that raise the human mind from the temporary to the eternal.

At the heart of the watch artistic appearance and symbolism there lies an Equilateral Constantinian cross inscribed in the face circle. Circle is a symbol of eternity, of the sky, of the sun, the cross being the sacrament of Christianity.

In the Orthodoxy venerated are variously shaped crosses, equilateral one being among the oldest and most revered. It was first found in early Christian catacombs on the coffins of the first martyrs. Equilateral cross gained special currency in the eastern part of the Roman Empire, in Byzantium. Such crosses can now often be seen on the temple domes in Greece, Serbia, and Bulgaria. In Russia, the equilateral cross is most often used in the applied arts and book illustrations.

Equilateral shape of Constantinian cross is the image of harmony of God created world and of transcendent Divine essence; of equal preciousness of all corners of the earth for the Lord and their conjunction in God. “As four cross ends are kept together and joined by its heart, so the Divine power keeps up the height and depth, the latitude and longitude, that is, visible and invisible creatures"", – St. John Damascene (7th century), the great theologian and ascetic has written. Every cross has a mystical image of Christ Himself, of His Kingdom of Glory. The Gospel says that before the Second Coming of Christ there in the sky will first appear the ""sign of the son of Man"" (Matt. 24:30), the Cross of Christ ""illuminating the whole earth from end to end of it, more than the solar brightness and proclaiming the coming of the Jesus, the Lord."" (St. Ephrem the Syrian, † 373). At that hour earth time will stop its flight.

In the junction of the cross woven beams symbolic figures of the four evangelists – Matthew, Mark, Luke, and John – are placed on the face. According to legend, only after the world evangelism, Jesus Christ will come to earth for the second time. He will judge the wicked and justify the righteous that will enter the Kingdom of Eternity together with Him through the Gates of Glory. The image of the enlightenment of all parts of the world by the Christian faith is supported with the hands shape. Hands are in-house gold cast specifically for this watch.

Their ends have an onion dome design of the Orthodox churches. Unanimity of the Heavenly and the earthly in Eternity is emphasized by an inner circle, whose lines are woven into the cross beams. On the circle a prayer of praise to God, the Creator is written: ""Glory to Thee, our God""! The face artistic image is harmoniously completed by Old Church Slavonic writing of basic numbers. 12, 3, 6 and 9 are indicated with Cyrillic numerals.

The face decoration is inextricably connected with the case, wherein it expands stylistically and semantically. On the case within the frame of ornamental inserts there are circle-wise written words from the Gospel of Luke in Old Church Slavonic: "" Glory to God in the highest: and on earth peace to men of good will"" (Lk. 2:14). This song that the angels has sang at the birth of the Savior, starts the Great Doxology – the service, with which the ancient Church welcomed a new day dawning. About a five-hour mark in the most comfortable and ergonomic place there sits a golden stem of watch. It does not prevent a holistic perception of the case decor composition; on the contrary, supports it with the outline of symbolic letters Α and Ώ. Alpha and Omega are the first and the last letters of the Greek alphabet. ""I am Alpha and Omega, the First and the Last, the Beginning and the End"" – thus the Lord speaks of Himself in the Book of Revelation (Rev. 22: 12-13). That symbolizes life start and termination with God, all the completeness of it dwelling in Him.

On the case cover written is another prayer associated with liturgical time. That is a sticheron from the service on the Orthodox New Year, which celebrated by the Church on September 14 (1). ""Wondrous are Thou, O Lord, and marvelous are Thy works, and unfollowed are Thy ways: for is Thou God's wisdom; and hypostasis and the power are perfect; and coeternal is Thou, Who came into the world through creative and absolute power of Thou looking for enriching creation of Thy, ineffable from the virgin Mother not abandoned by Divine essence and instructing the rules and years for our salvation unchanged. Wherefore exclaim Thee: Glory to Thee, O benevolent Lord.”

The image was assiduously created by Sergey Akimov, the artist, and team members of the “Akimov” Company."

Write a review
Stay in touch