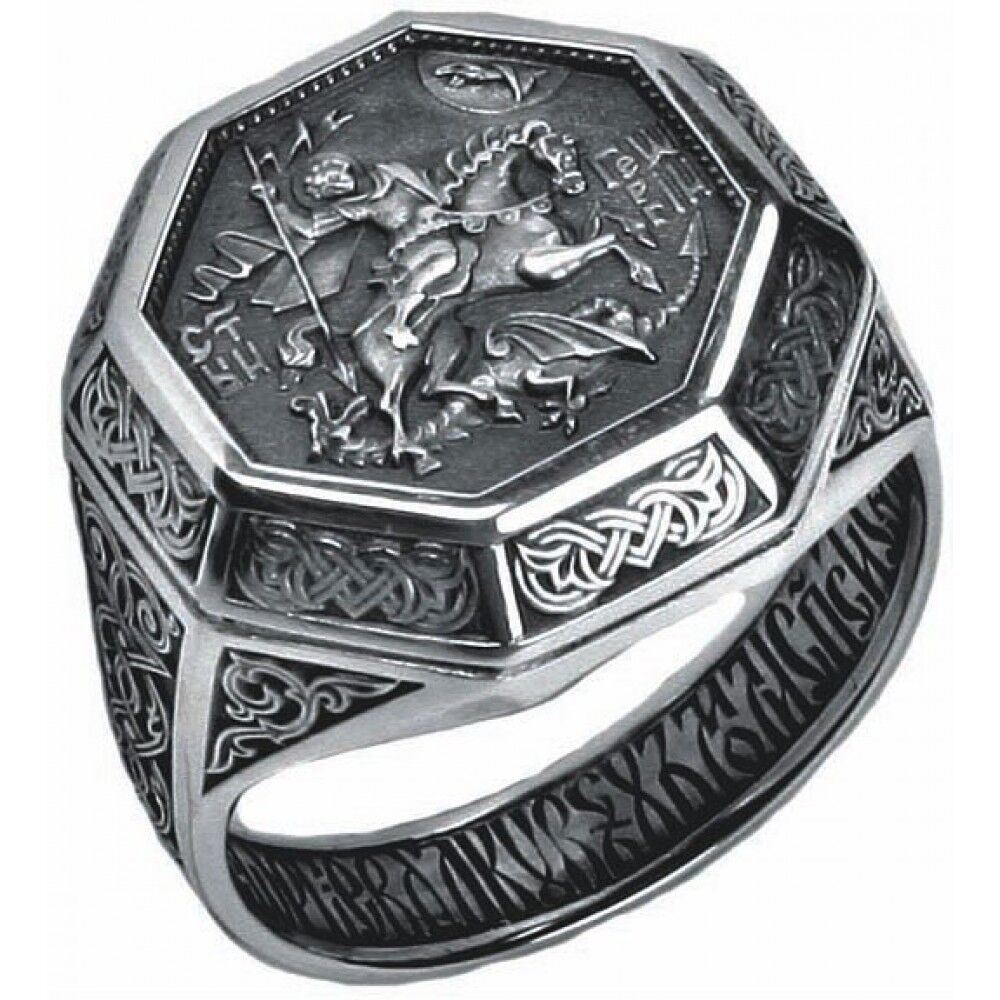 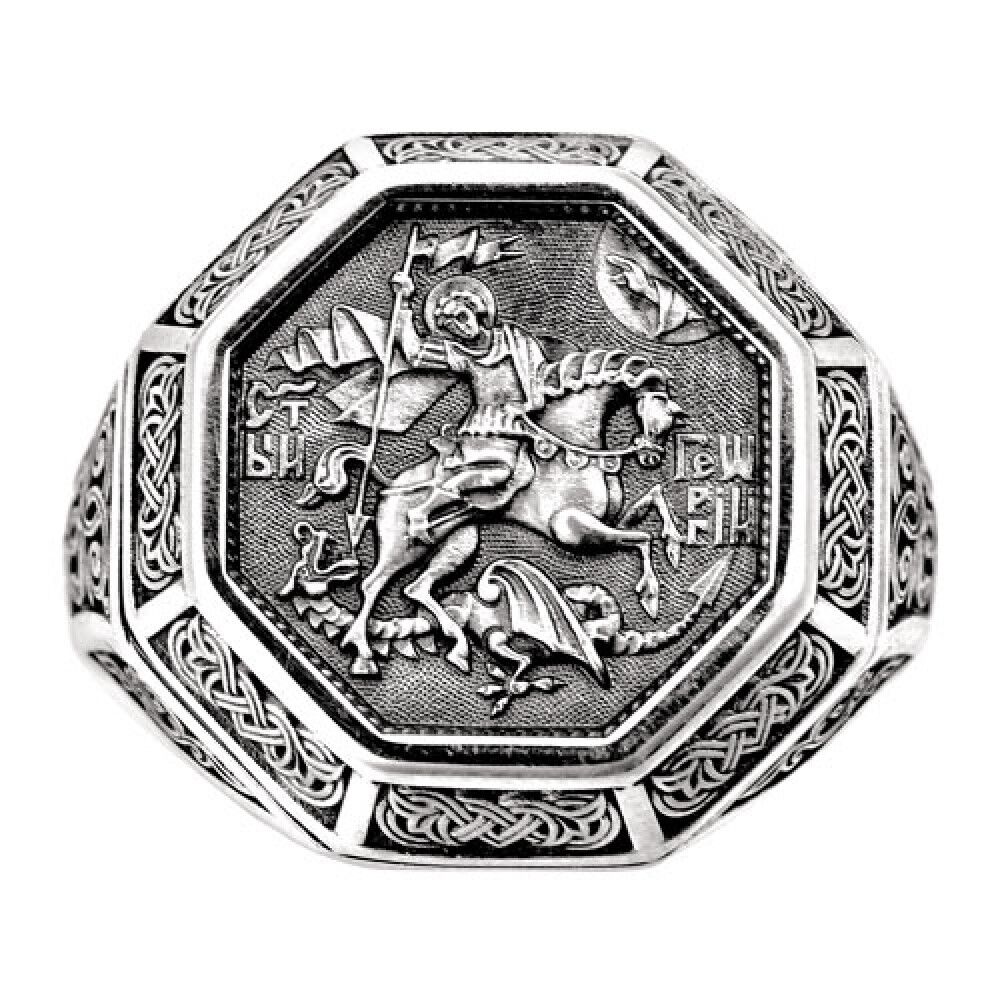 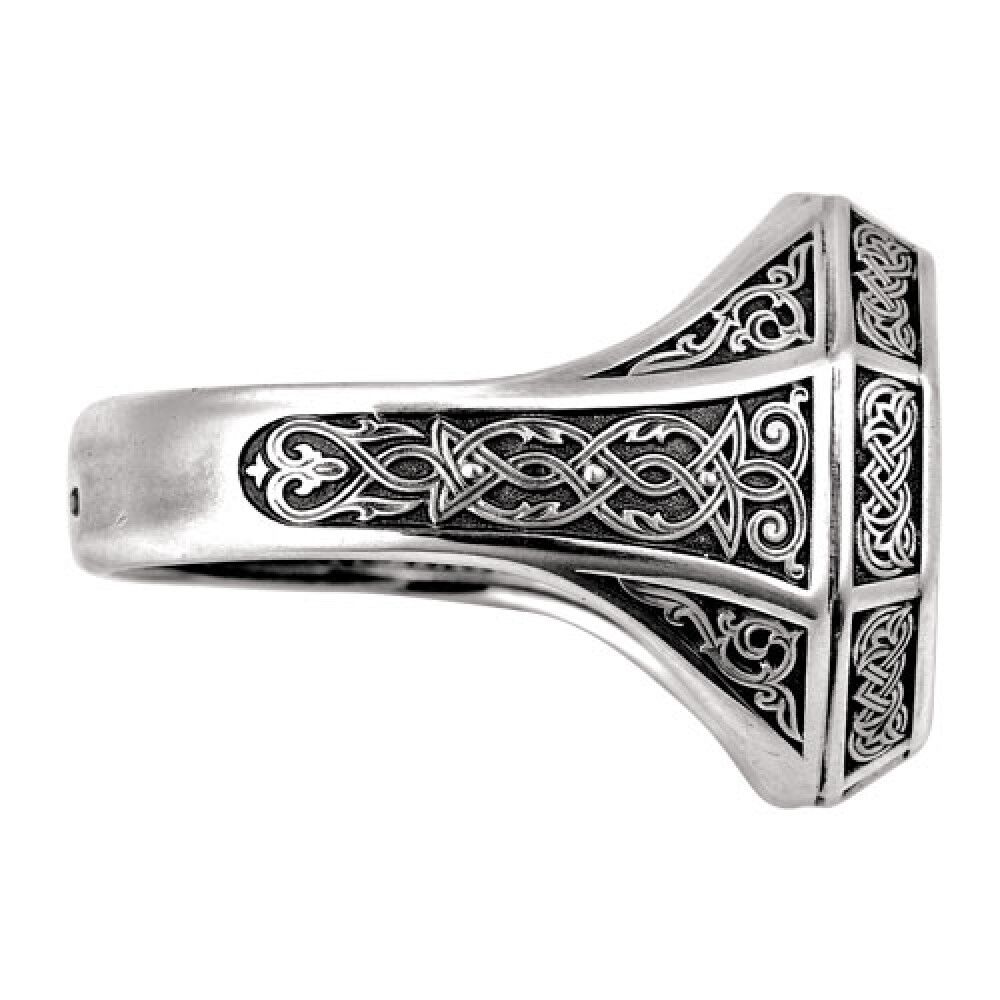 Here on the octahedral cover St. George the Slaying the Dragon is given, the shank having an invocating prayer with an application to God for giving protection to the bearer: “O, St. George, pray the Lord of the world for redemption of mine”.

St. George, the Great Martyr († 303 г.) is one of the most beloved saints in Christendom. In Russia he has been venerated since the 11th century. Since 12th century great martyr St. George has been portrayed as serpent champion and named Victorious. The martyr`s name was modified in Russian manner and worshipped as Egoryi, Egor, and Yuri. Ptinces venerated the Saint as a warriors patron, peasants prayed him for their livestock. St. George, the Great Martyr is commemorated thrice a year: on November 16, on December 9, and on May 6. The death day, May 6, is called Yuri’s day and celebrated in a peculiarly grand manner.

The Great Martyr George († 303 г.) was a Roman military leader. In Diocletian times when Christians were prosecuted he declared himself to be a Christian, and was subjected to appalling torture on his own free will. After a next torture a thunderous voice was heard from the heaven: “Don't be afraid, George, I am with you!”; and an angel appeared before the martyr to heal him. At that hour два two praetors Anatolius and Protoleon, and Diocletian's wife queen Alexandra (all three are commemorated on May 6) came to the Gospel. The Saint was again tormented but he did not feel pain, and was miraculously healed of all the wounds. Moreover, in evidence of his belief verity he raised a dead prepared for burial. After that George was imprisoned for a long time. Then the Christians started bribing the guards and going to him with their needs. Once a heathen peasant named Glycerius came. Glycerius glorified Christ and died as a martyr. The wonder of raising the bullock was so the basis of St. George worshipping as a patron of cattle breeding.