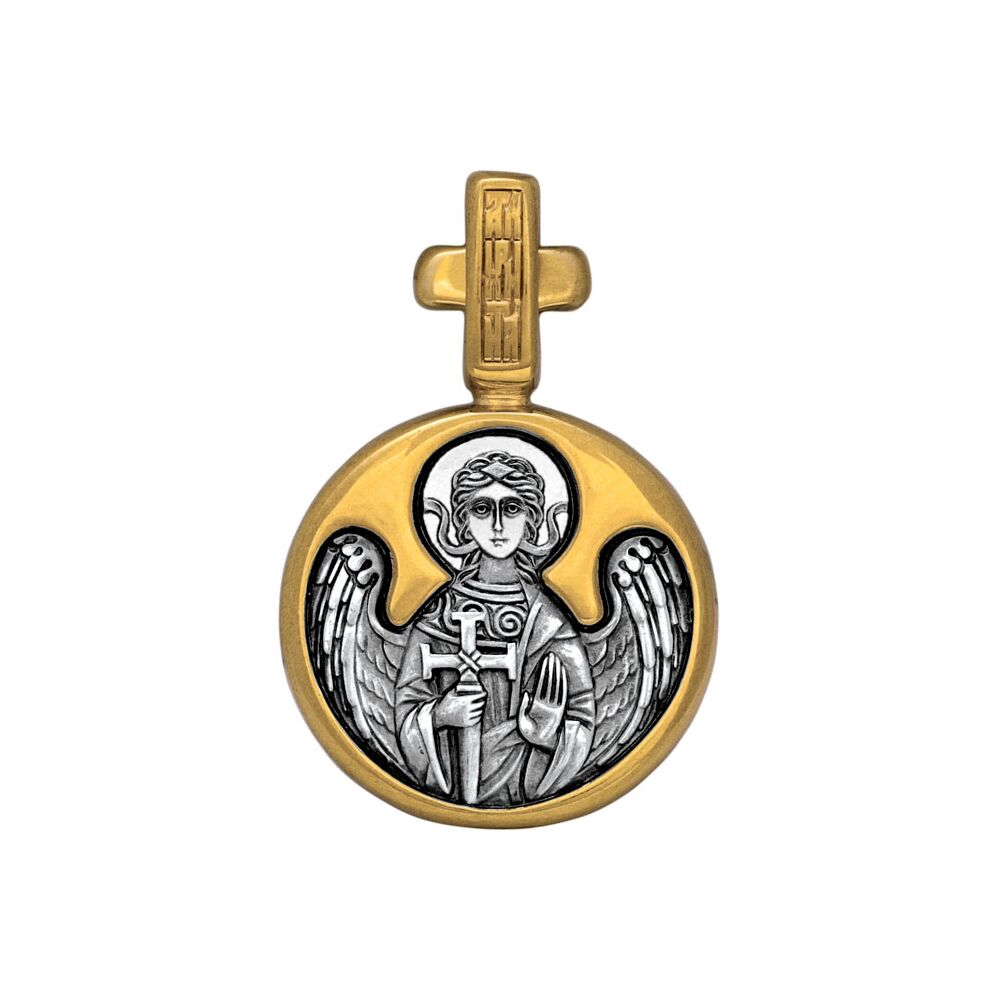 "A small locket with the icon of St. Olga on the obverse, and an image of Guardian Angel on the reverse is round-shaped. Circle is the symbol of eternity, of Heaven and of God, the sign of God praised saints abiding with Him in eternity at Heaven.

St. Equal to the Apostles Olga was the wife of Igor, the third of Russian princes, and the grandmother of Grand Prince St. Vladimir, Equal-to-the-Apls, Baptizer of Russia. In the first half of her life she was pagan and lived according to blood feud laws. Her hagiography tells how ruthless she was taking vengeance on the assassins of her husband, Prince Igor. She decoyed them to a feast and burned them down alive in the bathhouse. As a widow she became the Kiev ruler under her small son Svyatoslav, and soon was familiarized with Christianity, and was baptized in Byzantium in Constantinople.

After baptism the life of the Princess changed extraordinarily. Her slyness and discretion grew into wisdom, her heart being filled with love and striving for good.

After Svyatoslav acceding to the throne Olga undertook a plenty of missionary trips along Russia, preaching the Gospel. Greek priests accompany her. Multiple of her hearers were baptized. At that time first Orthodox temples were erected.the most well known is the Trinity cathedral in Pskov, which was founded by Olga on the site of miraculous vision of the Blessed Trinity as three bright rays.

The Princess tried to incline her son to Christianity as well. But the brave warrior got accustomed to battles refused flatly: “How can I accept a different law? My soldiers will mock at that”. For fear of her recalcitrant son anger Olga even did not dare to baptize her grandsons, Vladimir, Oleg and Yaropolk. However, the Christianity seeds had been still planted.

Olga`s activities prepared the fertile soil for the posterior baptism of Russia by her grandson Vladimir.  Owing to her activities the Christianity began to spread peacefully through the Russian land conflicting nowhere with paganism. By 988 Christian communities and churches had been already not only in large cities, but even in smaller villages.

St. Olga deceased in 969. She was buried in the Church of the Dime.  When Vladimir rebuilt the temple her relics were found quite uncorruptible. But later on they has been concealed and now are uncertain about.