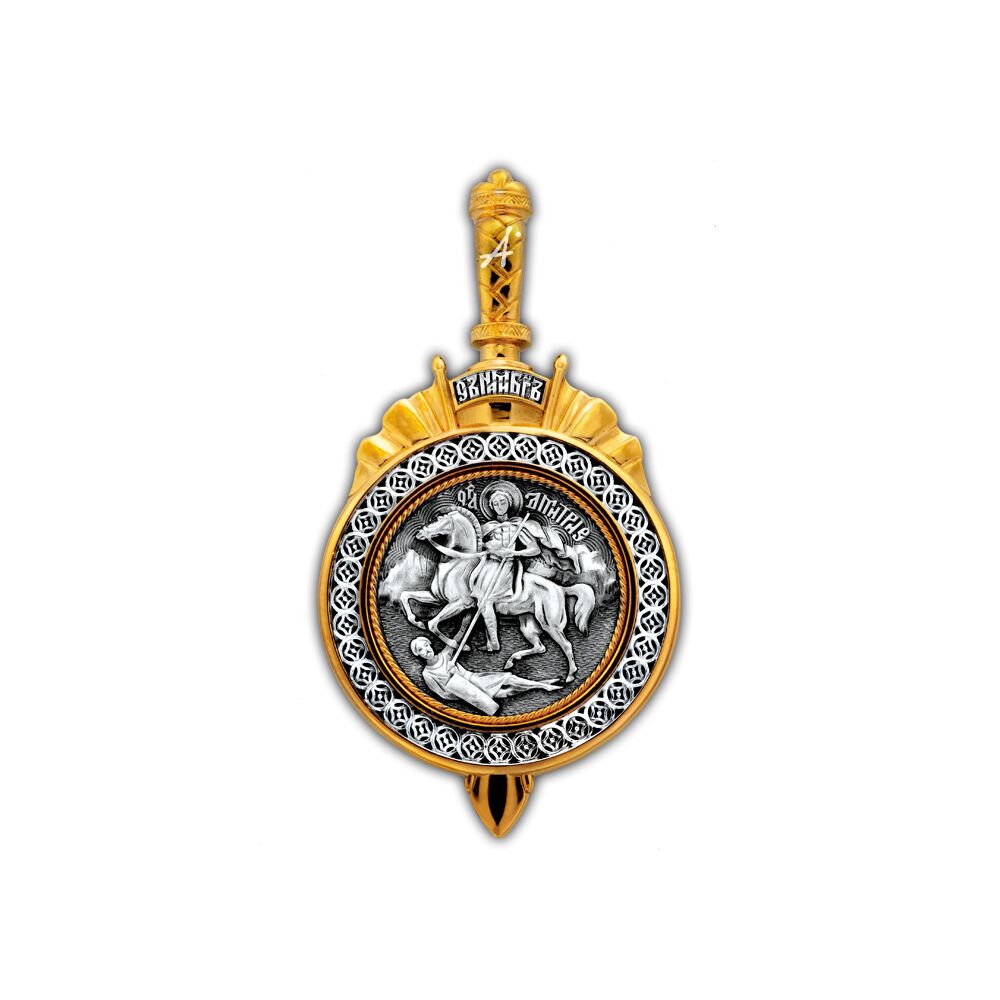 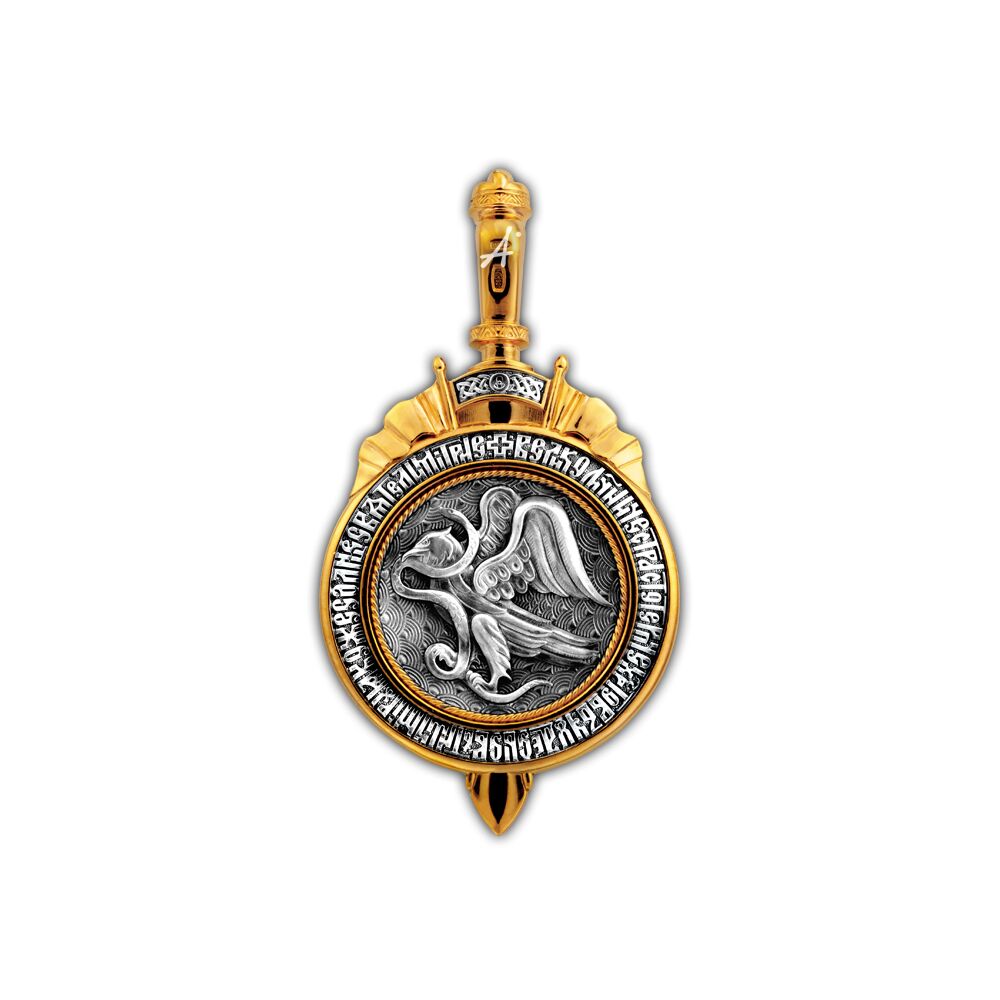 «Great Martyr Demetrius of Saloniki»St. Demetrius was born to pious Christian parents. Descending from anoble Greek kin, he therefore established a quick career in the service of theEmperorGalerian, and became an imperial vicegerent of Hellas. Despiteof persecutions of Christians thatstartedintheRoman Empire, the saintcome out into the open Christianity and was a brilliant gospel-pusher.By order of the Emperor Maximianhewas taken into custody andspeared there till death.

Multiple of churches and monasteries were consecratedin honor of the saint, the city Dimitrovbeing named after him. The name of St. Demetrius became one of the most popular in Russia. The most famous Cathedralof St. Dimitriy in Vladimir was built in 1190-ies by Prince Vsevolod the Big Nest (baptized as Dimitry). For this cathedral an icon painted on “coffin board” of the martyr, and his robe werespecifically brought from Thessaloniki.

On the icons St. Demetrius was depicted as a warrior in full armor, often on a throne. At the end of the 13thcenturyin the Byzantine Empire, St. Demetrius was depicted ina new image — of a horseman spearing a wicked kingKaloyan (1197-1207). This kinghaving ravaged many cities in the Greek territory — in Macedonia and Thrace — in 1207 went up to Thessalonica but died all of a sudden before the assault. According to legend, it was St. Demetriuson a horse whoappeared at night and hit a spear through the king’s heart.

In Russiasuch icons appeared in the 16thcentury, but instead Kaloyanthey portrayed defeated Khan Mamay. The appearance of such an imageis explained byan annalistic noveletof the Battle of Kulikovo. It describes a vision according to which the Great Martyr Demetrius, the patron saint of DimitryDonskoy, together with the Great Martyr St. George and Sts. Boris and Glebrescued Russian troops and helped to defeat wicked invaders.After the Battle of Kulikovoa litywas served in the Trinity Monastery of St. Sergiusfor all the deceased in that terrible battle. It was served by Blessed Sergius of Radonezh in the presence of the Grand Duke DimitryDonskoy. It was on a Saturday, shortly before the feast of St. Demetriusof Saloniki. Since 1380, on the nearest Saturday before the feast of the Great Martyr Church has commemorated all the dead warriors. Now this custom covers all the dead Orthodox, and the day itself being named Demetrius Saturday.

On our small icon the Great Martyr Demetrius is depicted beating Khan Mamay. The icon is madeas Russian two round shields stacked together. Stuck between are a sword and military banners. The obverse of thesword cross-guard reads: ""God is with us!"" Thecenter of the cross-guard reverseshows a falcon pecking a snake thus symbolizing the victory of Russian troops over evil. Aprayer to St. Demetriusis written around in Slavonic script: ""O you, Great Martyr,passion-bearer of Christ, Saint Demetrius, sun the worldwith your miracles.""

“Warring” imageofthearticleissymbolic.             According to ApostlePaul, everyChristianisa warrior of invisible battle who puts on the whole armor of God in order “to stand against the wiles of the devil” (Eph. 6, 11),and ceaselessly making spiritual war“against the world's rulers eof the darkness of this age, and against the spiritual hosts of wickedness in the heavenly places.”(Eph. 6, 12). Christ’scrossishis «greatweapon” and “two-edged sword”, steadfast faith inGodbeinghisstrongshield."