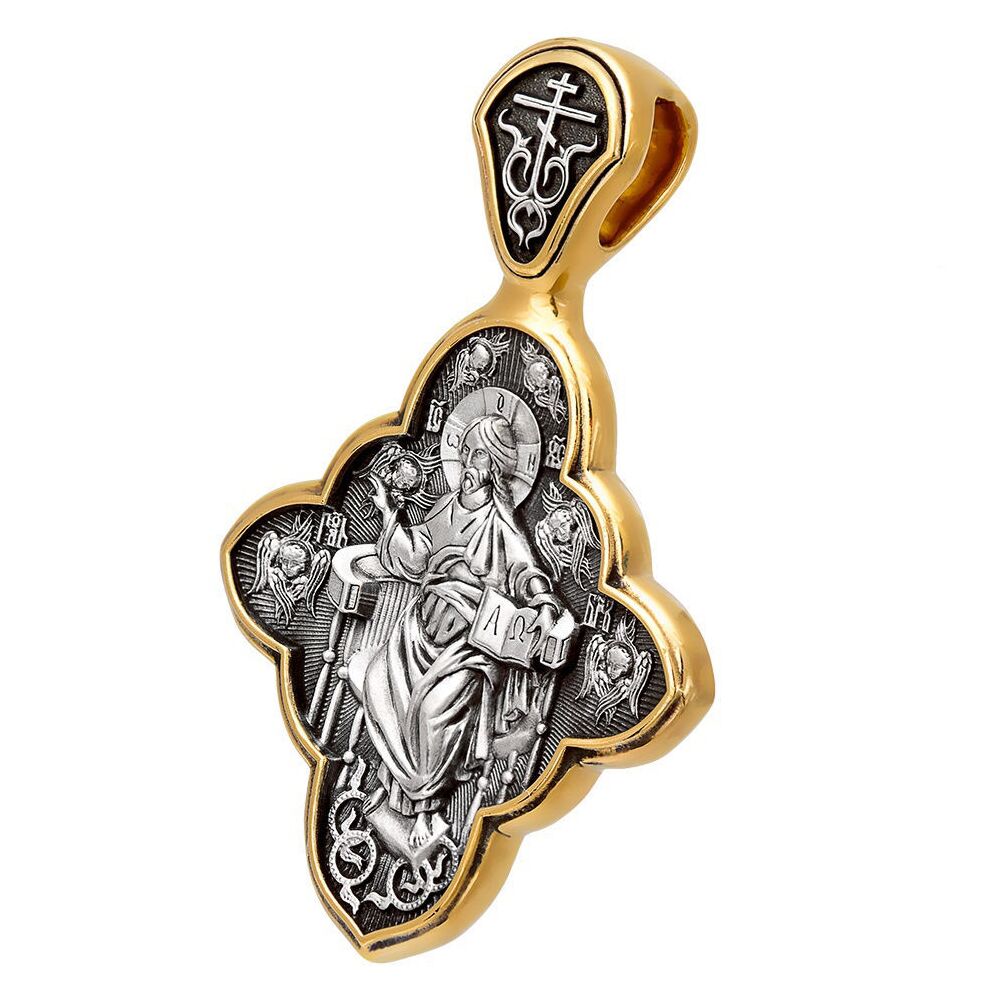 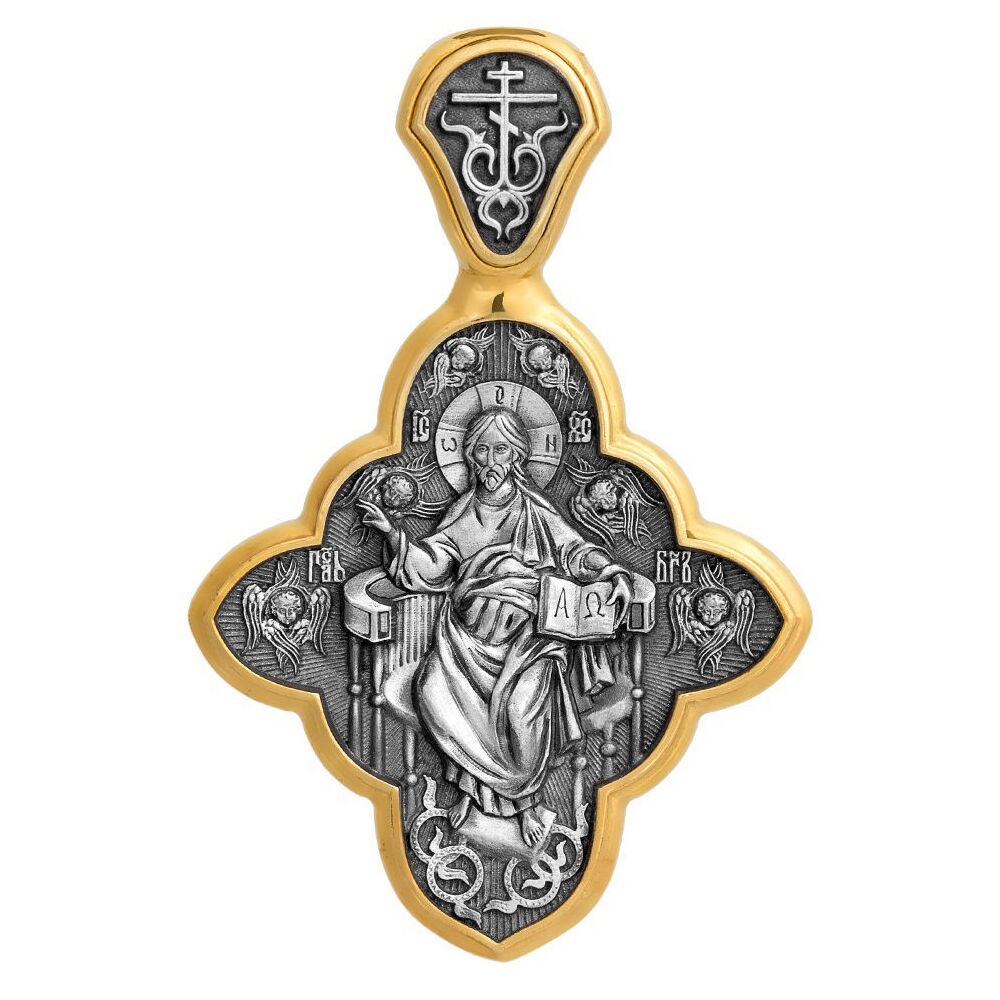 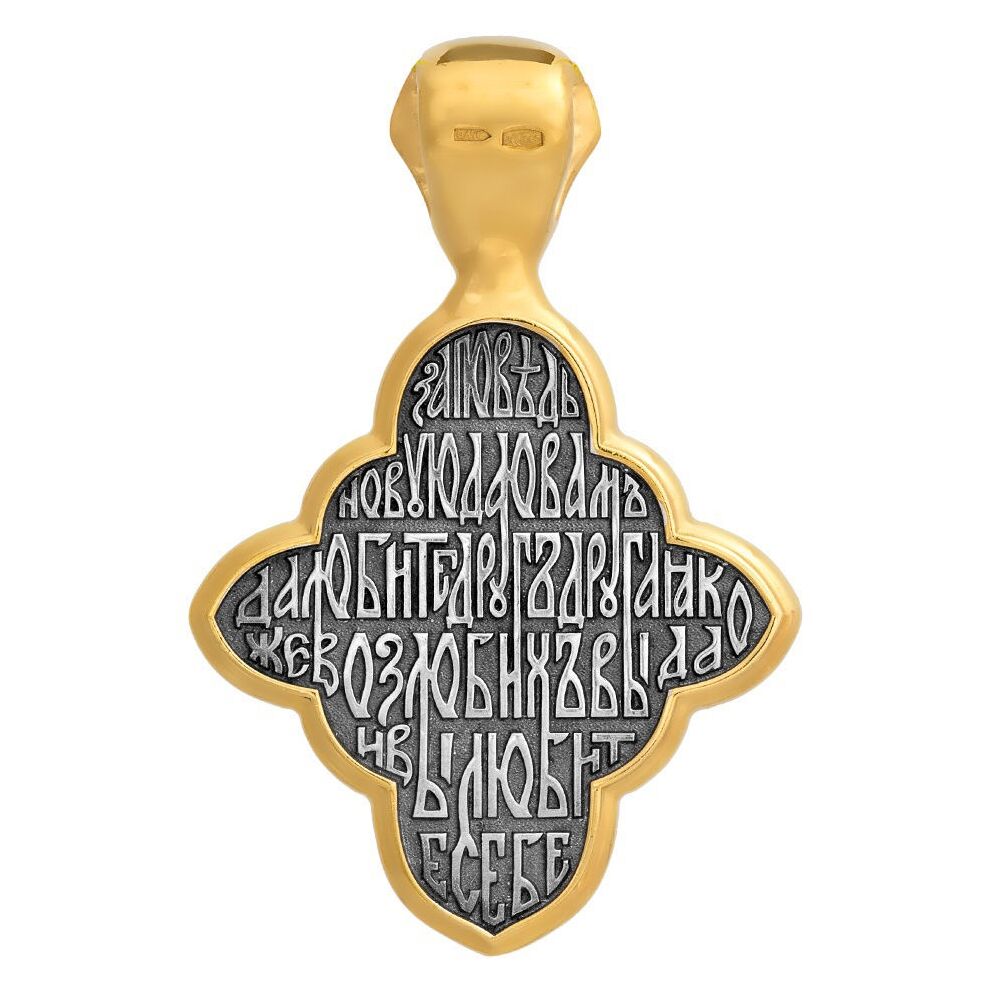 "Cross with the image of Our Lord Jesus Christ enthroned and surrounded by the Angelic Hosts is a creative replica of an ancient shrine cross of 16th century that is kept in the museum of the Trinity lavra of St. Sergius.  The image on the cross is a rare sculptural arrangement of the basic icon of high Russian iconostasion – “Christ in Majesty”. The specialists consider the icon “Christ in Majesty” a real theological treatise that discloses the theme of the Judgement Day to come.

The theme of the Judgement Day has been very popular in the medieval art, both in literature, and in painting. Eschatological attitude of minds, i.e. expectation of the near end of the world has at times spread among whole peoples, carrying human imagination away to spheres far from Scriptural revelation. Strict theology of the “Christ in Majesty” icon put into the center of the church iconostasion has been to bring the believer thought to a deeper comprehension of the Judgement Day sense put into the Gospel.

On the icon the Lord Jesus Christ appears as the King of kings. Surrounded by Seraphs and Cherubs, and resting upon the thrones that look like winged rings under His feet, the Lord is as if flying towards people. In His hands He has the Book of life wherein “Alpha and Omega” is written. The letters symbolize Him being “the First and the Last”, ‘the Beginning and the End of everything”. Inscriptions disclosing the sense of the Judgement Day are usually put on large church icons instead of letters: “Come to me, all you that labour, and are burdened, and I will refresh you”. (Mat.11:28); “I am the light of the world” (John 8:12); “mercy rejoiceth against judgment (James 2:13); “Judge not according to the appearance, but judge just judgment” (John 7:24)… At the end of mankind history God together with angels will descend to the earth in order to connect Heaven and earth and start the new history after separating the sheep from the goats, i.e. good-natured human beings from malefactors. The Lord will judge the world not as the severe prosecutor. He will judge the world through the word and light, since His justice means not punishment but saving and changing of the world, its purification and transformation. The texts on the Book of life pages in Christ’s hands are indicative thereof. The “Christ in Majesty” icon discloses the Divine love that passes judgment, grants healing and saving for futurity.

In Russia apocalyptic and eschatological attitude of minds has always been a part of national piousness, therefore the image “Christ in Majesty” became widespread in our country. However in view of complicated composition it was seldom put on the neck crosses.