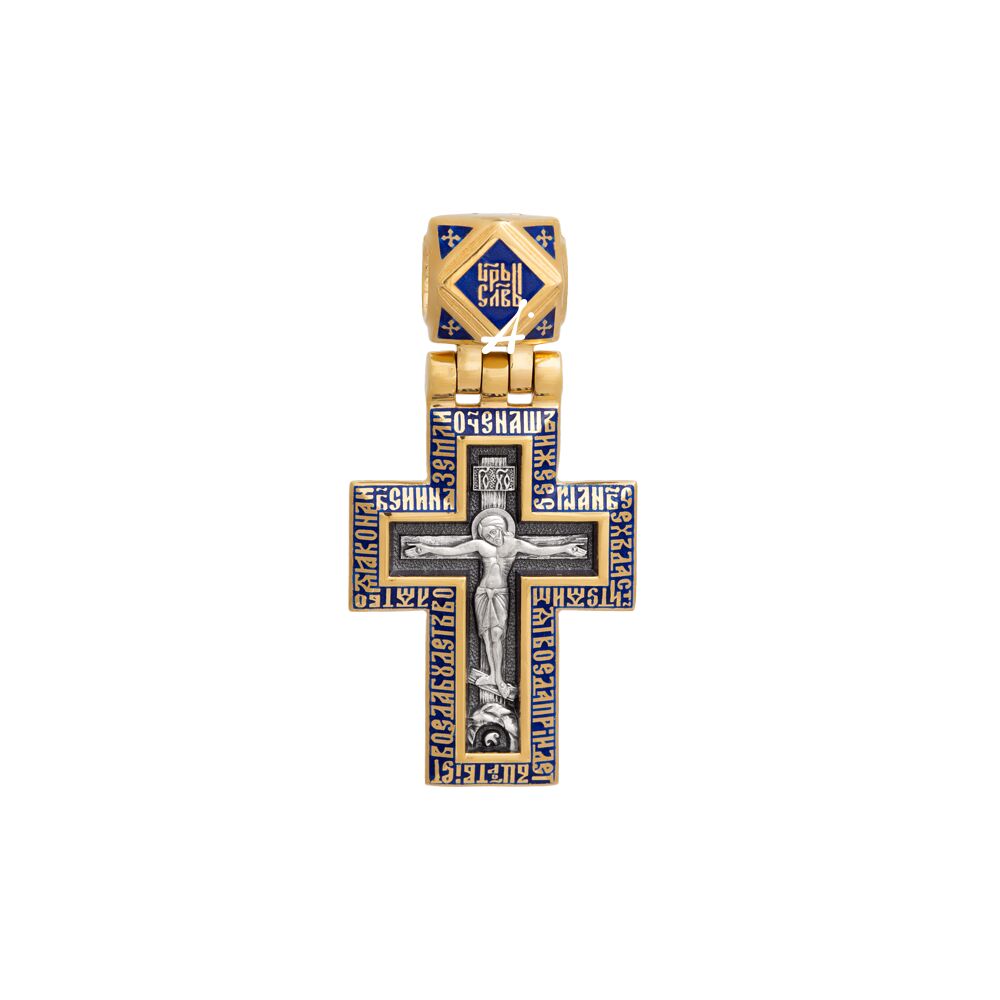 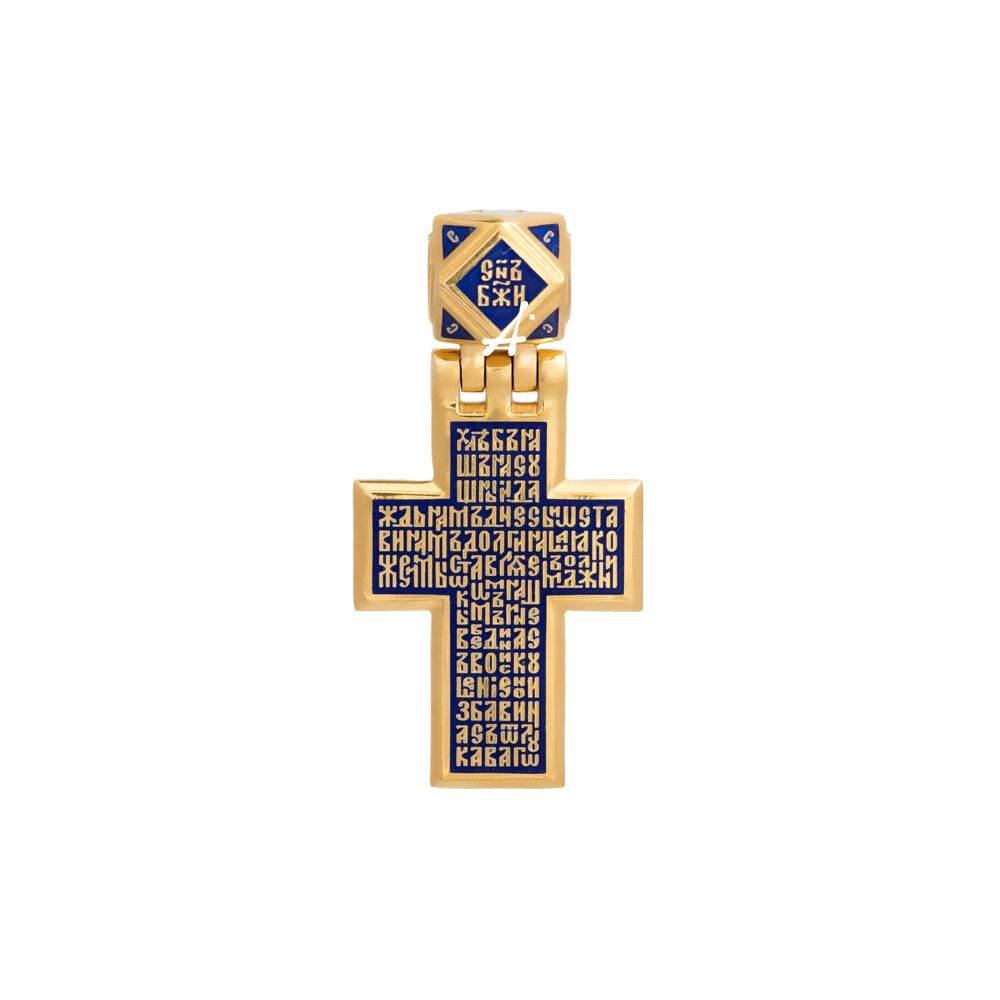 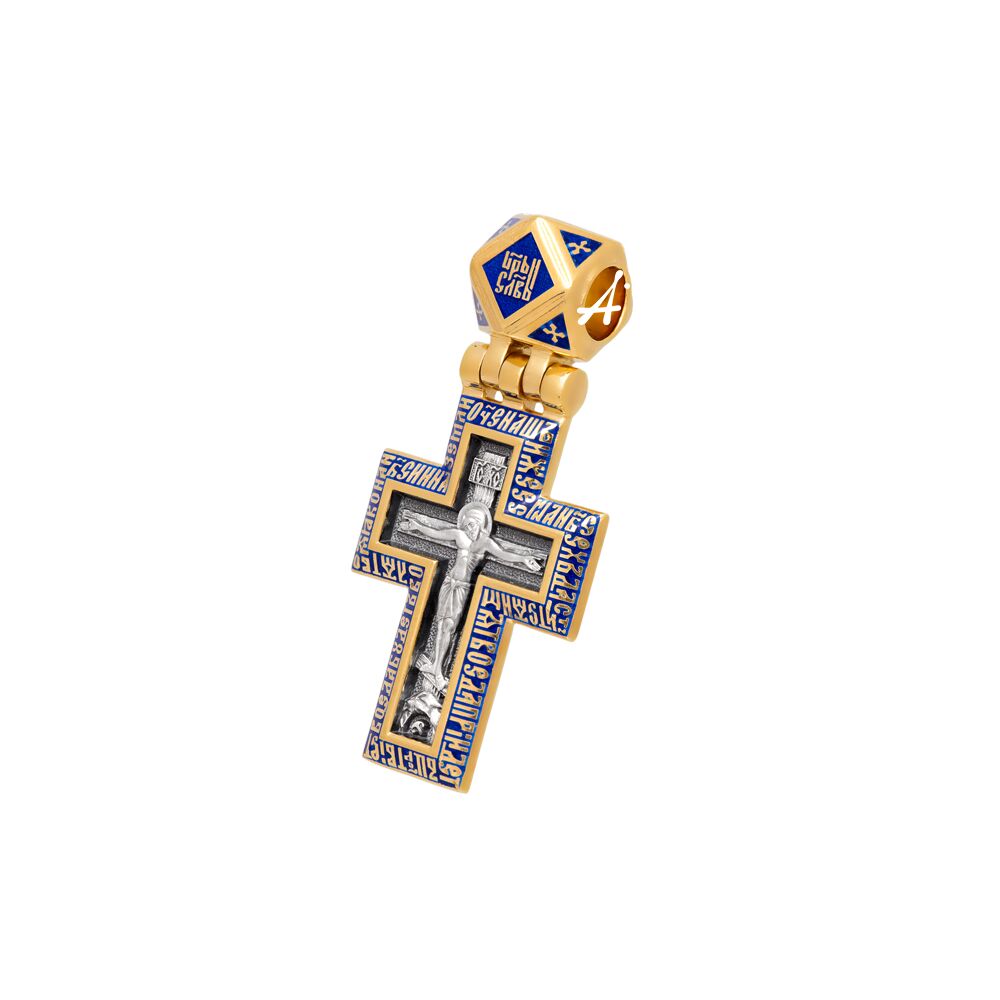 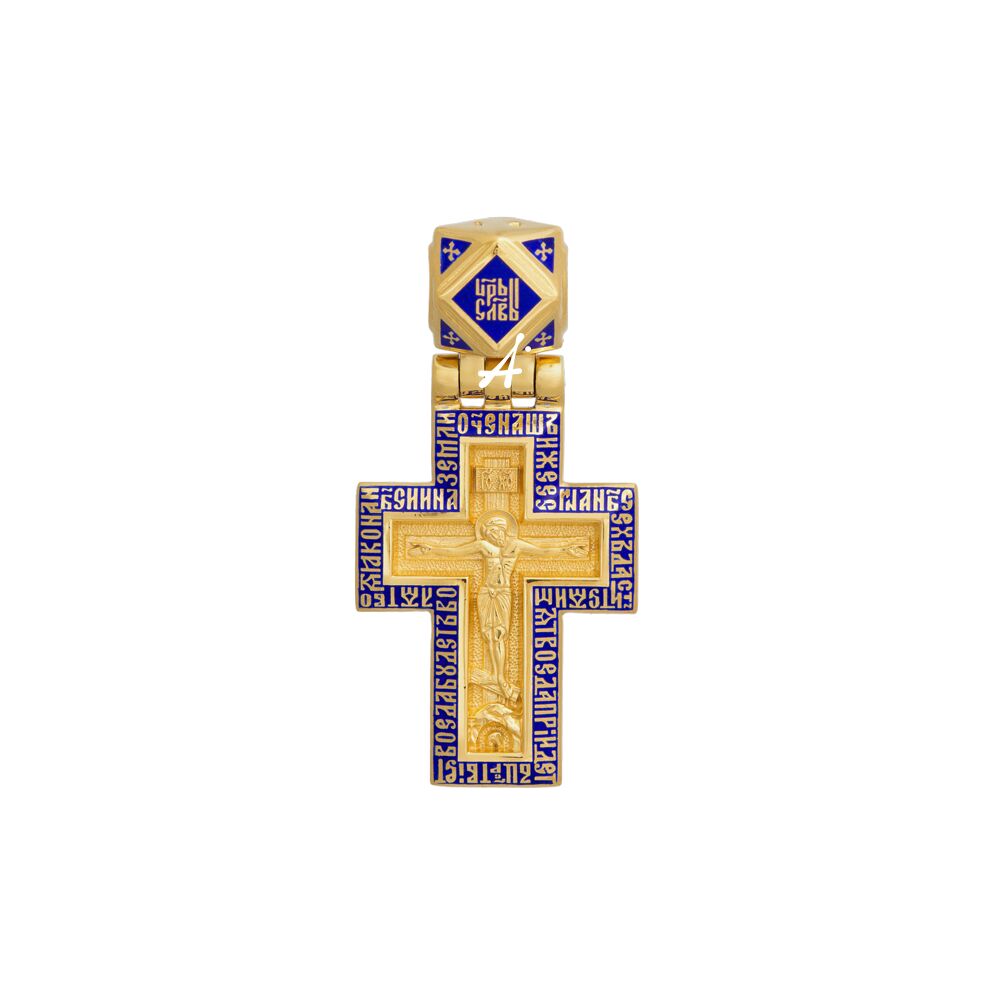 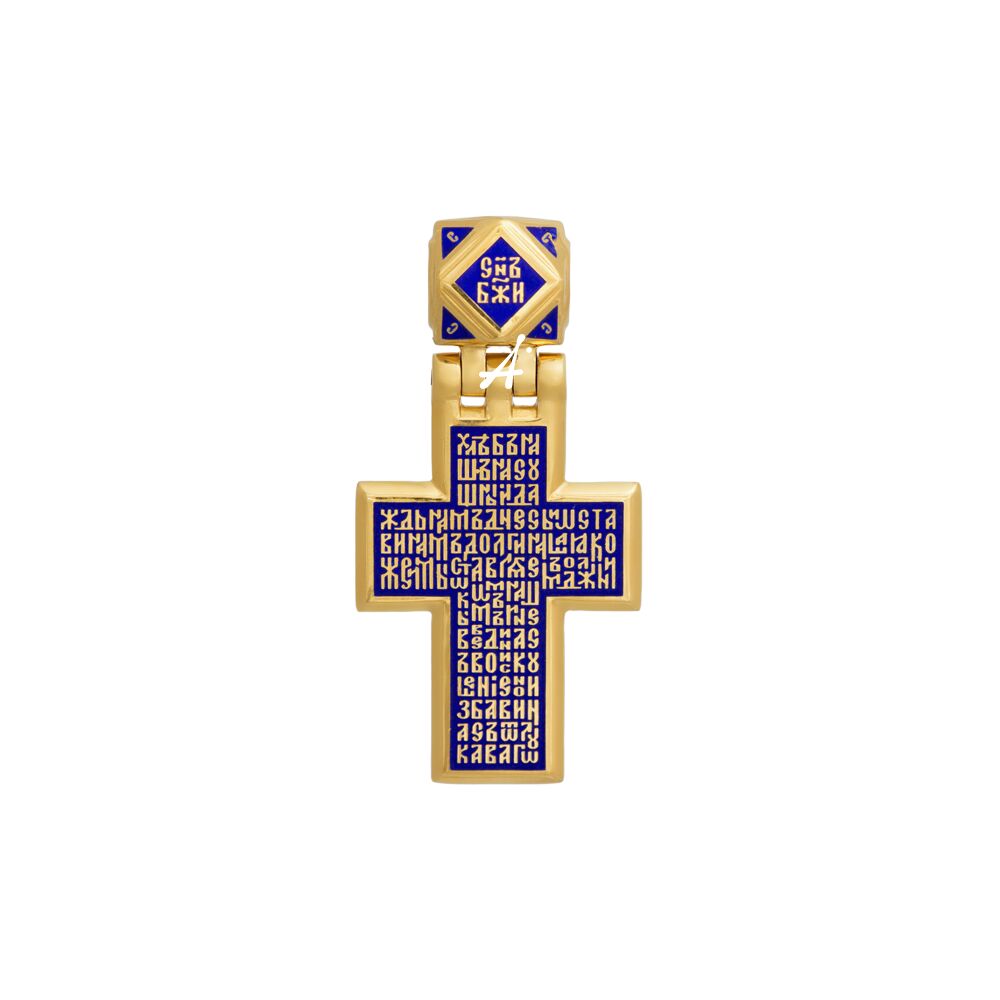 A large, festive pectoral cross is made in the image of ancient Byzantine and Russian crosses. It is decorated with gold, ornate colored enamel. At the same time, compositionally, the cross is extremely laconic - it depicts only the Crucifixion and the prayer "Our Father".

The Crucifixion of Christ is a solemn, victorious symbol of Christianity, a sign of victory over death and evil. “With the cross Christ dissolved the insatiable womb of Veliar (Satan) and crushed his carnivorous mouth,” wrote St. John Chrysostom. By offering Himself as a Sacrifice on the Cross, the Lord gave all people the opportunity to find salvation. Therefore, in the Orthodox iconography of the Crucifixion, Jesus Christ is depicted not suffering, but towering over the whole world.

Above the head of Christ, in the ear are written "King of Glory" and "Son of God." All these are the names of Jesus Christ, the Savior of the world. The letters СССС are placed on the reverse side. This monogram is rarely depicted and means "Savior Create a Network for Satan", or "The Word Saves This Glorious." The ear in the form of a faceted ball is traditional for crosses of this shape. It gives the complete Byzantine style to the whole piece.

The text of the prayer, in the tradition of ancient Russian jewelry, forms an alphabetical ornament on the cross. It goes around the Crucifixion of Christ along the side of the obverse and fills the entire turn. Gold letters with colored enamel create a very beautiful artistic effect.

The prayer "Our Father" is familiar to every believer. The Lord Himself gave it to people in his famous Sermon on the Mount, when the inhabitants of Palestine gathered around him asked how they should pray to God.

Our Father, Who art in heaven!

Hallowed be Thy name;

Thy will be done as in heaven and on earth;

Give us this day our daily bread;

And leave us our debts, as we also leave our debtors;

And do not lead us into temptation, but deliver us from the evil one.

The artist German Pozharsky and the creative team of employees of the Akimov company worked on the creation of the image.