Neck Cross Akimov 301.201 «The Vernicle Image of the Saviour. St. Nicholas the Wonderworker» 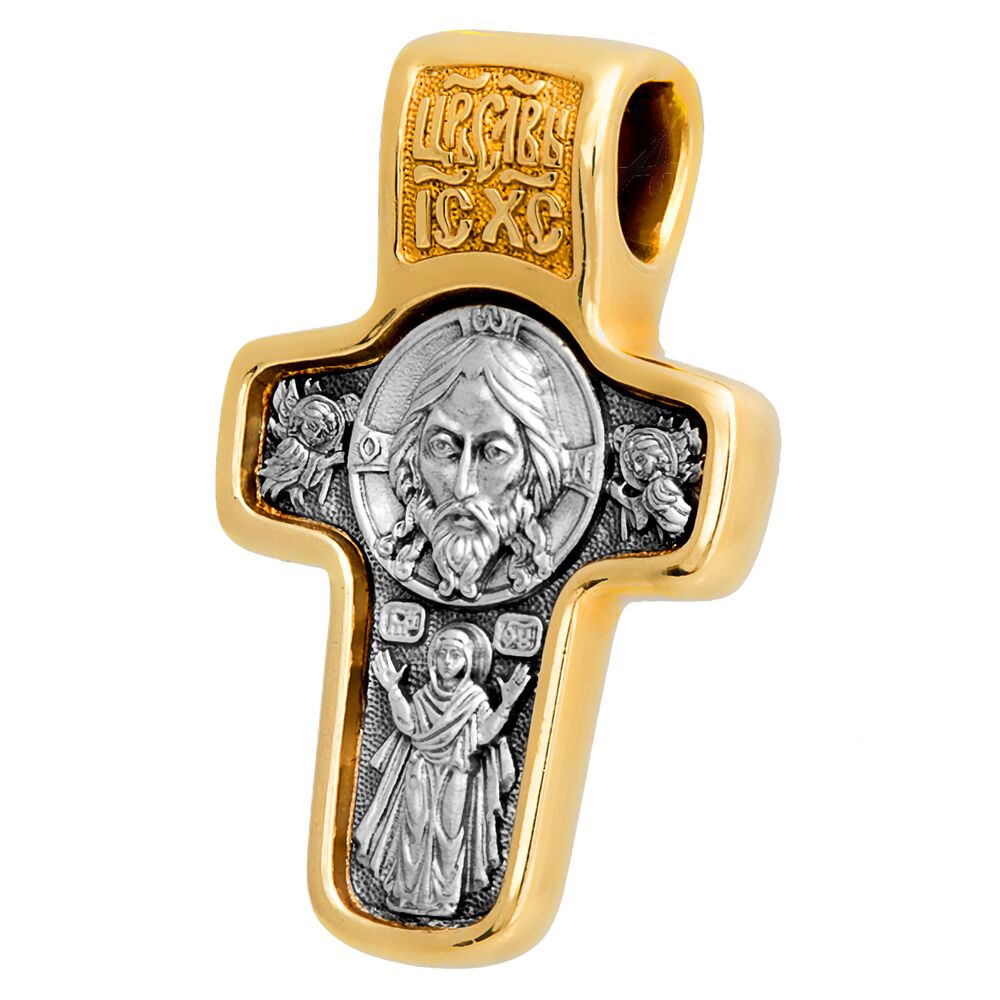 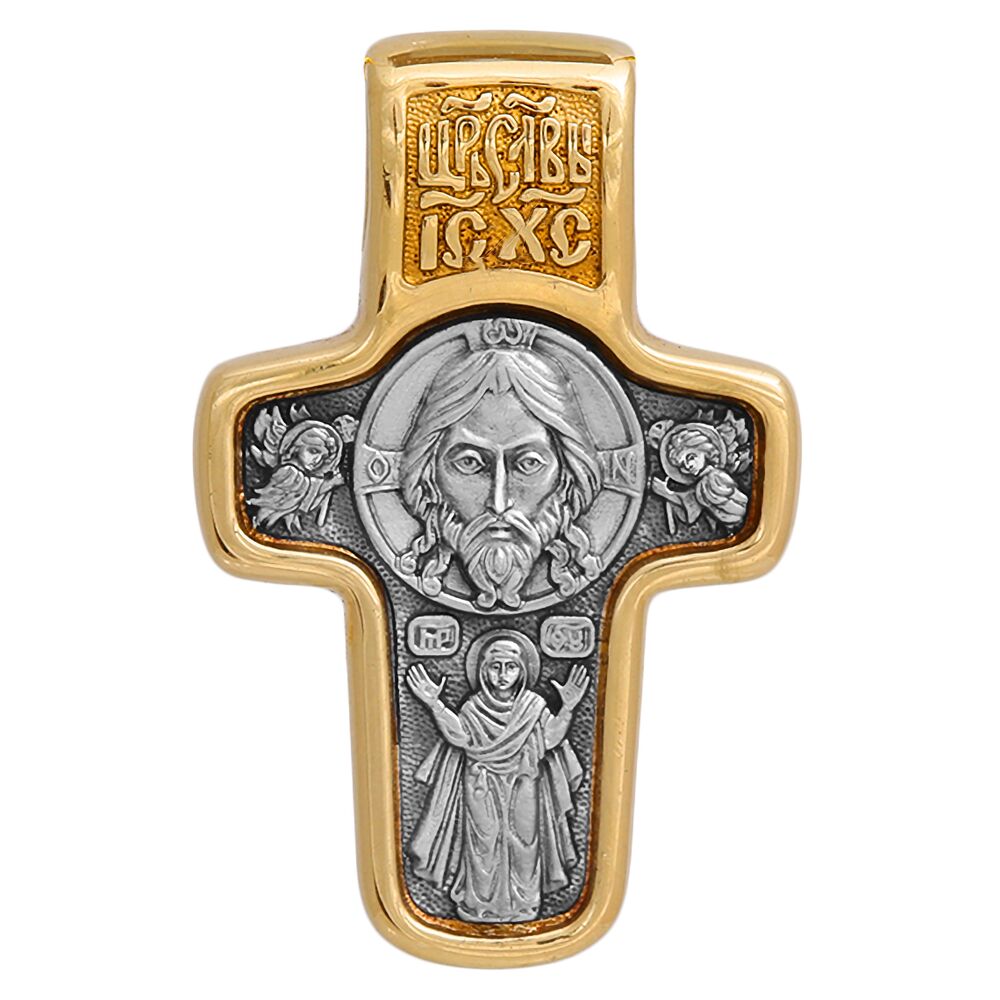 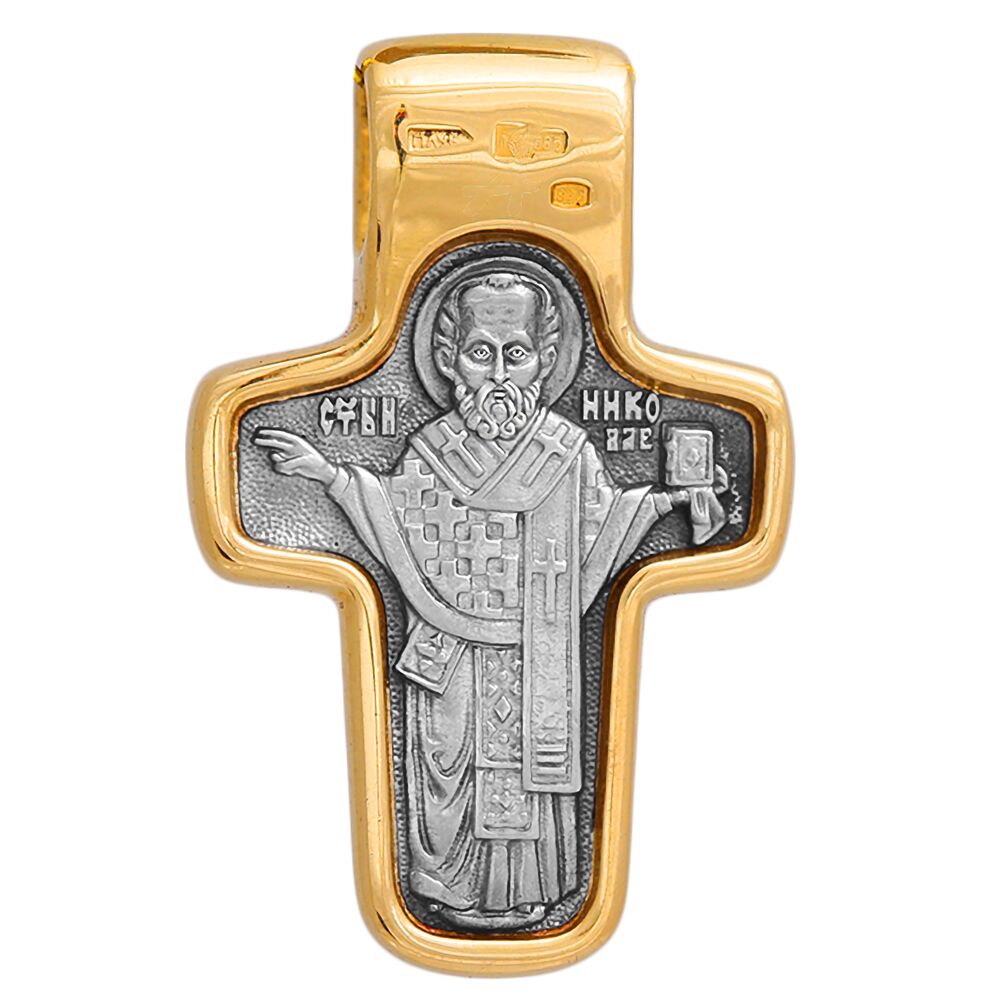 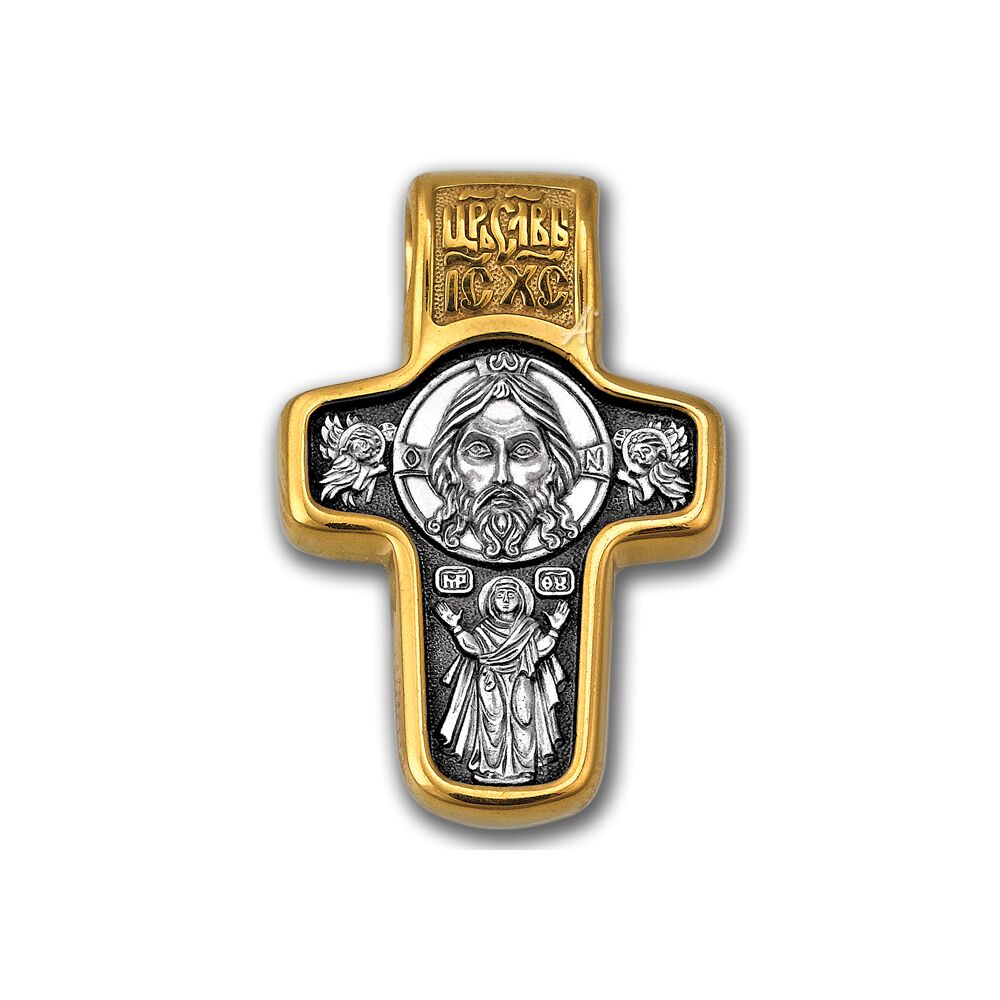 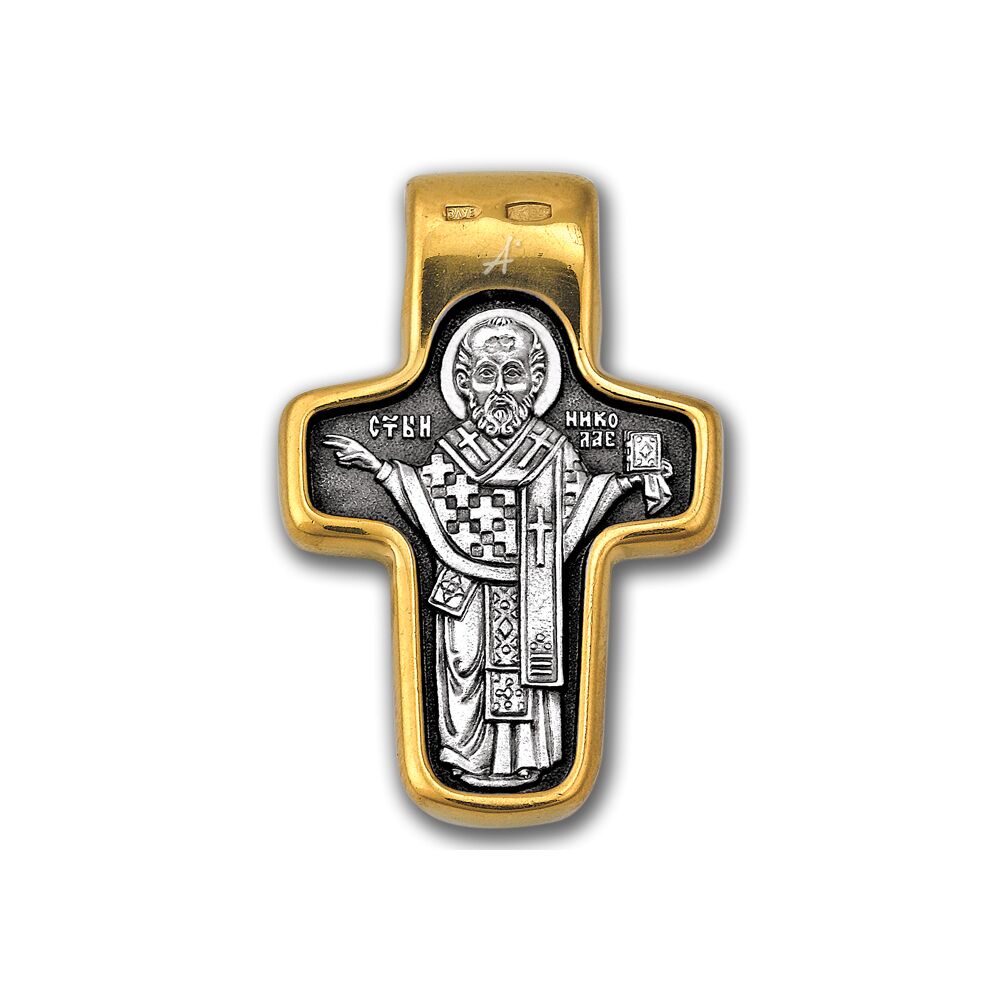 "The cross with the icons of the Vernicle Image of the Saviour, the Mother of God, and St. Nicholas the Wonderworker replicates one of the most widespread shapes of next-to-skin crosses of Moscow Russia. It a small piece with slightly narrowing crossbars, rounded corners and large image of Christ in the center, as He imprinted His face on the vernicle.

The Vernicle Image of the Saviour is the greatest sacred object of Christendom. It was first kept in Edessa, and then in Constantinople from 944 till 1204 (was lost). Its copies were known in Russia since 11th century. It was placed over the fortress entrances and churches, put on armour, helmets, and battle banners; and, of course was cast in bronze as guardian lockets.  Up to 18th century the Vernicle Image of the Saviour is found on most of next-to-skin crosses.

On either side Christ image is worshipped by seraphs holding special large angelic fans — rhipidions. Their images related to the iconographic composition “Adoration of the Cross” accentuate the symbolism of Christ's passion. Seraphs and cherubs are the highest angels, the nearest to the Divine Throne. But even they do not dare to look at God and touch Him.

The Most Holy Mother of God in the Kingdom of Heaven is above all angels and archangels. She is entitled to solicit Her Divine Son for mercy for people. Therefore since ancient times the Mother of God has been depicted in a devotional posture on icons. The earliest of such images – “Orant” – has been met in catacombs of first Christians. On it the Mother of God stands praying with Her hands lifted up in “orante” posture. On the cross Orant is placed right below the icon of Christ, as a symbol of Her prayer for the cross wearer. For its peculiar help and invincible protection against evil forces the image was named “Indestructible Wall”. The Orthodox Christians believe in that until the Mother of God hands are lifted up, the powers of darkness are unable to overcome the world and to override the mankind.

The cross reverse is occupied completely by the icon of St. Nicholas of Zaraisk. The icon was taken to Russia from Korsun (present Chersonese) by the order of St. Nicholas the Wonderworker himself.

The Holy Hierarch Nicholas (second half of 3d century) is the greatest and the most worshipped saint in Russia. He was the Bishop of Myra in Lycia, and became famous for great wonders and acts of charity that he keeps on making after death as well. St. Nicholas is prayed for intercession by persons in need, in distress, innocently convicted and so on. He helps everyone who appeals to him with faith and prayer: to travelers, sailors, and traders; he heals sick persons, conciliates animosity, find those who are missing and even raises the dead (commemorated is on May 22 and December 19).

Miniature silver icons of the Vernicle Image of the Saviour, of the Mother of God, and of St. Nicholas the Wonderworker are framed with pure gold that emphasizes the semantic and artistic values of the images.

In ancient times gold and silver were often united in one piece. In Christian culture gold symbolized God, uncreated light of His glory, and the Heavenly Jerusalem. Silver was the symbol of the Most Holy Mother of God, the grace of the saints, and the earth Church. Combined, these metals were the union of God and the saints, of Heaven and earth, of Christ and Church.

There are made two variants of the cross: of gilded silver, and of silver with gold by bimetallic casting (code number 301.201). Bimetallic technique allows the piece to be cast of two metals simultaneously. Metal combined in this way are inseverable, gold surrounds silver at that, and as if carries it. Only several such works are known, the latest being cast in Russia in the end of 19th century. Not long ago the unique technology was restored by “Akimov” masters.

Innovative technology used in a canonical piece does not destruct, but develops symbolic ideas of Orthodoxy. Due to it there is created an evident image of ecclesiastical doctrine of God the Almighty, carrying the entire Universe in His right hand."