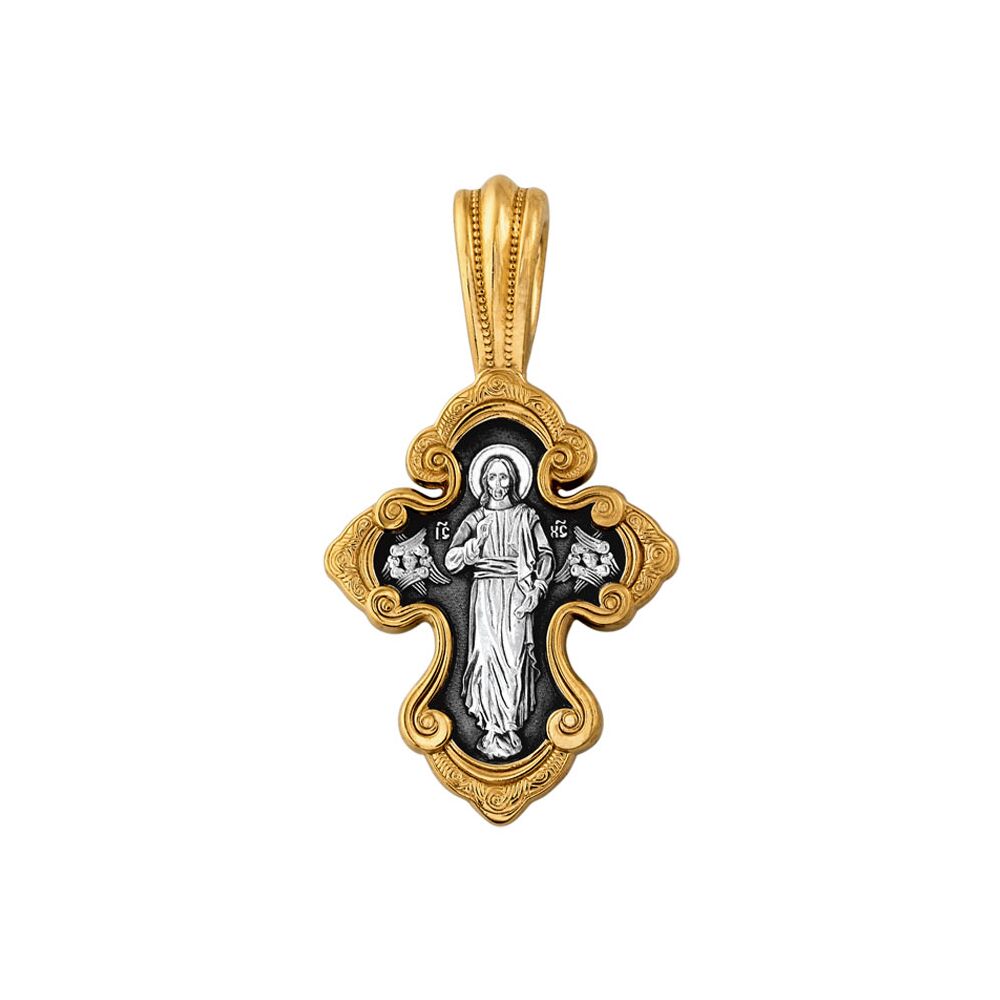 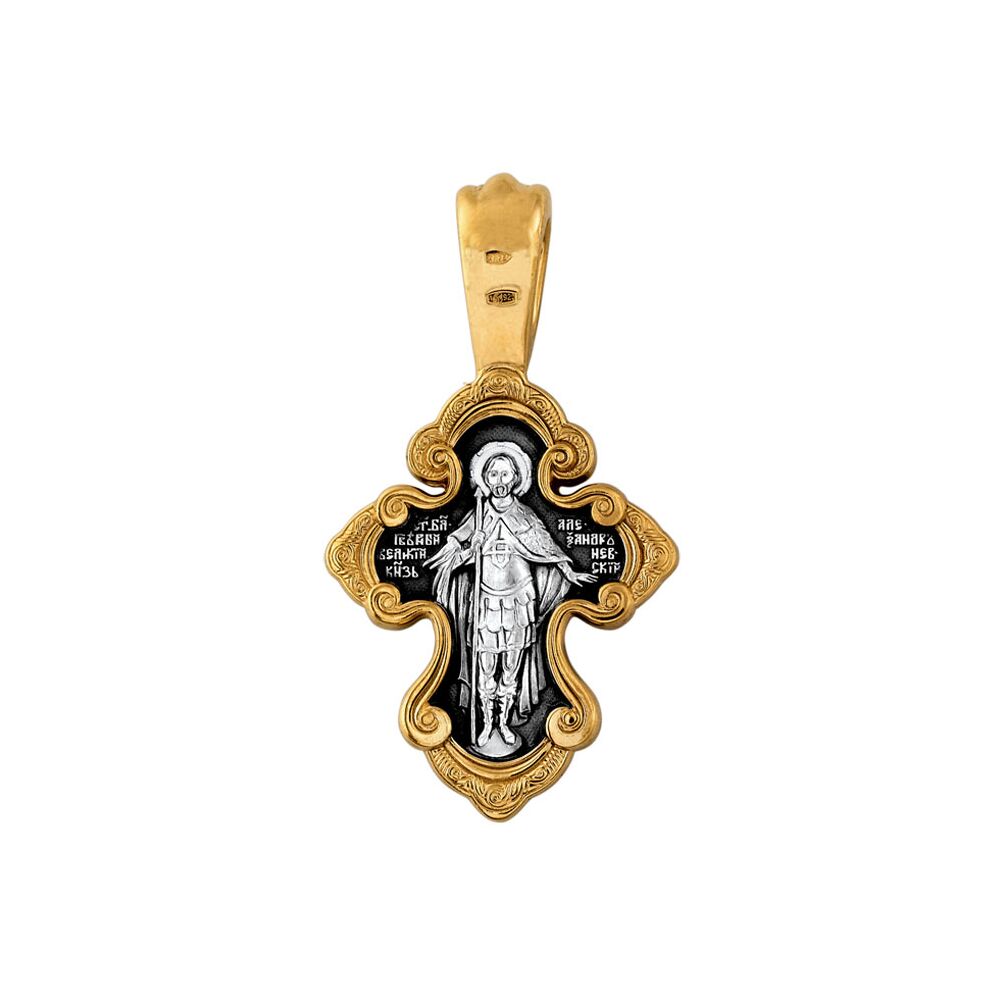 An image of Christ in a streaming stole is the image of omnipotent God approaching people. His right hand is raised in benediction, a rotulus – the symbol of the New Testament that He brought people – being in His left hand. “Love each other like I love you” – this evangelic appeal is the principal commandment of Christ. And by His redeeming sacrifice on the Calvary the Lord showed what the Christian love is to all people without either age, or sexual, or religious distinctions. All the Christian saints exemplify that high sacrificial love. St. Alexander Nevsky is among them.

St. Alexander Nevsky (1220 - 1263) played an exceptional part in Russian history. At those times when Russia was exposed to athree-side attack – Catholic West, Tartar and Lithuanian troops – Alexander Nevsky managed to preserve not only the state but the lives of nationals thereof.

In 1240 there started the period of top tension for Russia when Tartars destroyed Kiev. The same year Birger, the Swedish earl and military leader landed at the confluence of the rivers Izhora and Neva with his army. Russia was caught between two fires, and the Grand Prince Alexander had to decide between the East and the West.

Despite all horrors of Tartar invasions the west war was much more furious. Несмотря на все ужасы татарских нашествий, западная война была более ожесточенной. Tartars hungered for money. They attacked Russia periodically, sacked the towns and villages, and returned to the Horde. Crusading monks went westerly who encroached upon national soul – the Orthodox Church. Crusaders forged, fortifying their positions on seized territories. That determined the policy of Alexander Nevsky: facedown with the West and subordinating to the sway of the Golden Horde.

General of genius, who had never lost any battle St. Alexander appeared to be a far-sighted politician. He visited the Tartar capital Sarai many times for negotiating with the khan personally, and administered the policy of Tartars appeasement and deterrence. Difficult life full of battles and prolonged campaigns undermined his health. On his way back from Sarai in 1262 Alexander died in the town of Gorodets-on-the-Volga. Prior to his death, he took monastic vows under the religious name of Alexis.

To preserve Russian nation and Russian land was the primary aim of his policy. He is therefor honored infinitely by people and glorified by God in Heaven. Russian people took the untimely death of Alexander Nevsky as personal tragedy. At his burial Cyril, the Metropolitan of Vladimir said, “My children, you should know that the sun of the Russian land has set. There will never be another prince like him in the Russian land”. And the priests and deacons and monks, the poor and the wealthy, and all the people said: “It is our end!”

According to a legend at the burial service the Prince stretched his hand and took the ecclesiastical letter from the hands of the Metropolitan. That legend arose in the city of Vladimir within the walls of the Monastery of the Nativity of the Holy Mother of God, wherein St. Alexander Nevsky was laid to rest. In the same place in1280 a chronicle was compiled called the Life of Alexander Nevsky.

The most Orthodox Prince was canonized in 1547.

Since 1724 relics of St. Alexander has been located in the Trinity Cathedral of Lavra that bears his holy name.