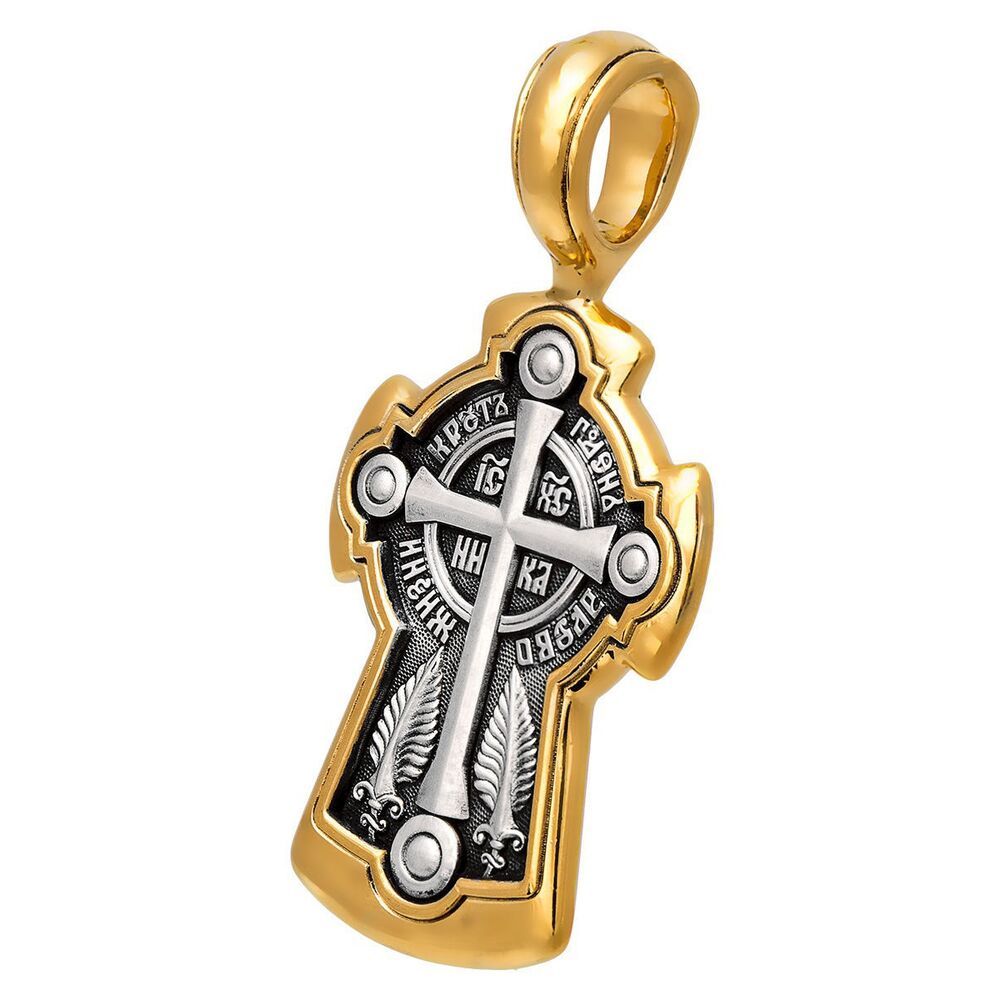 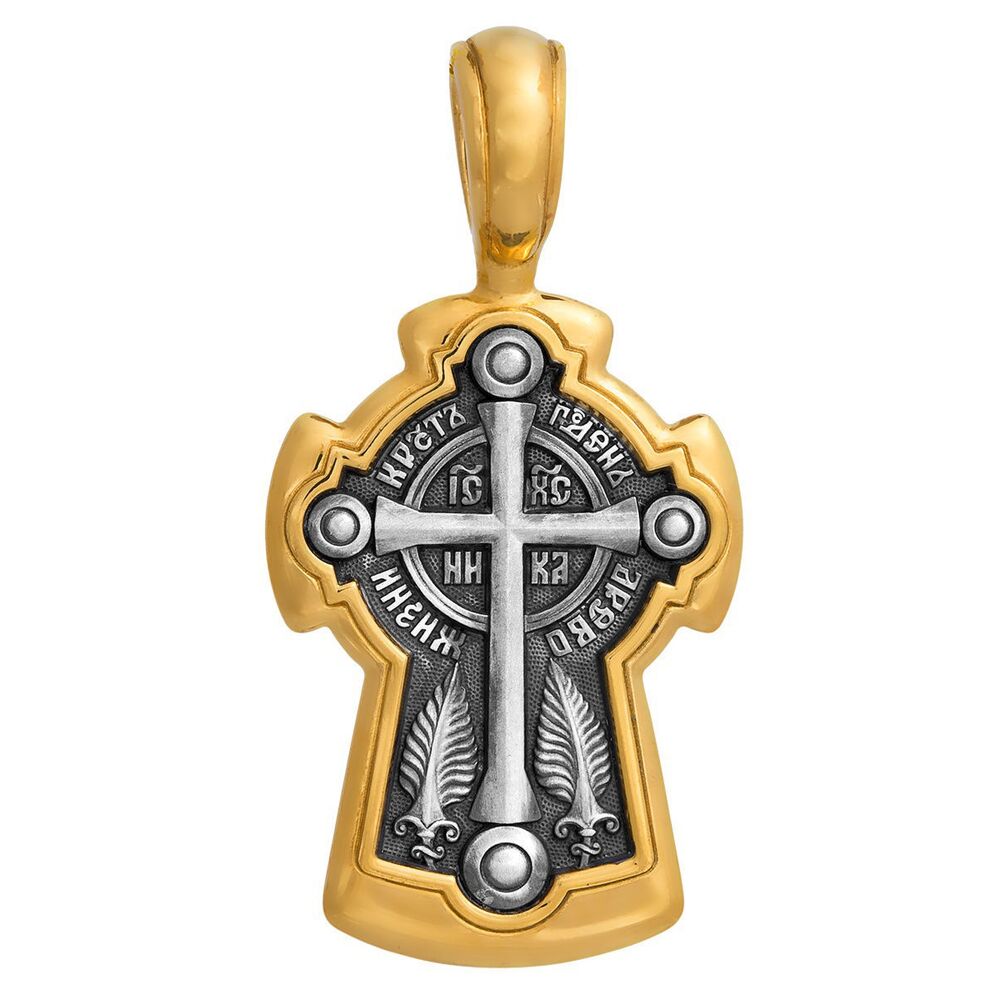 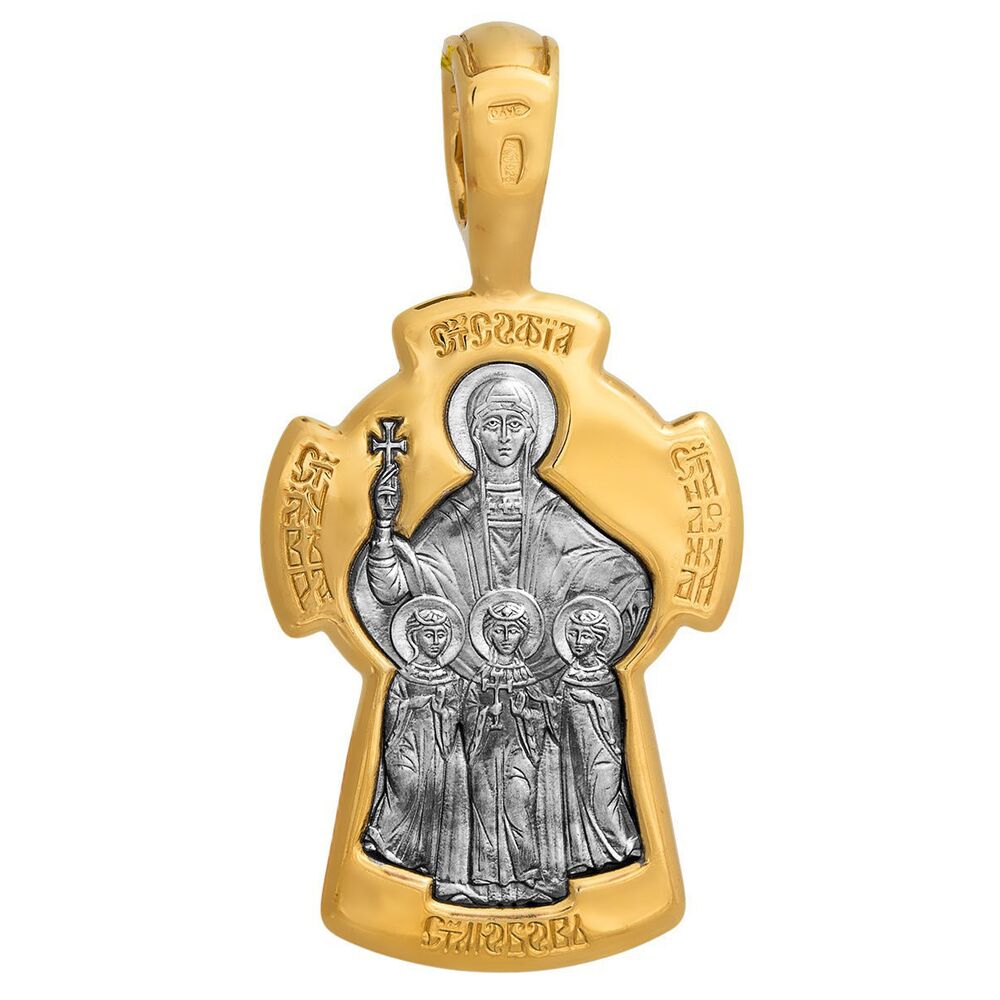 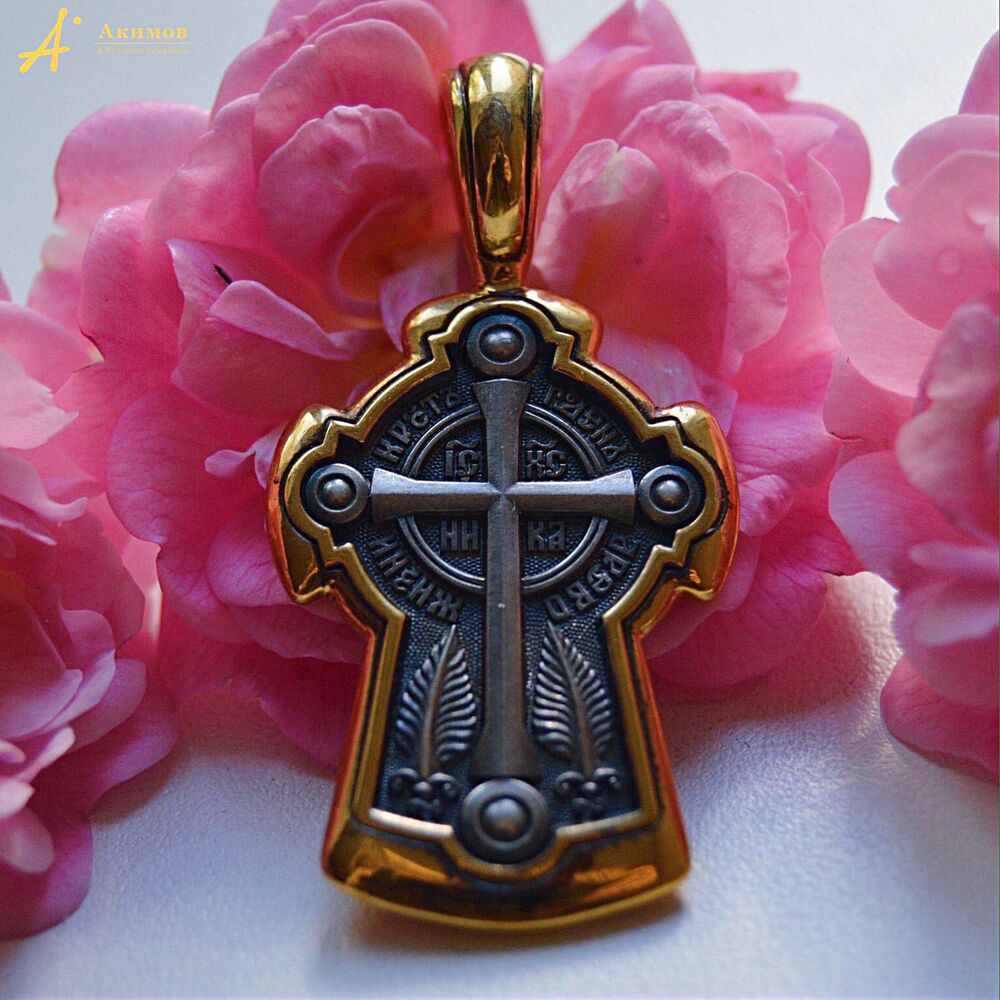 "On the obverse of the cross we see the image of Cross-in-Blossom, the icon of Sts. Sophia and her Three Daughters, Faith, Hope, and Charity (Love), Martyrs being on the reverse.

«Cross-in-Blossom. Sts. Sophia and her Three Daughters, Faith, Hope, and Charity (Love), Martyrs»The cross on the obverse symbolizes Christ Himself, Whose crucifixion and death turned the Cross into a source of life and eternity. The futurity came to life through the Cross of the Lord; therefore it is figuratively called the Tree of Life and is often purfled and ornamented.

According to a legend, the wood of which the Cross was made had grown from the Adamic wreath that he had twined before his death.  Twigs for it had been brought by Adam’s son Seth who took them from the paradisal Tree, on account of which the forefather had been in former times banished from Heaven. Later the wreath sprouted on Adam’s grave and turned into a mighty tree. Over the years a beam was adzed of it that fetched up at King Solomon who could not find a use for it in the Temple of Jerusalem under construction. The Queen of Sheba prophesied that a descendant of Solomon – the Israelite promised Messiah would be executed on those beam. Being scared Solomon ordered the beam being sank in the Pool of Siloam where it remained till the time of Christ. When the decision was taken to crucify Christ the Hebrews took the aged and heavy Beam, and made Jesus drag it to Golgotha. After the Saviour Resurrection was known about, the Beam was buried deeply for the believers having no chance to worship it. In the reign of Constantine, the first Christian Emperor, his mother St. Helena held a real inquiry in disclosure of the sacred object. After much searching and interrogating one of the Hebrews confessed where the Cross of the Lord had been buried. But three crosses were found there at once (as two thieves were crucified beside the Saviour). Only a miracle could help to determine which of the crosses was holy. At that moment a funeral procession passed by. The Empress and the Patriarch Macarius commanded the crosses being laid in turn on the deceased. At a touch of the Cross of the Lord the deceased resurrected all of a sudden. The crowd could not have a view of the Vivifying Beam. Then Macarius got up on a rising ground, lifted the Cross full-length, and showed it to people. Since then a peculiar feast had been established – the Triumph of the Holy Cross; September 27 (14).

The truth of Christ`s evangelic teaching as well as of His Resurrection were verified by sufferings and deaths of the first Christian Martyrs. “Martyr’ is “witness” in Greek. The fortitude of Christ followers became completely known in terrible ordeal. Therefore the Holy Fathers call the blood of martyrs “seeds of Christianity”. One if the first martyresses (in 2nd century under the Emperor Adrian) were girls named after the principal Christian virtues – faith, hope and charity. They are commemorated together with their mother, a widow named Sophia (“wisdom”, in Greek). When they were to take the crown of martyrdom Faith was twelve years old, Hope being ten, and Charity – nine.

Sophia brought up her children in obedience and devotion to God. At the period of the persecution of Christians the mother and daughters were imprisoned. The mother managed to prepare her daughter for sufferings and death, remaining beside while the children were tormented, and increasing their spirit.  The girls were extraordinarily stoical during the superhuman tortures. The elder daughter was tormented first, and then beheaded with a sword, next being the middle one.  The younger one entered the burning stove herself but remained uninjured. Then she was beheaded as well. The Emperor ordered the mother to be left alive, and girl bodies to be given to her. Sophia buried the daughters, and deceased on the third day on their grave. The relics of the holy martyrs resided first in Rome, since 8th century having rested in Alsace.