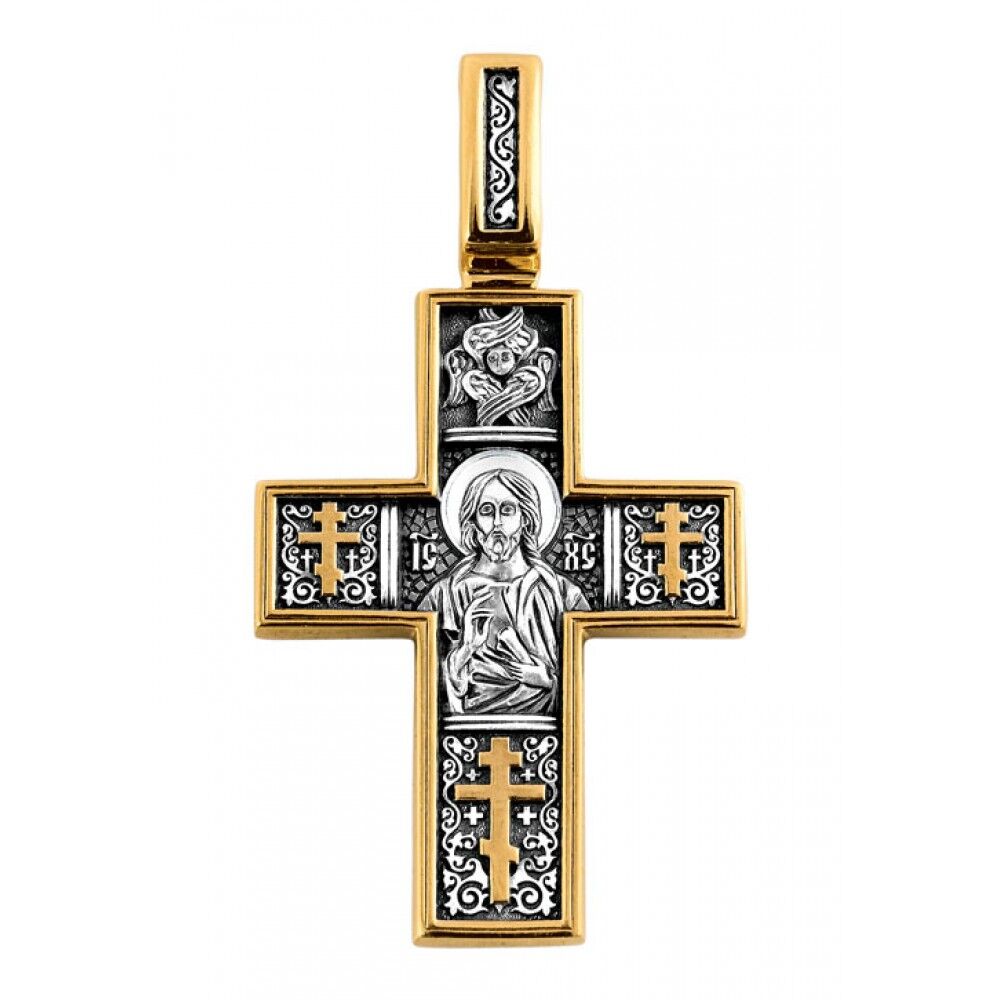 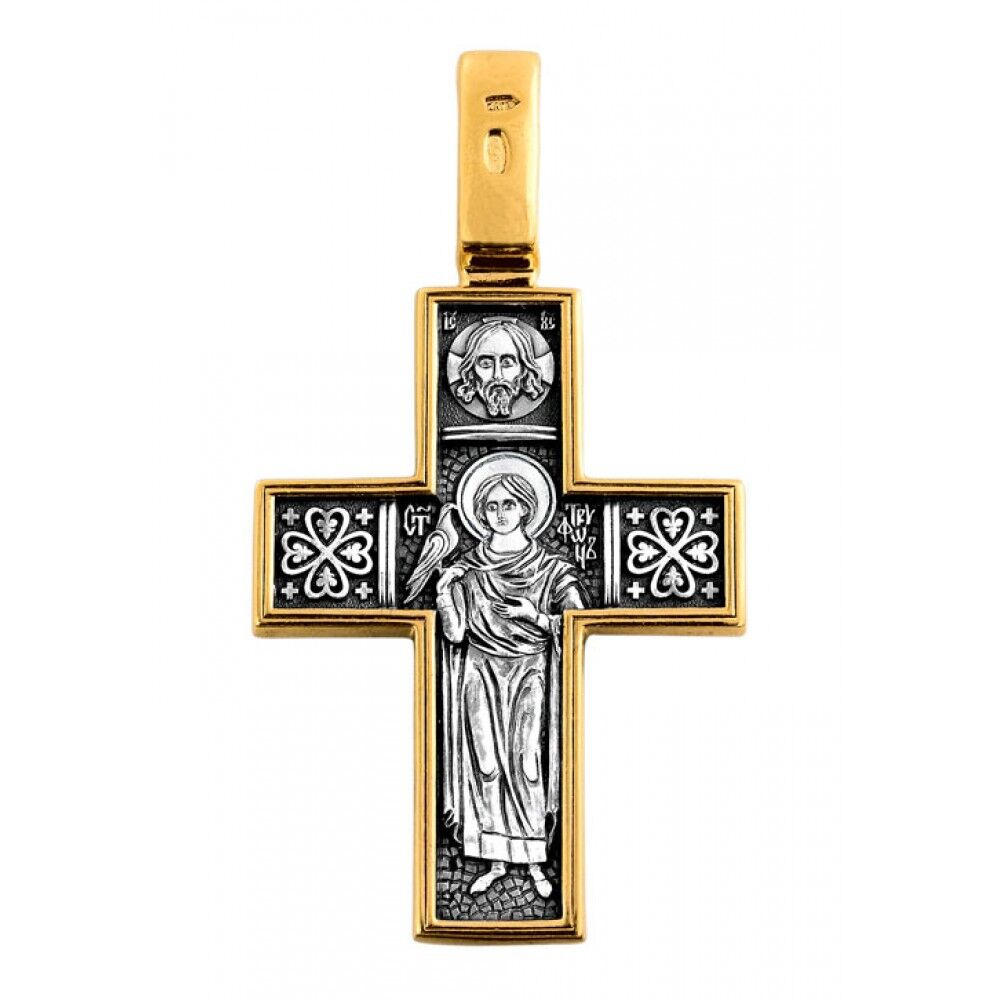 "This austere cross having classical shape will help those who have found themselves in a difficult situation. On the cross obverse there is the image of the Lord Almighty Who has everyone’s life and fate in His hands. He is overshadowed by six-winged seraph, a fiery angel standing very close to the Divine throne. This angel is able to burn down all kinds of evil, enlighten all kinds of obscuration, and to raise all kinds of human prayer and wish of heart to the Divine throne with swiftness peculiar only to him.

On the cross reverse we see St. Tryphon, Martyr who in Russia has been from yore venerated as a helper in worldly things. He is traditionally prayed by believers having problems with job, health and housing.

St. Tryphon was born about the year 232 at Phrygian Kampsade (in modern Turkey). During the persecution of Christians under the Emperor Traianus Decius he was impeached of high treason after he had refused to make a sacrifice to the Emperor’s Genius. He was taken to Nicaea, tortured in a horrible manner, and beheaded with a sword in 250.

His whole life though short, was imbued with the light of devotion to God and charity. For his meekness and devotion the Lord gifted him an ability of miracle working. He had started healing and exorcizing in boyhood. By the age of 16 the saint was so famous for his power that demons got frightened just by his name. The most well-known wonder by him was driving out a demon that tormented a princess, the daughter of the Emperor Gordian. St. Tryphon was invited to the palace, but when he was in three days away from Rome, the demon got frightened by his approach and left the poor princess alone. Later honoring the Emperor request St. Tryphon commanded the demon to present itself. The demon appeared as a black dog with a huge head and flame-coloured eyes.

St. Tryphon is also called “the lord of pests”, since he has removed rodents and locusts from a field at the pray of children. In the Orthodox Church a special ordo of praying to the saint is instituted – “the Incantation of St. Tryphon” – the only one of its kind existing in the Great Euchologion.

In Moscow there is the Church of St. Tryphon built in 1492. A legend exists that the church has been erected by the order of a court falconer who has lost a favorite gyrfalcon of Grand Prince. A severe punishment threatened him. The falconer first run over the forest in search of the gyrfalcon, then started wrestling with St. Tryphon, and fall asleep being fatigued. The saint appeared in his dream and brought the bird. When the falconer woke up the bird sat calmly on a branch above him.

A wonder making icon of St. Tryphon with small part of his relics was the basic sacred object of that church. People called the icon the ""acute care”. Now the wonder making icon is in the Church of the Holy Sign (not far from the Riga railway station) and is still famous for its never-ending wonders."