Neck Cross Akimov 101.086 «The Vernicle Image of the Saviour. The prayer» 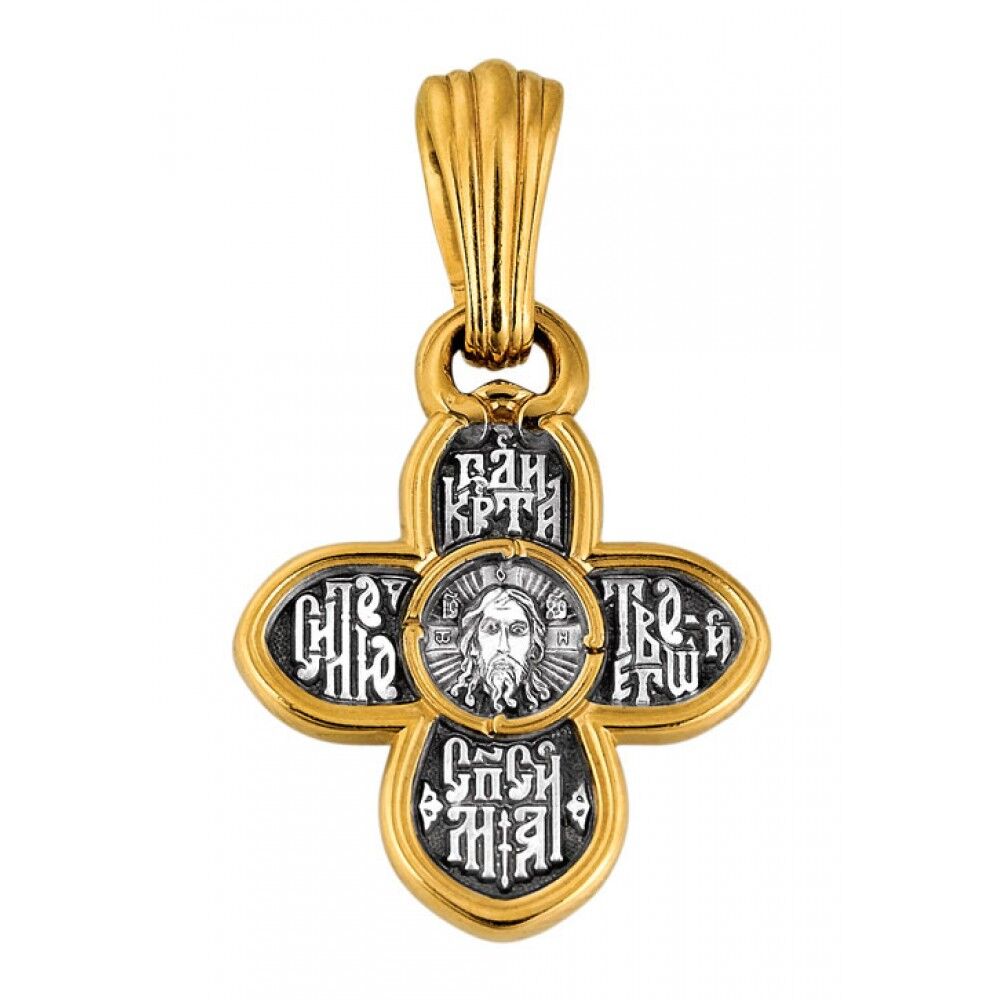 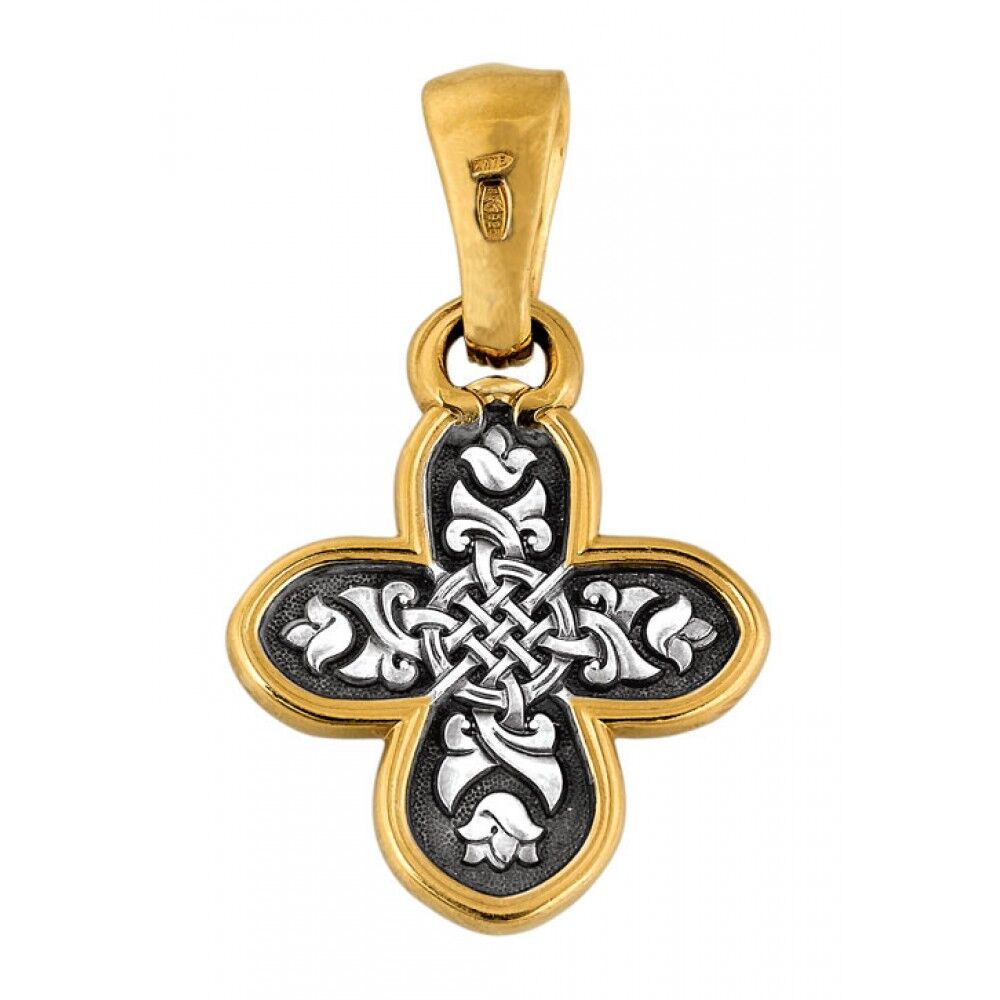 "It is a small cross with the Vernicle Image of the Saviour on its obverse, its reverse being floriated. The cross has a traditional Orthodox shape of quatrefoil.

Four rounded crossbars form an equilateral “Greek cross”, or gammadion, that symbolizes the harmony of the four-part world united in Christ. The most ancient Byzantine next-to-skin cross of similar shape is dated to the 10th century.

In Medieval West Europe the quatrefoil cross was worshipped as well. But here it was widely used only in symbolical ornaments. It may be found in stained-glass windows, in carved décor of Gothic cathedrals, in household utensils. It was associated with quatrefoil clover that brought luck according to old popular belief. It was considered that three leaves of it meant principal Christian virtues – faith, hope and charity – the fourth meaning luck so necessary for everyone.

In the cross center we see the Vernicle Image of the Saviour, one of the most worshipped images and the most powerful protecting symbol of the whole Christendom. According to the Legend the face image of Christ imprinted on a piece of canvas (towel) wherewith He wiped His face. Having endowed the image with His healing power the Lord sent it to leprous Abgar, King of Edessa. And the King was healed on receiving the image. For everyone to have a possibility of praying before the wonder making image, the King ordered the Hole Towel to be attached to a board and set up in a niche above city gate. The tradition of painting icons on canvas attached to a board is believed to appear since then.

In 944 the wonder making image was brought to Constantinople, and soon it copies became widespread in Russia. The Vernicle Image of the Saviour started being placed above fortresses and churches gate, on armor, helmets, and banners; and of course cast in bronze as guard lockets. Up to 18th century the Vernicle Image of the Saviour was portrayed on next-to-skin crosses nearly as often as the Crucifixion.

On the cross arms around the image of Christ there is written the prayer: “By the power of Your Cross, Lord, save me”. Saying these words Christians invoke God not only for health and и well-being in earthly life, but ask to grant salvation in futurity after death."