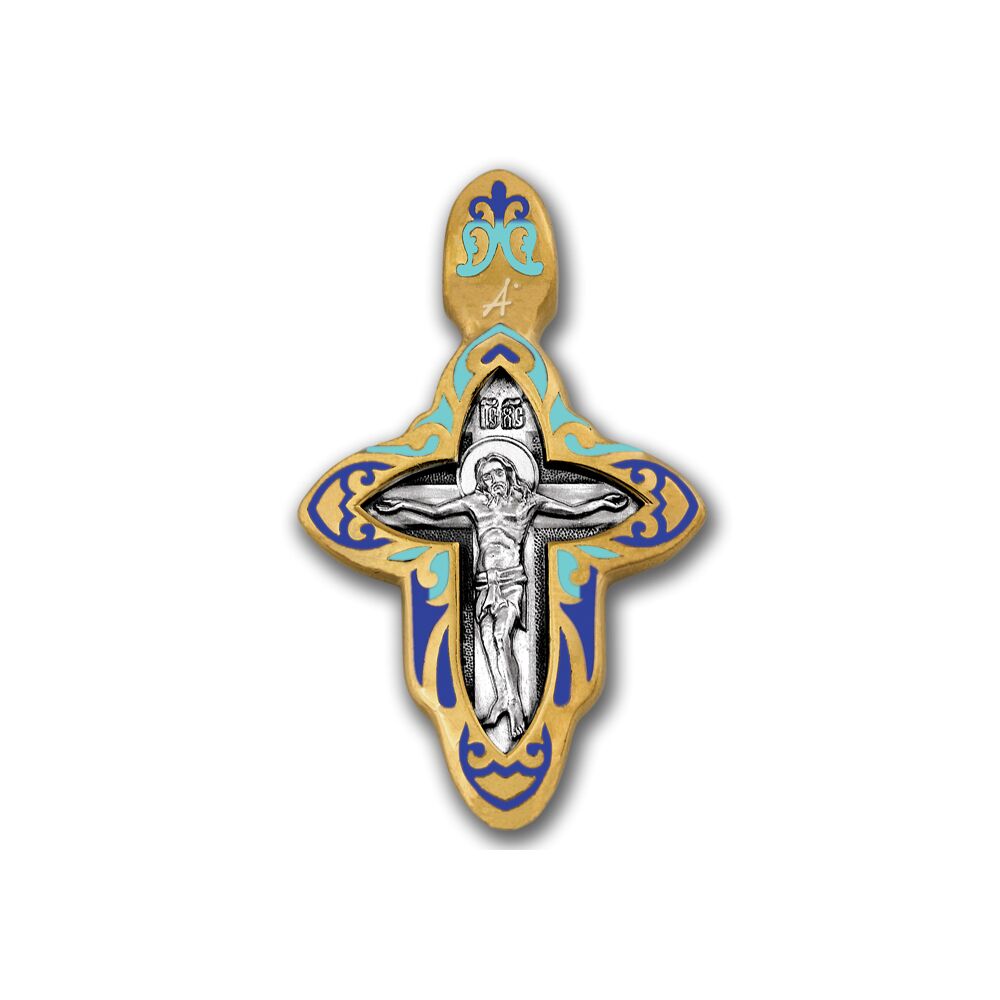 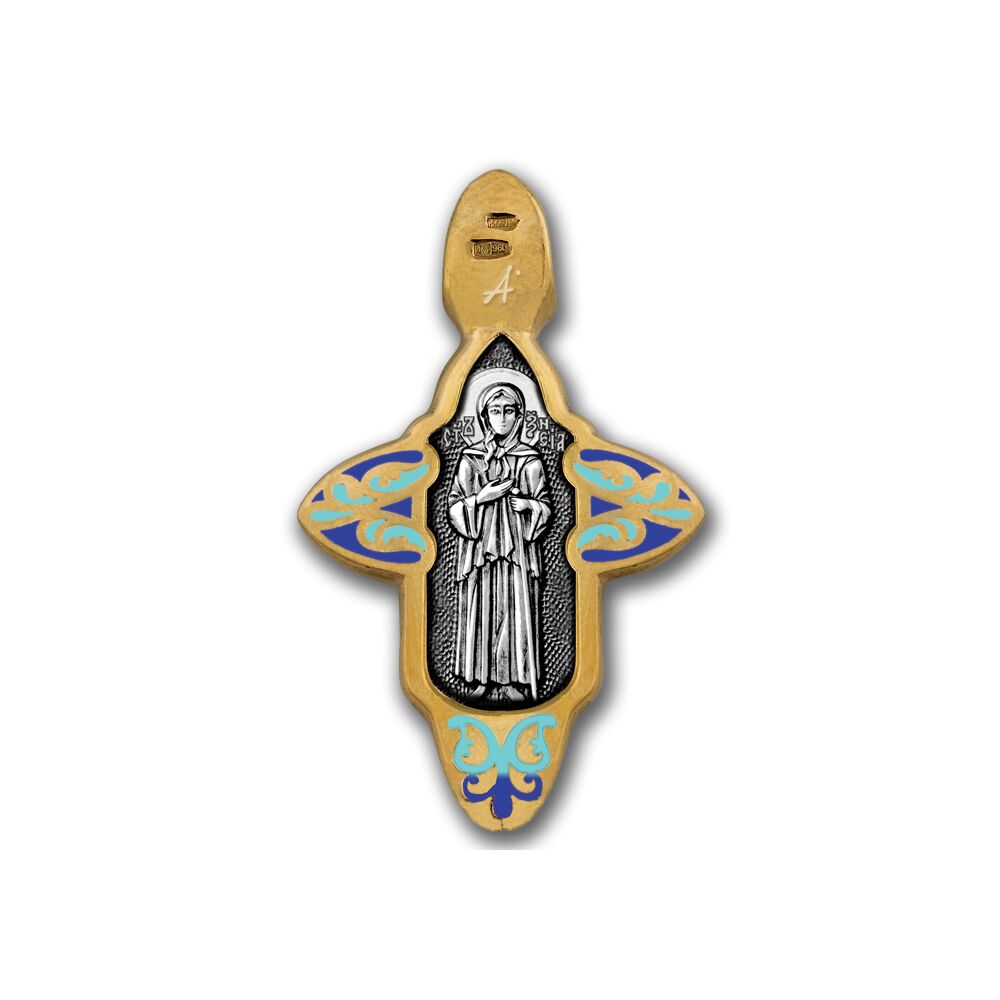 "Asmallcrosswith rounded crossbarsandenamelornamentededgesisdevotedtothegreatest hermit, St. Blessed Xenia of Petersburg. St. Xeniawasbornbetween 1719 and 1730. She was married tothecolonelColonelAndreyFyodorovichPetrov, a chanter at the Saint Andrew Cathedral, and lived with him in love and chime till her 26.But onedayaftera festive occasion her beloved but inebriated husband all of a sudden died unrepentant. His death shook Xenia and she decided to obtain Heavens mercy for him by prayer through feat of being “fool-in-God”. She handed out all her belongings, put on the husband clothes and assumed his name, assuring people that it was not he who had died but herself. Suchbehavioralarmedherrelatives insofar Xenia hadtoprove her not being insane.

Since then St. Xenia had been wandering along St.-Petersburg streets, mainly the Petrograd Side during 45 years, being firstly exposed to ridicules and insults. But soon St.-Petersburg inhabitants noticed that the blessed wanderer is possessed of specific beneficial strength: commerce went on swimmingly in those shops where she took alms; there was no end of clients for those cabmen who gave a lift to her; children that she caressed were calmed and cured. Thepeopleattemptedtogiveherclothes, money or food, toaskherinto a house, but she did not take from everyone. Sheagreedtotakeonlyredandgreenblousesandskirts – ofthesamecolorasthe worn coat of herhusband; and only copecks that she called “tsar in the saddle”, on the nailgivingthem back to somebody.

For days on end wanderingalongdirty, unpaved streetsofSaint-Petersburg Xenia occasionally called on aquaintances ofher, took some food, converse with them and then went away never staying for night. Forlongtimenobodyknewwherespenthernights. Notonly Petrograd Side population grewinterested in thatbutthepoliceaswell. Itappearedthat at any season of the year in any sorts of weather Xeniawent to field and prayed there genuflectory until dawn, bowingdown-to-earth to the four winds.

WhenanewstonechurchwasstartedtobuildattheSmolenskycemeterythe construction workers noticed someone to help them at nights: to pull heaps of bricks upstairs.Itturnedouttobe the handmaid of the Lord St. Blessed Xenia.

For great feats and patience the Lord had glorified His elect already in her lifetime. Xenia washonored with blessingof insight in future and human hearts as well as in special help for life-raising. She goes on making those wonders in the next world.

At 71st year of her earthy life Xenia joined her Maker and was committed to the earth at the Smolensky cemetery. The same year wonders started to be worked near her grave. In 19th century a chapel was built over the saint woman coffin that is until now visited by numerous worshippers. AftertheRevolutionthe chapel was closed but it was impossible to suppress the memory and the nationwide love of St. Blessed Xenia. From all over Russia people continued to come and leave pleading notelets for “Mother Xenia” in crevices ofthe closed chapel.

Nowthechapelisnotonlyvisited butalsowrittentofromovertheworldappealing to her as to the prompt helper and woman of fervent prayer before God.

The saint woman is commemorated on February 6 (January 24)."