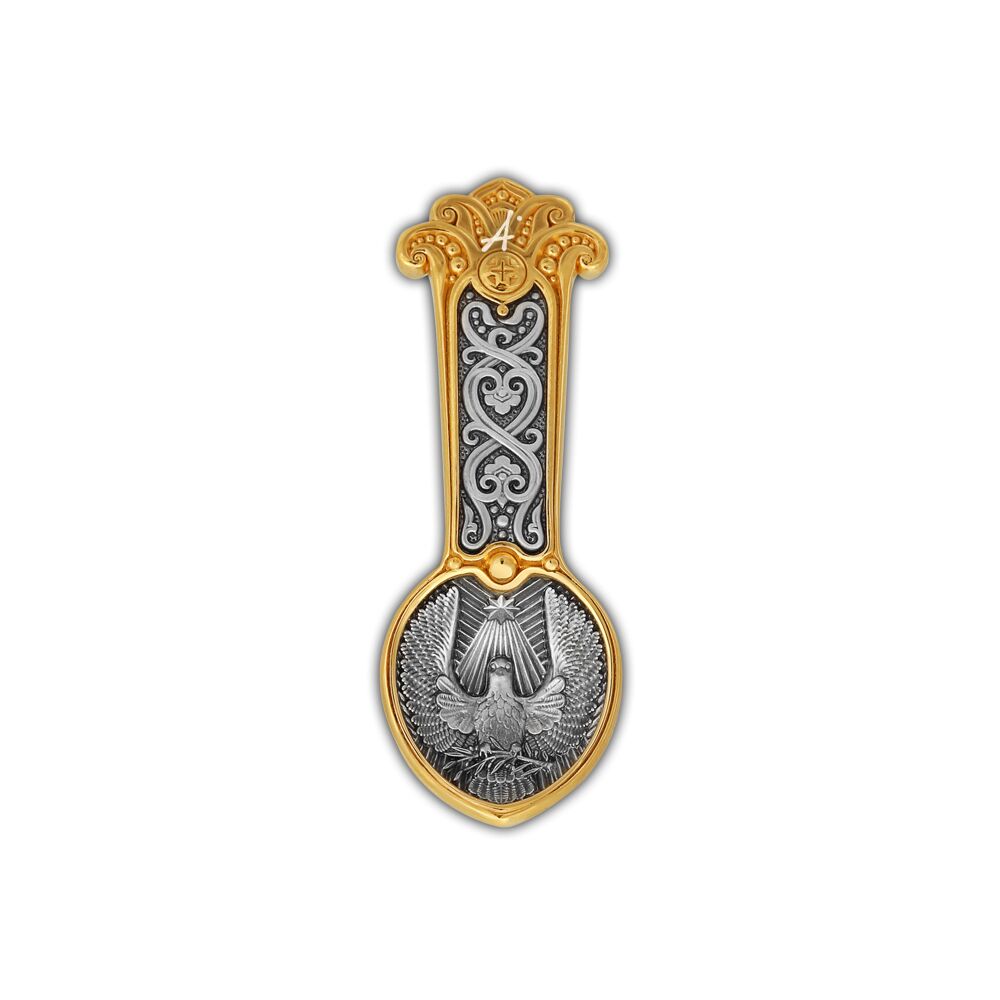 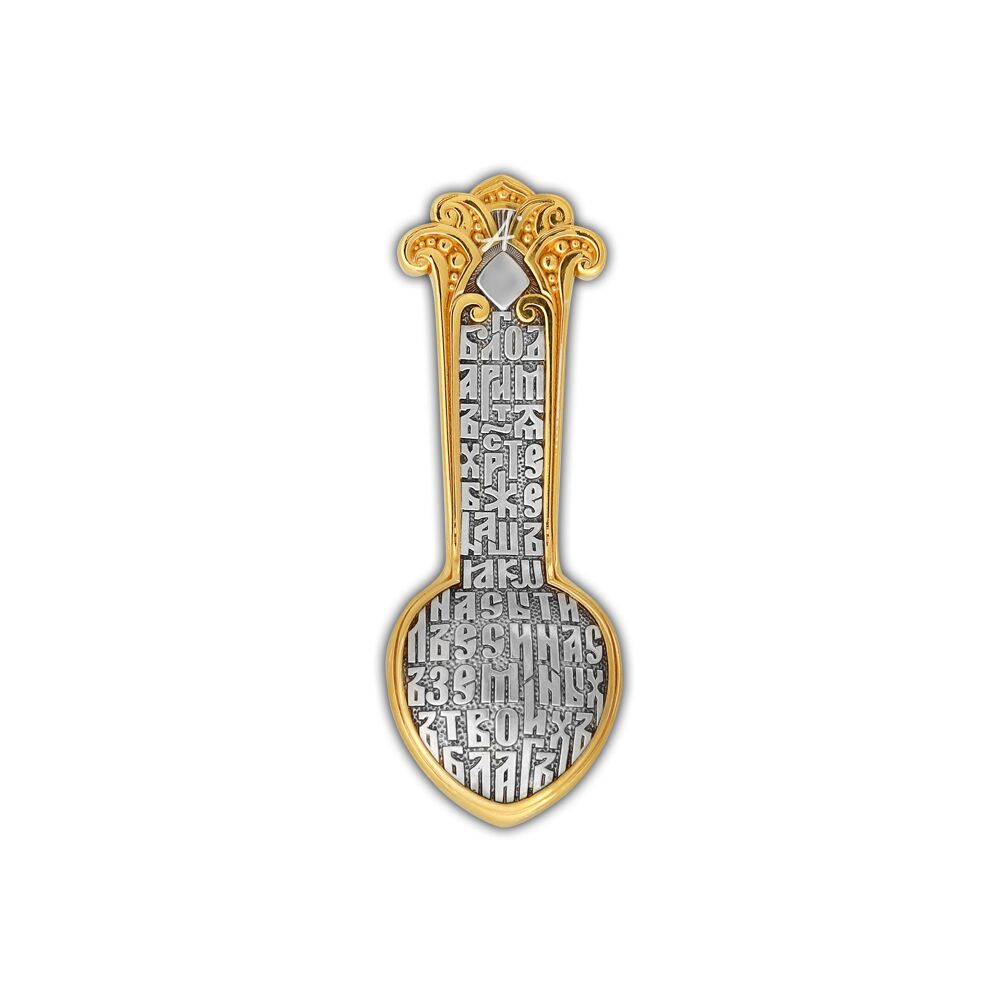 """We thank Thee, O Christ our God, Thou hast satisfieth us with Thine earthly gifts"" ̶ reads the prayer that takes up the entire reverse of a tiny spoon. This is a part of the after meal prayer, by which we thank Christ for the blessings which He gives us, and ask Him never to leave us without His care. Spoon handle is edged with elegant floral ornaments. The handle pommel is decorated with gold blossoming sprigs, among which a small gold circled cross is placed – a sign of salvation and God's help.

On the inner side of the spoon chamber the image is placed that gave name to the whole piece – a flying dove with a blossoming olive branch in its beak. According to the Old Testament, during the Great Flood, Noah sent out a dove to see whether the element has calmed down (Genesis 8: 10-11.). The dove brought an olive branch to the ark, which meant that the high water receded, and land and trees came into sight. Since then, the image of a dove with an olive branch in its beak represents the good news, and also symbolizes forgiveness and reconciliation.

Tiny spoon is made of 22-kt silver and plated with 25-kt gold. It is only 4 cm in length, and 5 g for a weight. This spoon will be a wonderful gift on a baby’s baptismal day. The custom of presenting silver spoons “on toothy-peg” has existed in Rus’ for a long time, and is reborn now. It was common among people to buy a silver spoon as a gift for the baby’s first tooth cutting. Later a tradition became permanent of presenting a silver spoon, together with the first close-to-skin cross on baptismal day.

With the advent of the European tradition of the custom of preferring only personal, individual spoon became forgotten. Now many people are even not aware of it. However, it is still spoon that symbolizes prosperity in home; abundance, and peace in the family. That’s why spoon as a gift means wishing wealth, joy and God’s blessing. This is also proved by traditional congratulations whose sense is apparent to everyone: “Dip up ladleful from life!”, “Live with the red spoon!” (Indulge in every pleasure).