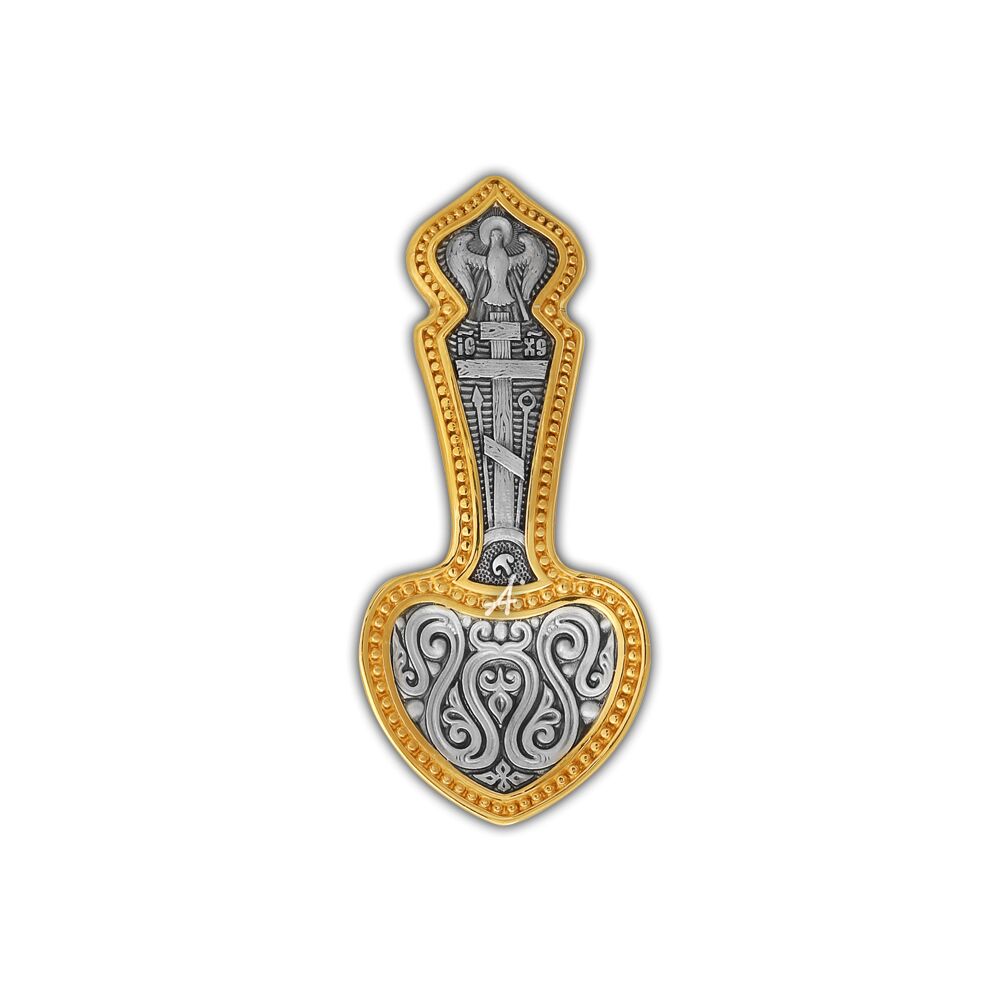 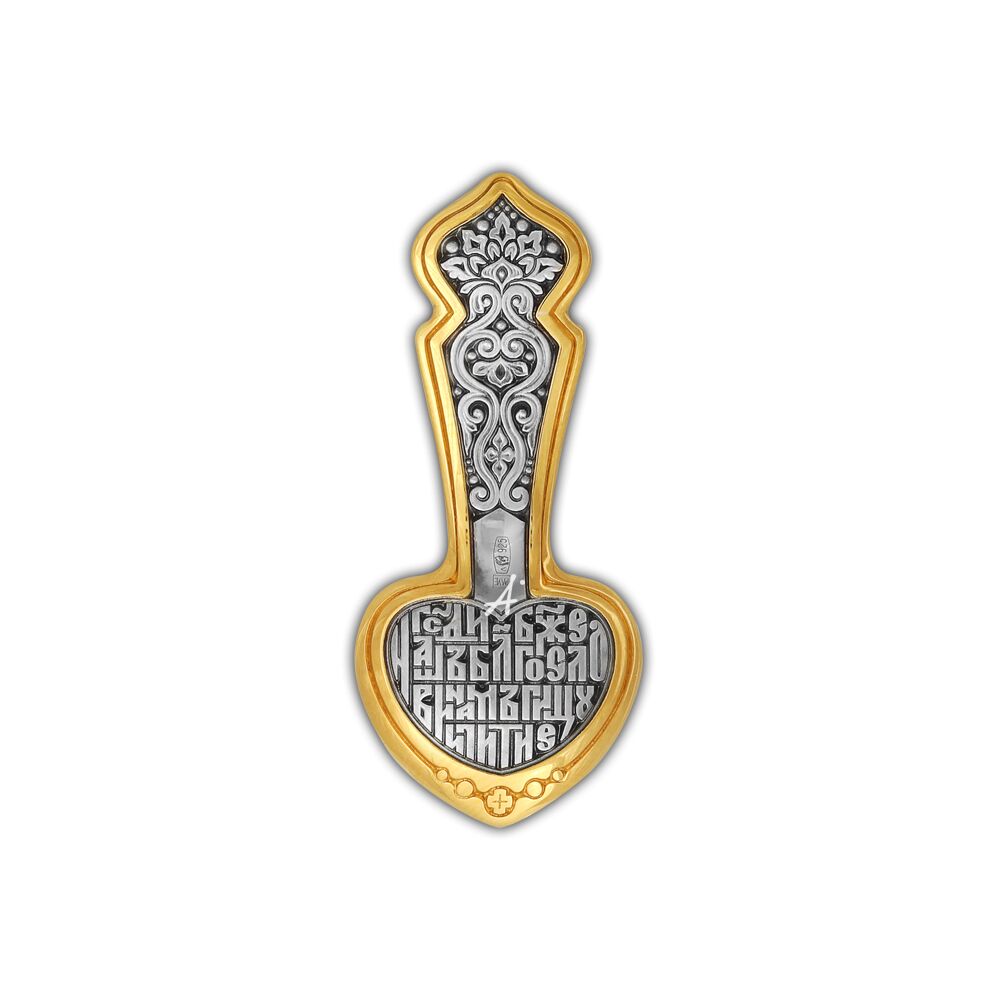 """O Lord our God, bless our food and drink"" ̶ that is a prayer written on the reverse of a tiny spoon chamber. The prayer text is foliation framed in Old Russian style, a heart-shaped palmette with lily inside being one of the main elements thereof. Lily inside a heart is a symbolic performance of the spiritual blooming, purity, and love for God. A large Calvary cross is placed on the spoon handle. Such shape of the cross ̶ an eight-pointed ̶ is especially revered in the Orthodox Church. The handle pommel is decorated with a nimbused flying dove ̶ a symbolic image of the Holy Spirit.

Tiny spoon is made of 22-kt silver and plated with 25-kt gold. It is only 4 cm in length, and 6 g for a weight. This spoon will be a wonderful gift on a baby’s baptismal day. The custom of presenting silver spoons “on toothy-peg” has existed in Rus’ for a long time, and is reborn now. It was common among people to buy a silver spoon as a gift for the baby’s first tooth cutting. Later a tradition became permanent of presenting a silver spoon, together with the first close-to-skin cross on baptismal day.

With the advent of European tradition of the custom of preferring only personal, individual spoon became forgotten. Now many people are even not aware of it. However, it is still spoon that symbolizes prosperity in home; abundance, and peace in the family. That’s why spoon as a gift means wishing wealth, joy and God’s blessing. This is also proved by traditional congratulations whose sense is apparent to everyone: “Dip up ladleful from life!”, “Live with the red spoon!” (Indulge in every pleasure).