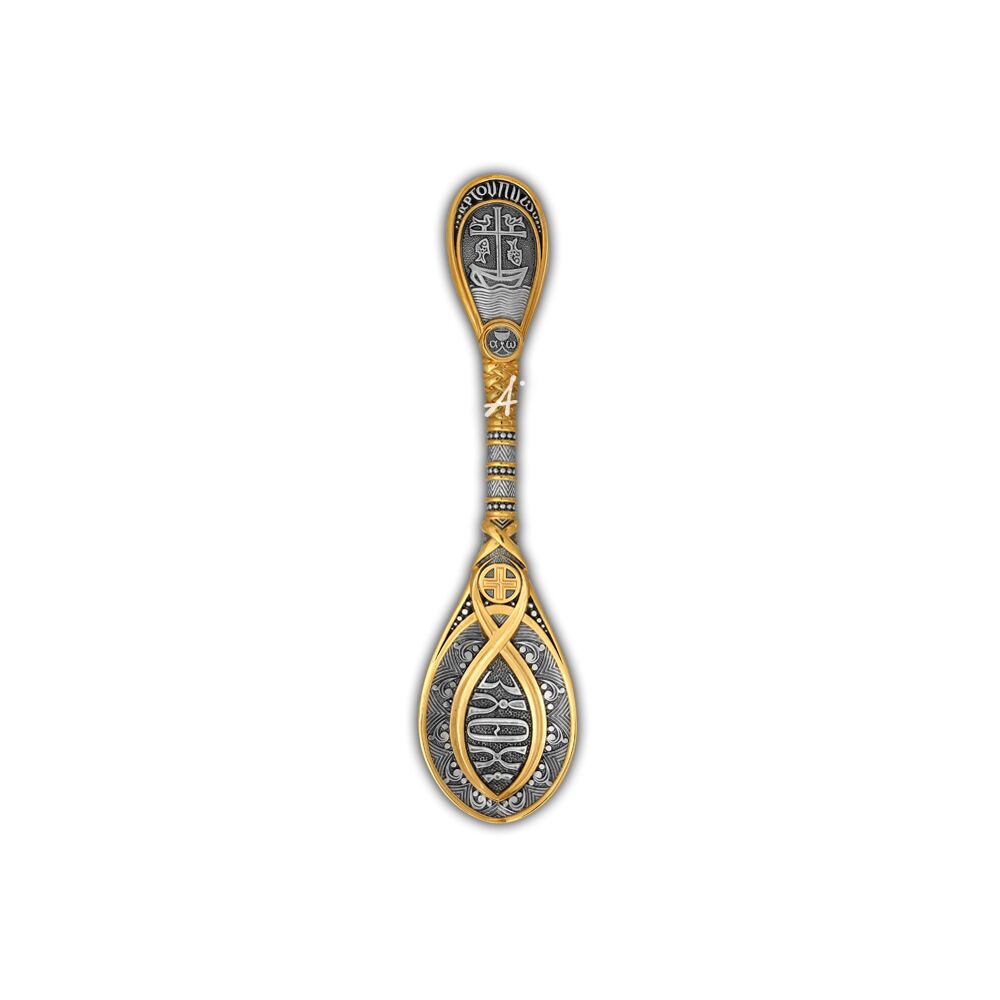 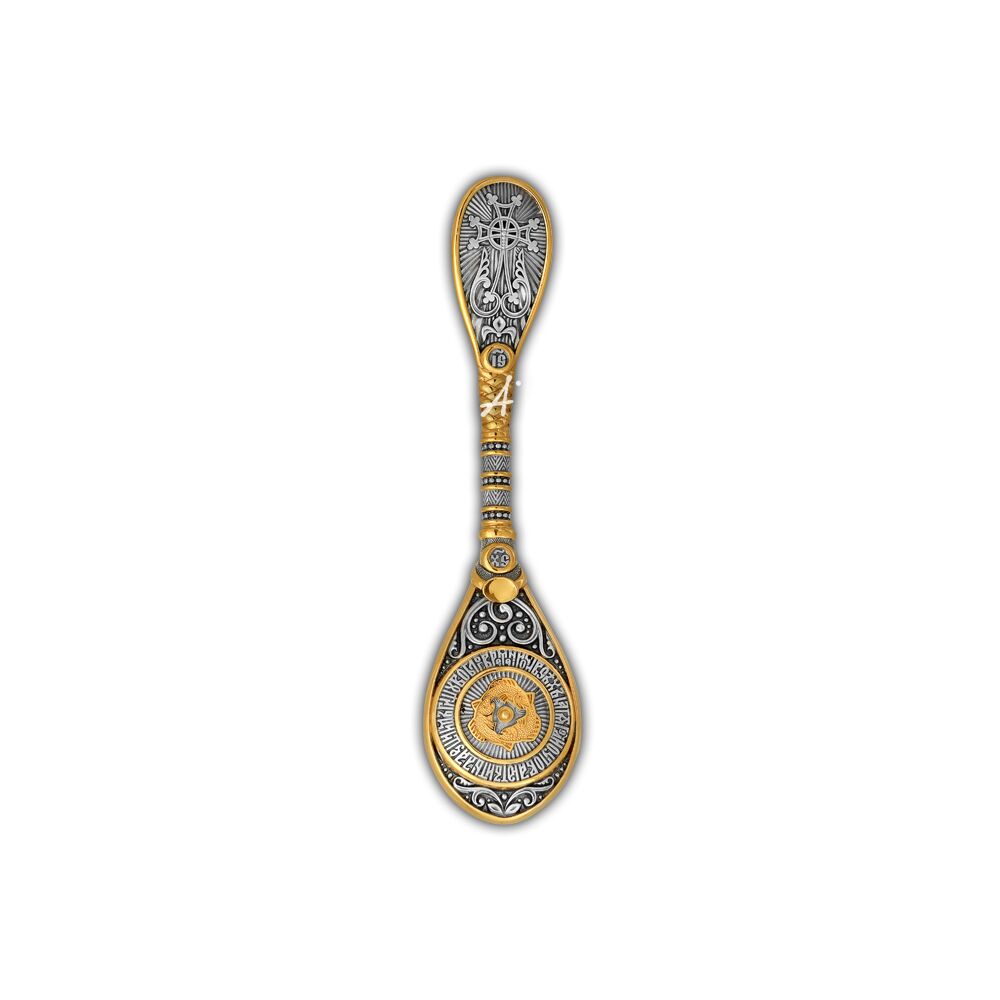 "Artistic figure of a spoon is full of ancient Christian symbols that remind us that food is God sent. God takes care of the people and the faithful remembers it with gratitude. The memory of God, love and gratitude are the main components of human moral purity, the foundation of Christian virtues. One of the main virtues is the right treatment of food. The Orthodox Church teaches not to glut ourselves with food, not to relish. The food is worldly goods and source of bodily health, and one need to take it with prayer and thanksgiving to God. On the convex side of the spoon chamber there is written the first line of the prayer that believers say before eating: ""In Thee, O Lord, have all eyes hoped, and Thy give them their food in times of need!"" In the other words all people on earth are look at the Lord with the hope that He will give food to everyone with due time. God opens His generous hand and nourishes all flesh at will. Since a spoon cannot be a subject of worshipping, and icon of God cannot to put on it, the prayer is written around His symbol  ̶  around three identical fishes intertwined in a circle. The Most Holy Trinity is known by us only through Jesus Christ, Who is the only flesh incarnation of the Triune God. And the early Christians often represented Him as a fish.

Old Christian symbol  ̶  fish with inscription ΙΧΘΥΣ  (ICHTHYS)  in Greek  ̶  is put on the inner side of the spoon chamber. ICHTHYS is the acronym for Ἰησοὺς Χριστὸς Θεoὺ Υιὸς Σωτήρ (Iēsous Christos, Theou Yios, Sōtēr), which translates into English as ""Jesus Christ, Son of God, Savior"". Since the days of the early Christian Church, fish symbolized not only Christ Himself, but also His followers, as well as the main church service  ̶  the Eucharist that was instituted by Jesus Christ as a Sacred Meal; where the Body and Blood of Christ were offered as a sacrifice.

The New Testament also associates the fish symbol with preaching of the apostles, Christ's disciples, many of whom were fishermen. The Lord told them that they would become the ""Fishers of Men"" instead of the ""fishers of fish."" Navigating in the raging sea of ​​life they will save drowning people from its dark waves by their gospels like with a seine. Subsequently, the ship became a symbol of the Church saving people in the stormy sea of ​​life and leading them to a safe haven – the Kingdom of Heaven. Such an early Christian symbol – the boat with fishlets and birdies around the cross shaped mast – is put on top of the spoon handle. Above the ship there is an inscription in Greek άρτον ημών, which means ""daily bread."" On the other side we see a blossoming cross – a symbol of eternal life and paradise blossoming.

Such a spoon will be a wonderful present on a baby’s baptismal day, as well as on name's-, or birth-, or on wedding day. Indeed in Rus’ spoon had always symbolized prosperity and abundance. Therefore popular are traditional wishes: “Dip up ladleful from life!”, “Live with the red spoon!” (Indulge in every pleasure).