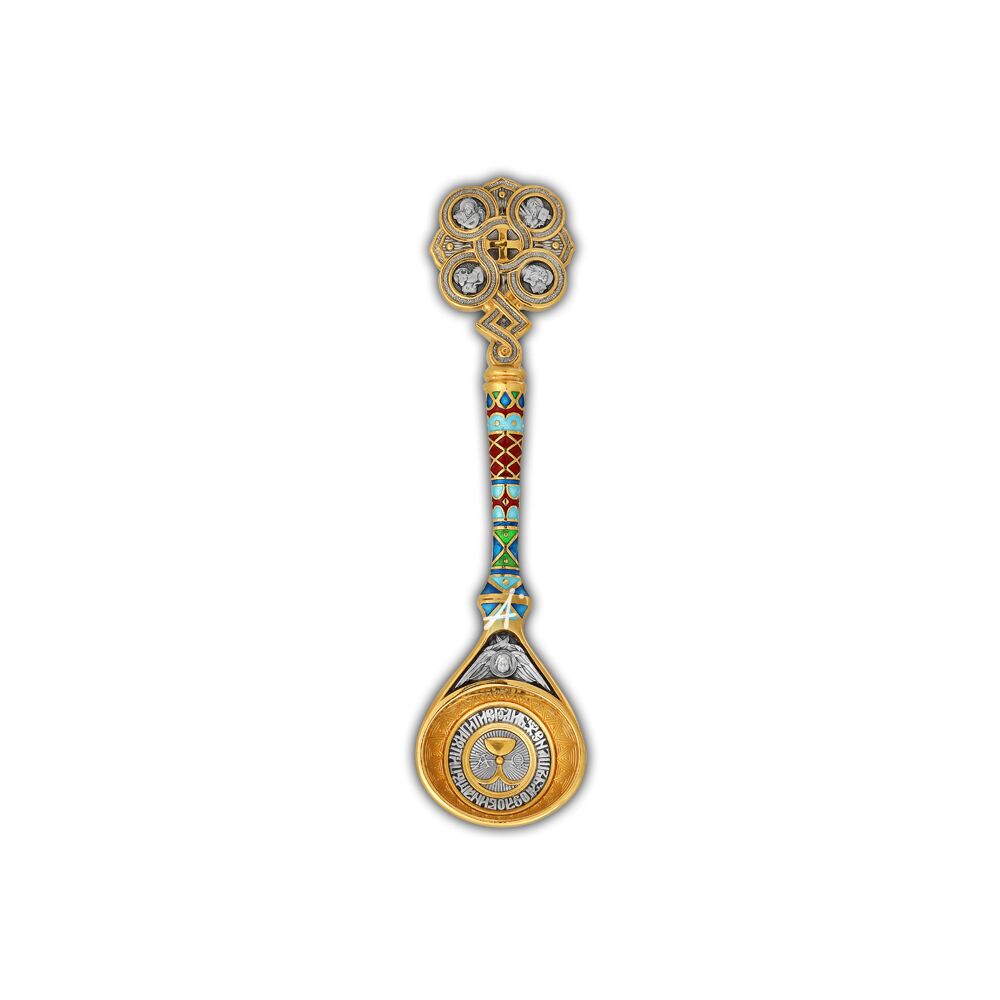 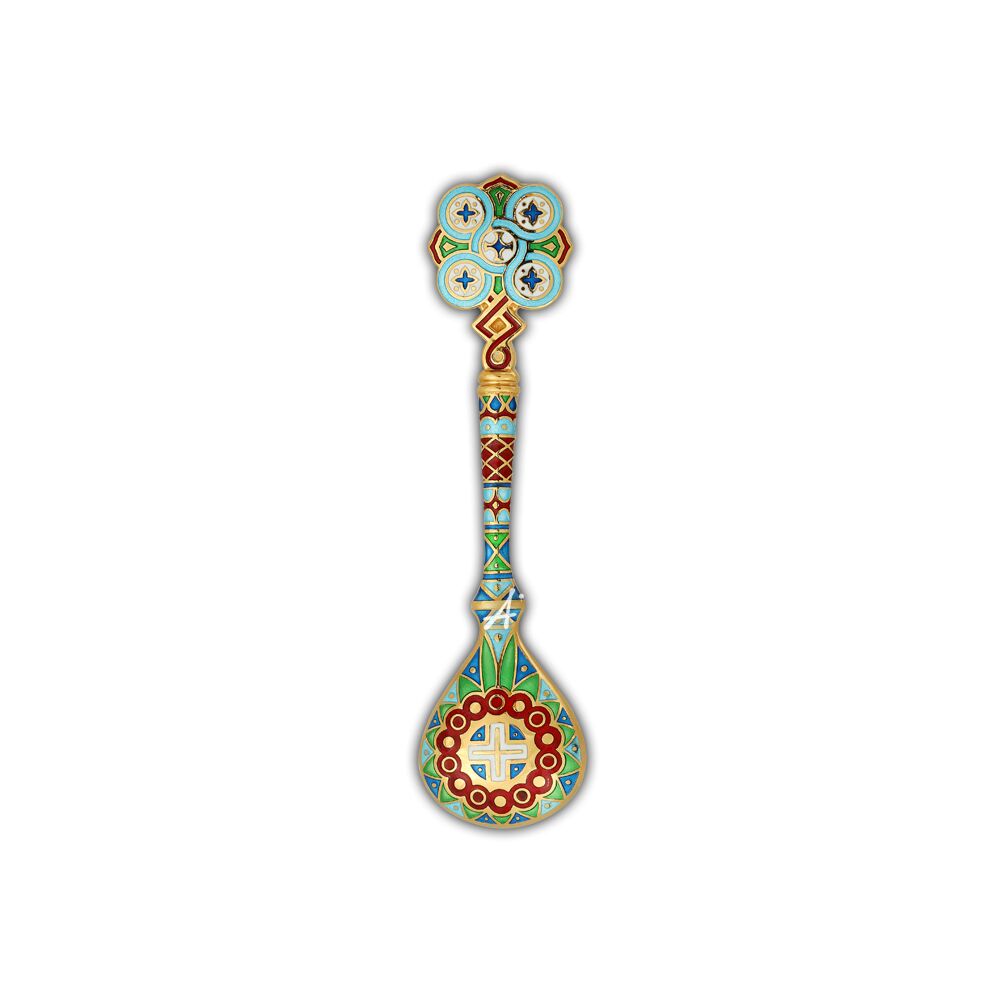 "Dip up ladleful from life; let’s your living be gracious ̶ all these wishes traditional for Rus’ and concerned with God’s blessing are carried by the word-picture of the spoon “Evangelists’ Symbols”

Eating and everything that goes with it has always been shrouded in a variety of rituals among all peoples and not only among Christians. After all, food and drink are the basis of human existence. Abundant meat and drink symbolized prosperity and life. Therefore, in pagan antiquity every person dreamed of their unlimited resource. It was a cornucopia in Greece and Rome; magic tablecloth ̶ in Rus’; magical pot ̶ in Europe.

Jesus Christ inspired new meaning to this ancient symbolism. He instituted the main sacrament, the Eucharist, as a sacred meal that, being participated, bestows not the corporeal but the spiritual eternal life in the kingdom of heaven. During the supper just before the Cross suffering the Lord offered bread and wine to His disciples, saying, ""Take, eat; this is my body ... this is my blood of the covenant, which is poured out for many"" (Mk.14: 22-24). Breaking the bread, He named it His body, calling the wine in the cup His blood, and commanded: ""Do this in a commemoration of me"" (Lk. 22:19). This evening meal of Christ with the apostles on the eve of His Cross suffering is now known as the Last Supper. Through His symbolic actions the Lord had prepared His disciples to their soon witnessing of His sacrifice for the sins of the people, which will destroy the barrier between humanity and the Kingdom of Heaven; that will become a source of eternal life.

Since then, from the time of the Last Supper the sacred treatment of the usual meal, the prayers before having meal and thanksgiving prayers after it are an integral part of the Christian life. For Christians, the food is God sent that must be taken with gratitude and love. ""O Lord, our God, bless our food and drink"", is written on the inner side of the spoon chamber. These words surround the bowl ̶ the symbol the Eucharistic sacrifice, the main gift of Christ to humanity, which introduces us into the eternal life.

On the handle pommel in circles there are symbols of the four Evangelists. These are four disciples, the apostles of Christ, who has recorded the history of the Lord’s earthly life and His teachings in the Gospel that the Church calls metaphorically the Book of Life. Due to the Evangelists ̶ Sts. Matthew, Mark, Luke and John ̶ the knowledge of Christ and of His Sacrifice introducing people into life in Eternity, became open and accessible to all mankind.

Such a spoon will be a wonderful present on a baby’s baptismal day, as well as on name's- or birthday and on wedding. Therefore popular are traditional wishes: “Dip up ladleful from life!”, “Live with the red spoon!” (Indulge in every pleasure).