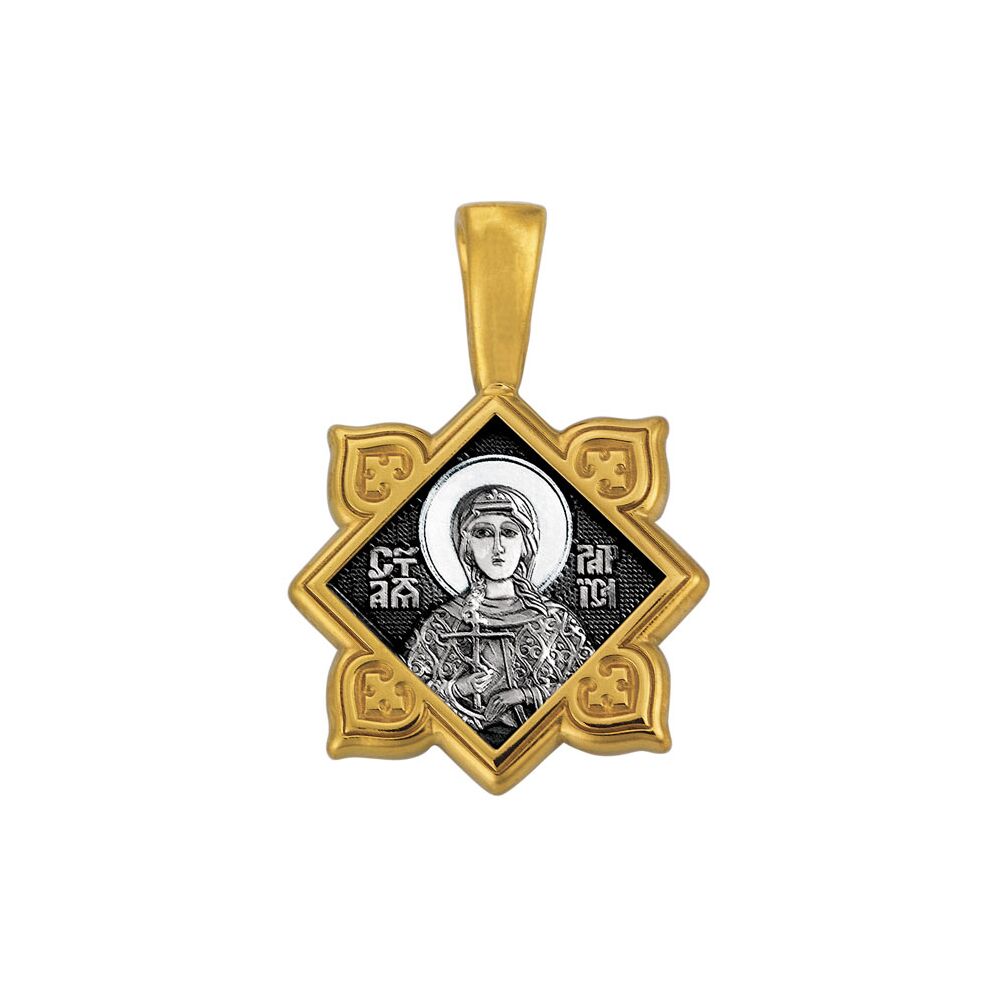 They appear before everyone setting hopes upon them.

Almost nothing is known about the life of St. Larissa, Martyress. Scant legends tell only that she was descended from Ostrogoths and during a liturgy was burnt in a church together with other Christians about 375.

Ostrogoths, or Eastern Goths were a German tribe that migrated from the Baltic to the coast of Black Sea by the end of the 2nd century (about 182-215), and in a territory of present-day Russia and Ukraine founded Gothic kingdom situated between Dnieper an Danube and in Crimea. In 260 Ostrogoths started making raids upon the lands of Roman Empire in Asia Minor, and captives first familiarized them with Christianity. Mass conversion of Goths to Christianity began about 323 in the reign of the Emperor Constantine the Great, Equal to Apostles. At that time not only churches appeared in Gothia, but first monasteries and convents as well.

However, the multiple of Ostrogoths kept following tribal god Wotan. Romans were traditional enemies of Goths, and took Christianity as the religion of enemies. Under King Athanaric persecutions of Christians began. King Athanaric's ministers placed a statue of Wotan in a chariot and paraded it before the tents which Christians used for church services. Those who worshiped the idol and offered sacrifice were spared, the rest were immediately killed with outrageous cruelty. On the orders of one of warlords perished in the fiery inferno 308 people, of whom only twenty-one are known by name. Among them St. Larissa is named. There was also an anonymous man who came to the tent and confessed Christ. He was martyred with the others. Different manuscripts give variants of their names.

Later the Gothic king's widow Gaatha (who was an Orthodox Christian) and her daughter Duclida gathered up the relics of the holy martyrs and brought them to Syria with the help of some priests. Gaatha later returned to her native land, where she was stoned and died as a martyr, along with her small son Agathon. The relics of the holy martyrs were left to Duclida, who went to Cyzicus in Asia Minor and gave some of the relics for the founding of a church. St Duclida lived in Cyzicus to old age and died in peace.

The Holy martyrs of Gothia are commemorated on April 8 (March 26)."