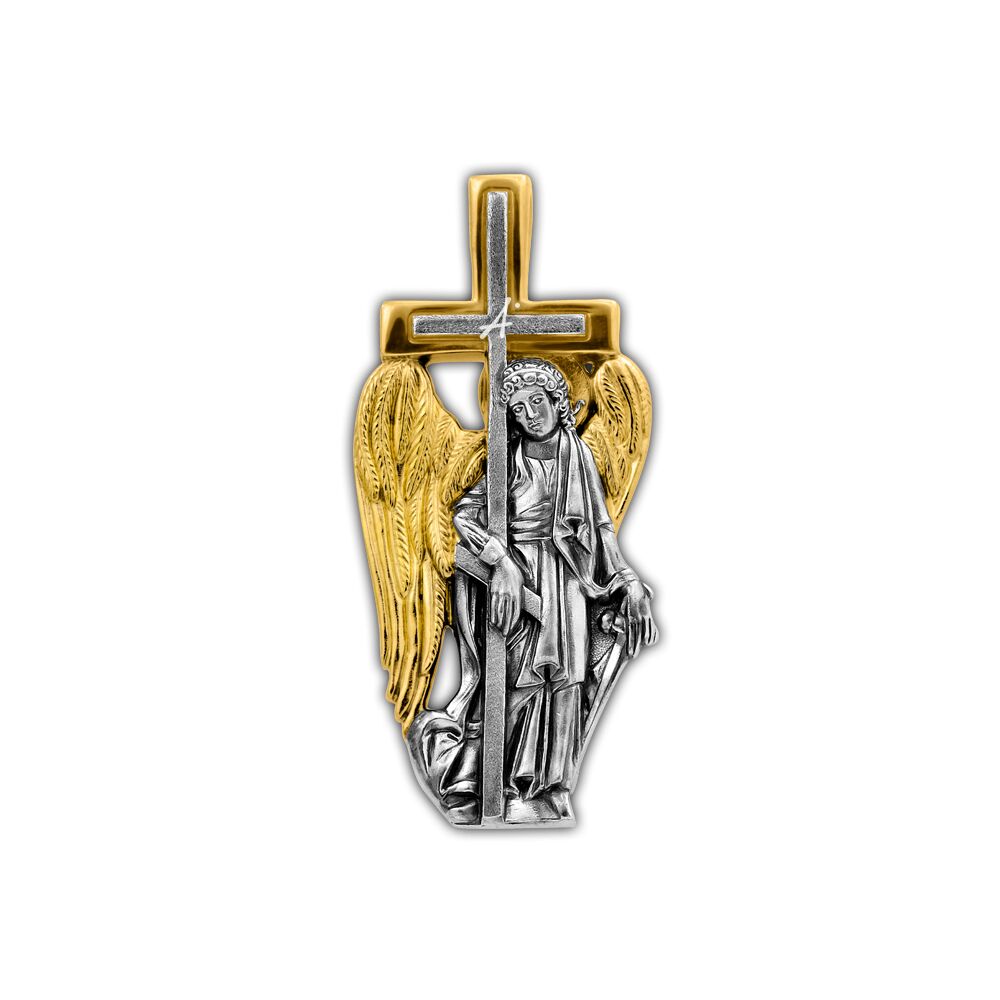 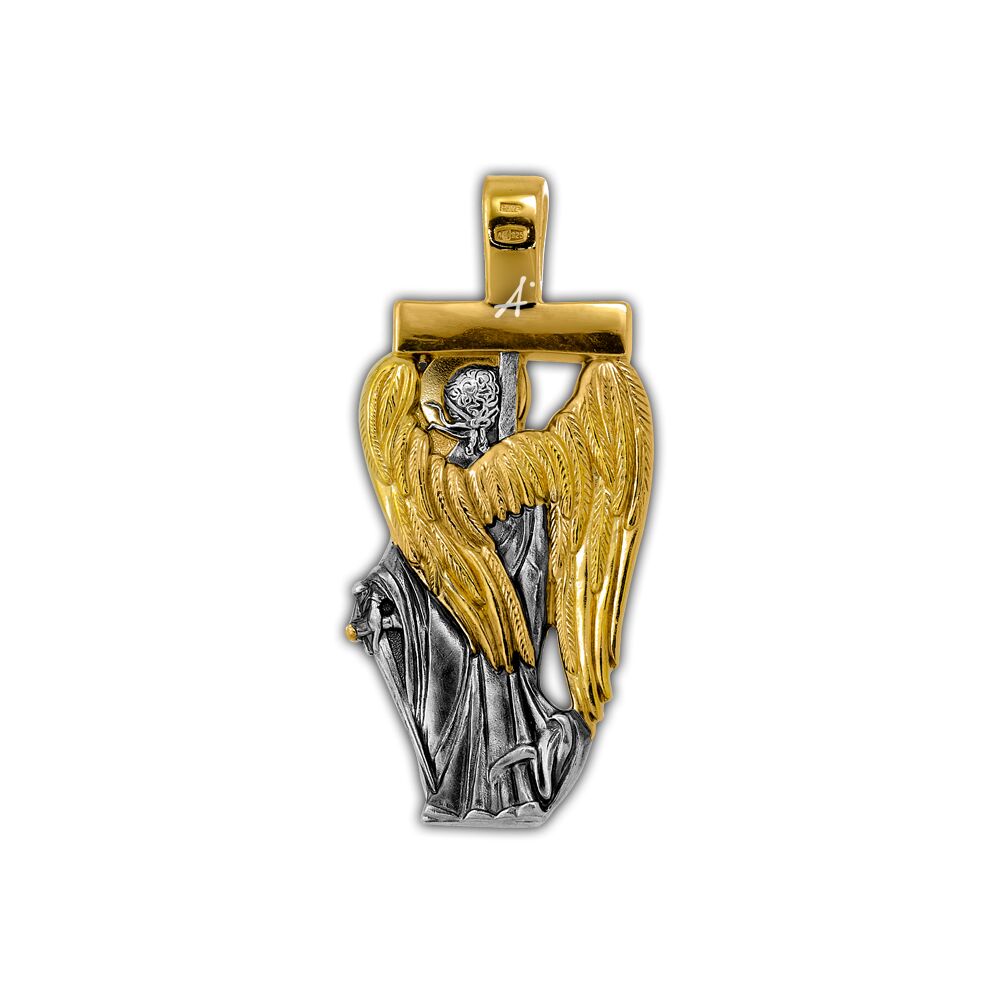 "The saints’ images in the form oftwo-sided reliefs similar to flat sculptureshad been made in Russia since ancient times. It is knownfrom chronicles thatin the 16thcentury large woodenembossed icons had already existed in the Russian North and in Novgorod. In the 19thcentury there gained groundsmall metal chesticons. They were called carved since after casting the image background was stamped or carved.

Small icon in the form ofGuardian Angel is not just a decoration, but a real miniature icon. In Angel hands we see traditional symbolic attributes of Guardian Angels: Cross – the sign of obedience to Christ, and following His commandments; Sword – the symbol of uncompromising fightthat he wages against demons, reflecting their assaults on people.

""Angel"" means ""messenger."" In common with human beings the Angels were also God created, but with another nature. On icons they are portrayed in human appearance with large wings. Their mighty wings symbolize the quickness, with which they perform God’s behests, small ribbons around the Angel heads and beside ears symbolizing their permanent hearing God’s voice.

There exists the infinite number of Angels, all of them making up harmonious Heavenly system.Guardian Angelsare of lower rankbut of closer to people. Defending everyone they heave the abandoned, help the devout and never leave anybody of us in the course of our earthy life.

Everyone has a Guardian Angel of one’s own that is given to him (her) when getting baptized, and invisibly remains beside all one’s life.The Guardian Angelic ministration consists of not only protectingthe person but also of contributingto his (her) soul saving for futurity.Therefore the Guardian Angels evangelize person spiritually, set him (her) on the right path, and invoke God for him (her).It is the Guardian Angel that goes along with the soul in all the ordeals after death and leads it to the eternity.

Guardian Angels take a live and active part in human being destinies. As pure and holy creatures capable only of loving and doing good, Guardian Angels dotheir best to serve our true good and salvation. Being constantlybeside the Guardian Angel at your request not only secretly edifies you and offers your prayers to God but also on behalf of itself guards and protects you against visible and invisible enemies, and on behalf of itself intercedes for you before God.

Just like human beings the Guardian Angels are personalized creatures, but we are not allowed of their names to be known, as well as of the name of our personal Guardian Angel. That is why there is no special form of worship either for all of the Guardian Angels or for each and every. But Church binds us to revere and thank our Guardian Angel privately, in our daily prayers, to appeal to it for patronage and protection as to our nearest spiritual guide.

The image was assiduously created by VictoriaBuldygina, the artist, and team members of the “Akimov” Company."