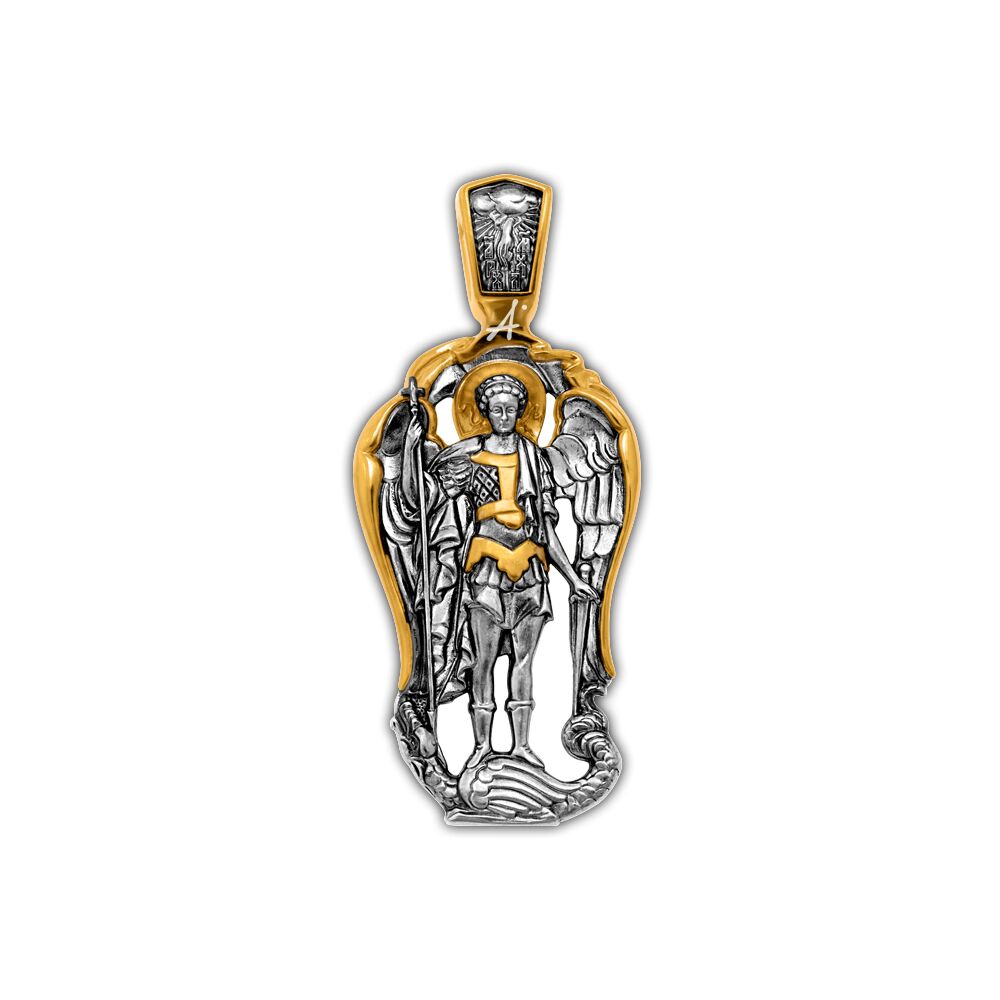 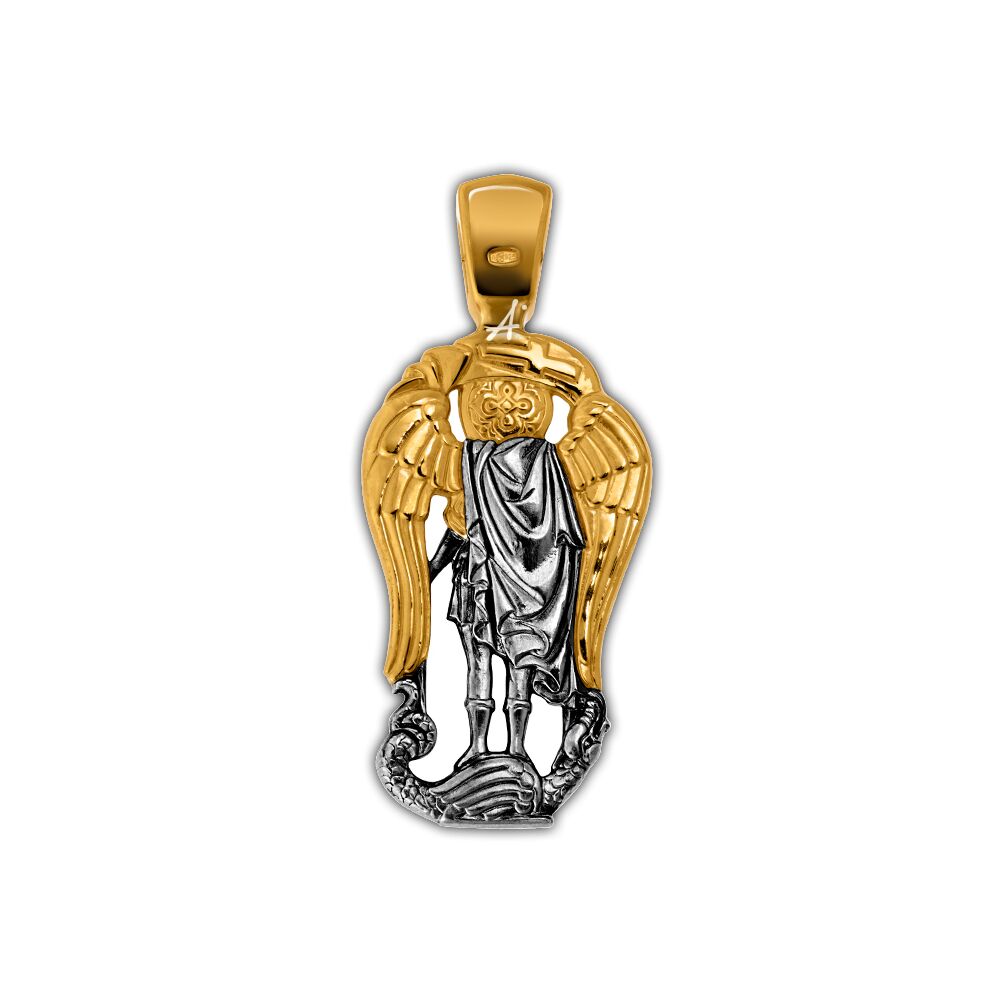 "Archangel Michael is the unconquerable defender of human being; the supreme captain of the heavenly host. His name means ""Who is like God?”, since he is the most powerful and rampant adversary of the evil. In Scripture Archangel Michael is called ""the prince"", ""the leader of the heavenly host"", and is portrayed as the main fighter against the devil and any wickedness among people. That is why his church name is ""Taxiarch"", i.e. the principal soldier, the leader. Michael was the first to turn against the archangel Lucifer who rebelled against God, and crash him down from heaven. In the Book of Revelation St. John the Evangelist narrates that the Archangel Michael is the eternal leader in the war against the devilish dragon and the evil angels that rebelled with him against God. ""And there was war in heaven: Michael and his angels fought against the dragon and the dragon and his angels fought against them, but couldn’t resist, and there was no place for them in heaven. And there crashed down was the great dragon, that old serpent called the Devil and the Satan.""

On icons the devil is often depicted as a serpent or a dragon. Michael defeats it, and binds, crushing it to the bottom of hell. On such icons Archangel Michael is depicted as an armored warrior with a fire sword. Behind his back there are big wings, his temples being surrounded with fillet with curled bands – ribbons, symbolizing his keen ear and attention to God. A banner waves above his head, since Archangel is «standard-bearer of Christ "".

In the Old Testament Archangel Michael is narrated as the defender of Israel. So, he appeared before Joshua the Son of Nun as an assistant in the conquest of the Promised Land by Israelis. Some Fathers of the Church believe that it has been Archangel Michael who as the mysterious pillar of fire has went before the Israelites during their Exodus, and scuppered swarms of Pharaoh's army in the sea. He is also attributed the defeat of the vast Assyrian army besieged Jerusalem in the time of the prophet Isaiah. During the fall of the Babylonian Empire Archangel Michael appeared before the prophet Daniel. On the same occasion the prophet was predicted that at the end-times coming of the Antichrist Archangel Michael will throw his weight behind the people of God, that is, all Christians.

Christian Church venerates Archangel Michael as the defender of the faith, a fighter against heresies and all evil. But the Archangel fights not only for the whole Church. With the same implacability he fights with dark spirits for one human soul. Therefore, he is often portrayed on the near-to-skin crosses and small icons. In extreme antiquity Russian princes and soldiers tried to find the protection of the Heavenly Military Governor, and his winged figure often decorated their helmets. Archangel Michael is prayed for the dead, for those went off to the war, for those who are in difficulties, and for simply misguided. Often graveyard churches are a tribute to him, for example, the Cathedral of Archangel Michael in the Moscow Kremlin – the sepulchre of the Moscow princes and Russian tsars.

In the Holy Scriptures describing the appearance of angels to different people, only some of them are mentioned by own names – those who had a special mission in establishing the kingdom of God on earth. Archangel Michael is one of them. Together with other bodiless heavenly host and archangels Gabriel, Raphael, Uriel, Salathiel, Jehudiel and Barachiel Archangel Michael is commemorated on November 21 and September 19.