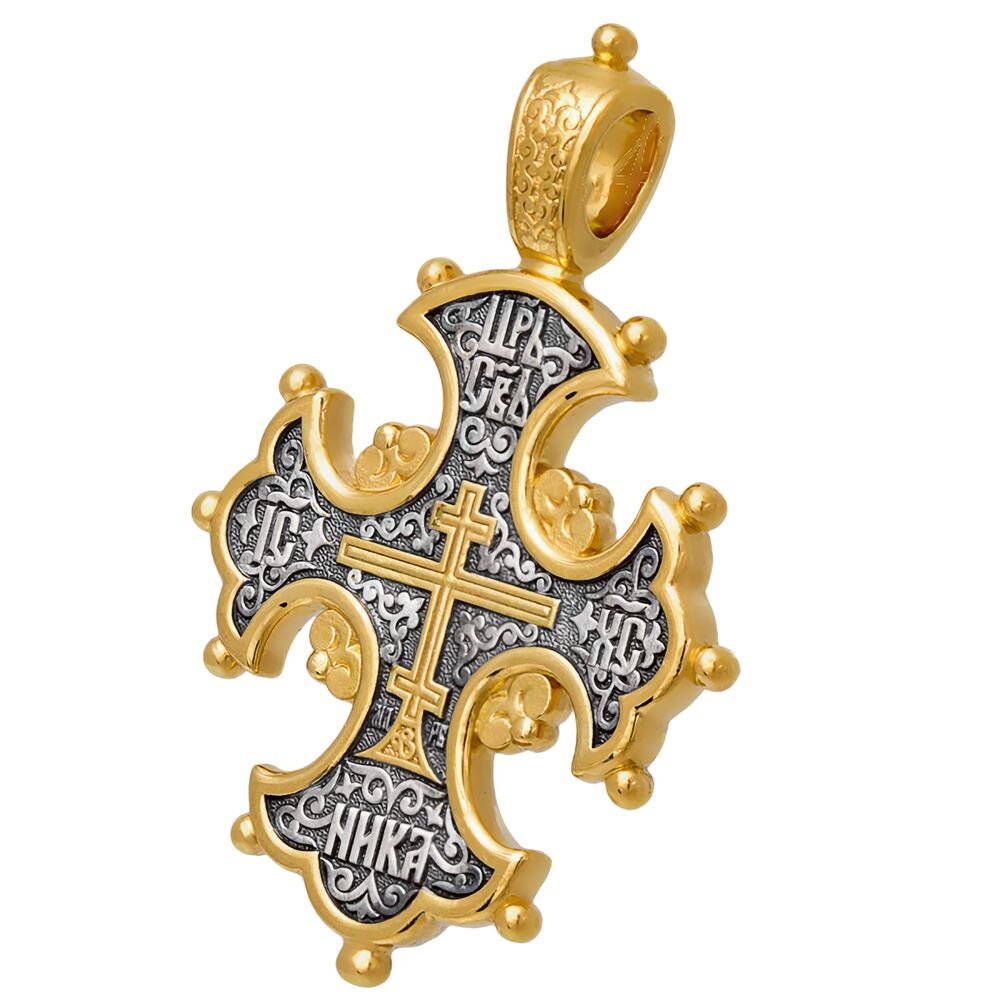 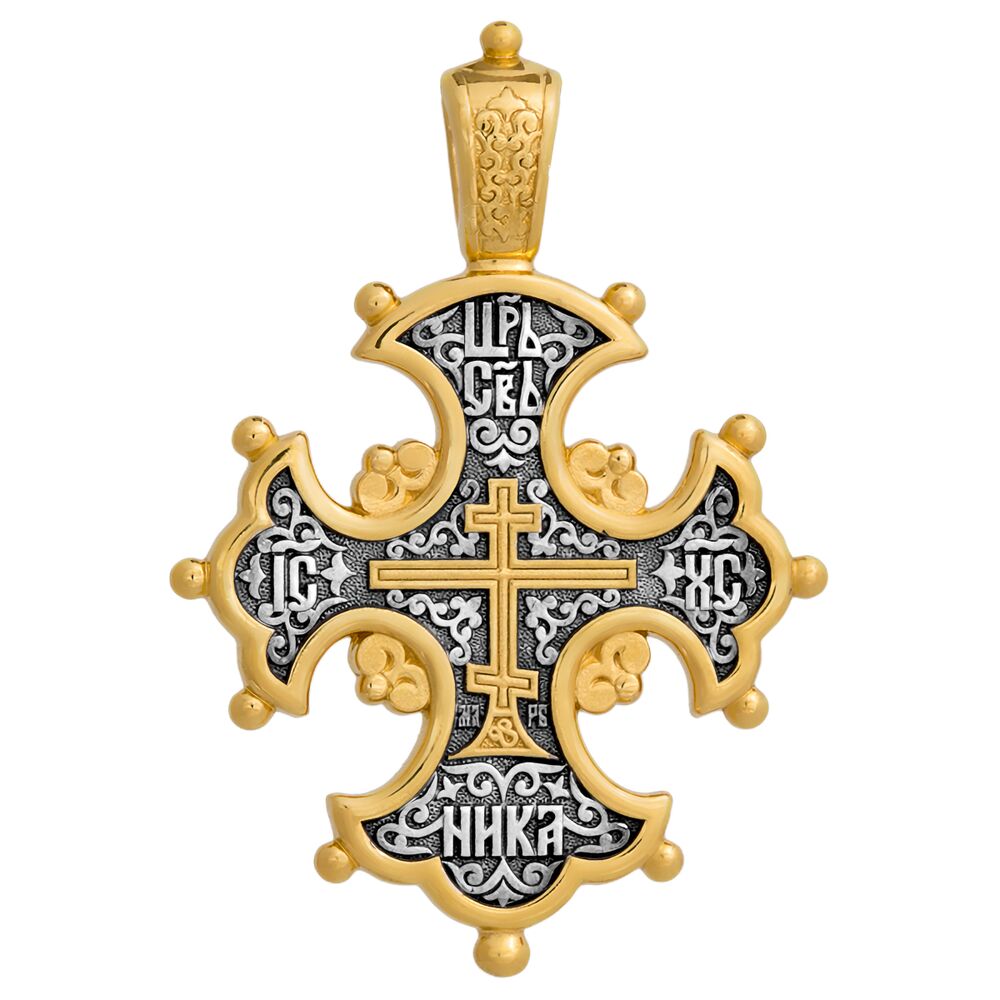 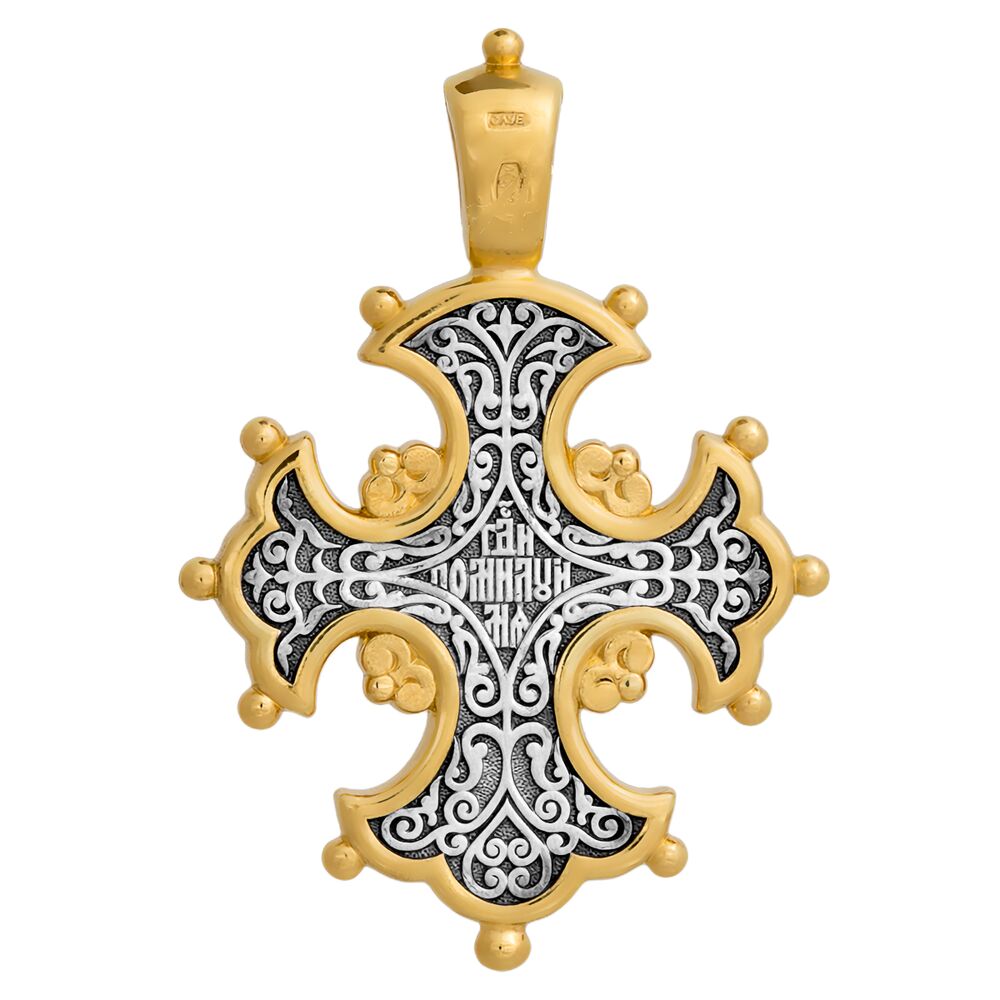 "Crosses having shape of radiating lilies decorated with beads and volutions became widespread in Russia in 17th century. In Christianity lily symbolizes purity, sanctity and humbleness before God. “Lilies, the Beautiful”, that is how Russian saints named their collected sermons on Christian virtues.

There is told in Gospel that Christ indicated lilies as perfectly beautiful flowers. Those were lilies that He held up as an example for those people who in their concern about earthly wellbeing forgot God. “The lilies do not care about their garments, – the Lord said, – though they are dressed better than King Solomon – it is God who dresses them so well”. So a person who clothed in humility and won spiritual purity and love would receive everything from Him.

The lily resembles the All-Holy Trinity, that is seemingly why in the old days the legend was composed of Archangel Gabriel coming to Virgin Mary with a lily in his hand in order to annunciate Her future giving birth to the Divine Son. Lily is as well the symbol of purification through christening, and is often a part of ancient ornaments.

Due to rhythmic reiteration of the same elements any ornament sensifies the Universe order, harmony, and consistency. Static in outward appearance it always carries intrinsic motion. Being a symbol of four ends of the earth, of the entire Universe inwardly consolidated by Divine power, the cross as if “sprouts” by lilies, in token of purifying and transfiguration. Its every crossbar is decorated with sprouts that symbolize the Garden of Eden. This is a symbol of the world that was cleansed of all kinds of evil, of death and  animosity, similar to New Jerusalem; of the world where Love, Beauty and Light of Gospel reign; of the world that is opened up to a person through getting baptized.

On the cross obverse the holy name of Christ ""ИС ХС” is scripted. “The King of Glory” is above, below being “НИКА”, which means “I overcome”, since the Lord overcame death by the Cross, and opened the gate of New Jerusalem for people. But only righteous persons may enter it. However a hope on everlasting mercy of God, that is why the paryer is written on the cross reverse: “O, Lord have mercy on me!”"