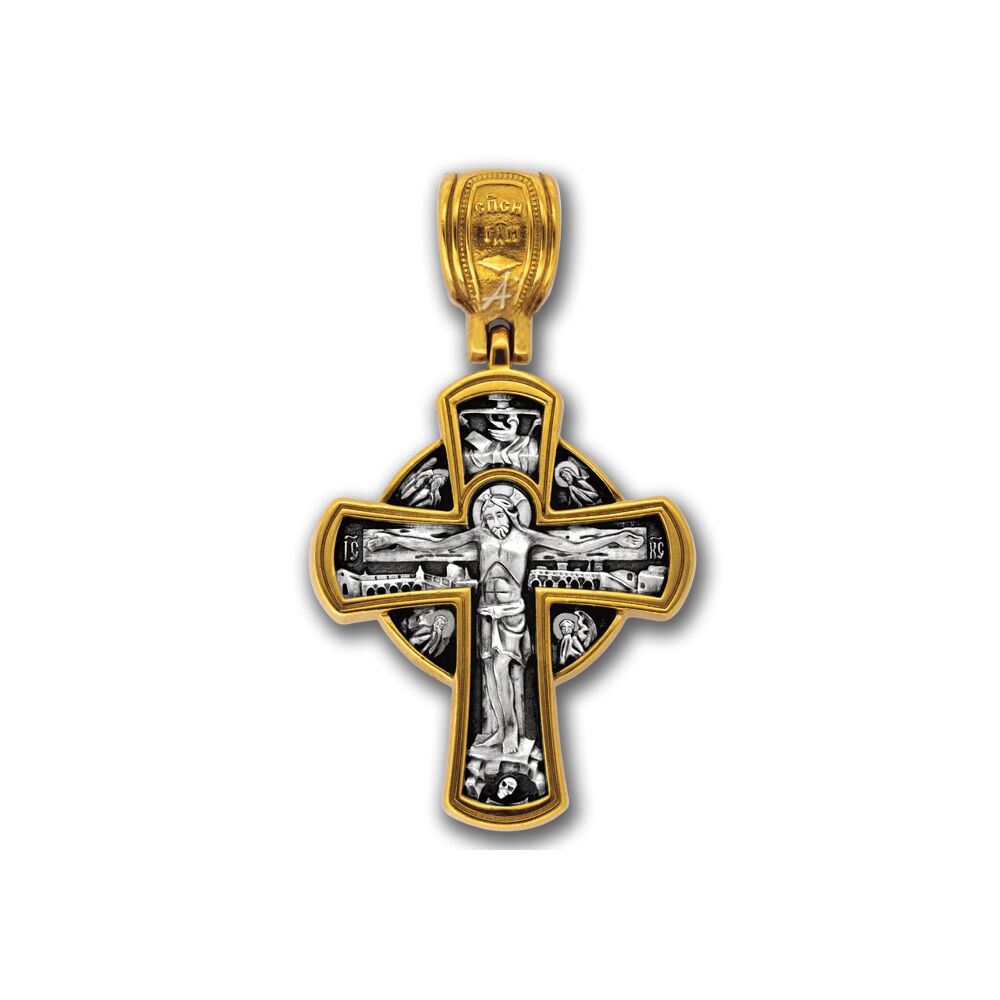 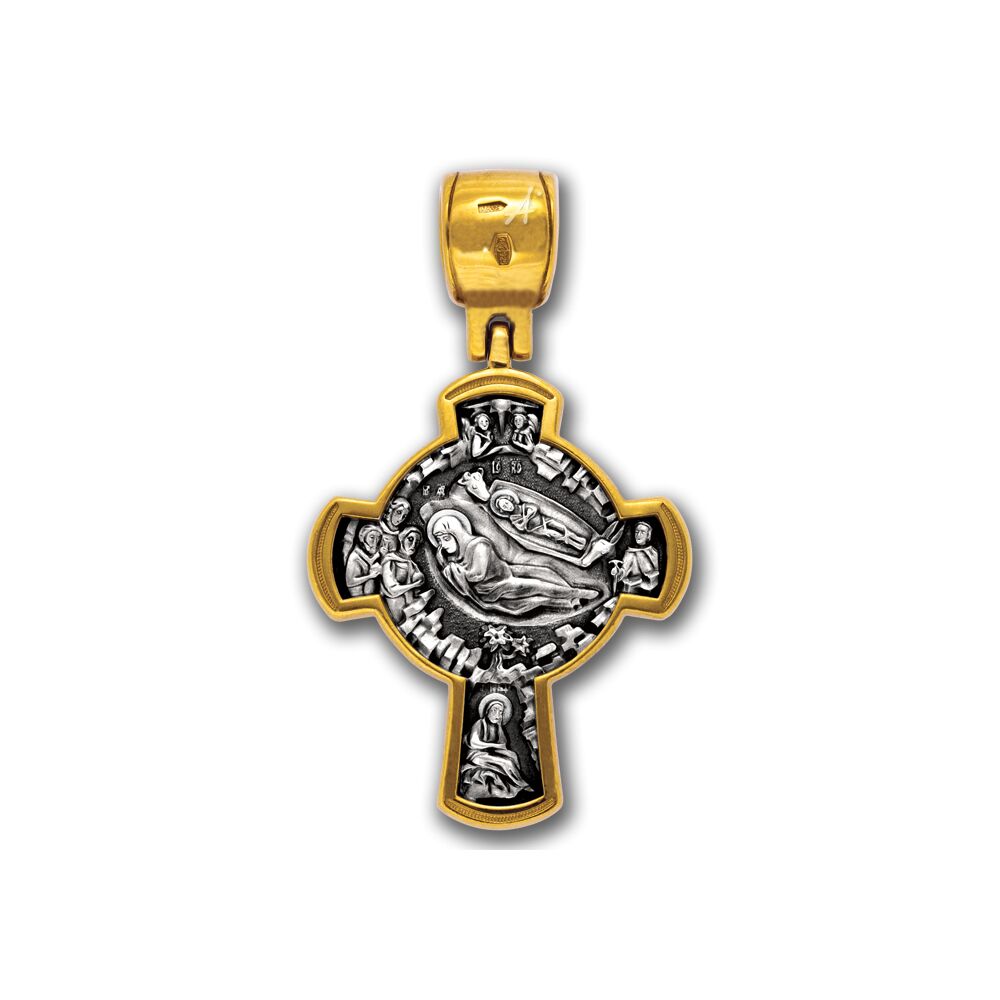 "Traditionally Jesus Christ, the Crucified Lord is portrayed on the cross obverse. The reverse is devoted to the festival of Christmas, the Nativity of our Lord Jesus Christ — the major event of the human history for many nations. It is the Nativity day that the AD era (Anno Domini, i.e. “in the year of our Lord”) has started from.

In the New Testament the Nativity history is described by two Evangelists — Matthew and Luke. In the Gospel according to St. Matthew there is narrated the well-known Christmas story of adoration of the Magi — of Eastern magicians who came to newborn Jesus Christ, following the star, the star of Bethlehem. The Magi made gifts of gold, labdanum and myrrh (fragrant oil). The gifts are symbolical: in the capacity of a king Christ was given gold as a tax; in the capacity of God He was given labdanum, the latter being used during divine services; and myrrh was given to Him as to a human being who is mortal (in those days the deads were anointed with myrrh-containing oils). That is, those gifts indicate Christ’s royal, divine, and human services.

In the Gospel according to St. Luke the events related to the Nativity are narrated differently: told is the story of the cave, the crib, and adoration of the shepherds and angels. St. Luke writes that taxing has just started in Judea when birth term has come for the Virgin Mary. It was customary with Jews to take the census by generations, tribes, and kins, every tribe and generation having determinate towns and the Forefathers places of their own. Therefore the Virgin Mary and Joseph moved to Bethlehem: in that town King David, their ancestor had been born. But there appeared no free room for them in any town inn. So, the family bedded down in a cave where the cattle had been usually penned in filthy weather. It was that cave that the Savior was born. Having born the Son the Blessed Virgin Herself swaddled Him and put into a crib — a feed-through. Though the Evangelist does not speak of cattle presence in the cave, one of the Old Testament prophesies about Messiah, Isaiah’s prophesy, says: “The ox knoweth his owner, and the ass his master’s crib: but Israel doth not know, my people doth not consider” (Is. 1:3). And the prophesy came true: animals were first to greet the newborn Savior. Jesus Christ was born in the night time when all dwellers of Bethlehem and environs had been already asleep. Only shepherds kept awake, watching the herd. St. Luke indicates that an Angel appeared before them, and they made haste to greet the Savior and His Mother.

In Nativity icons these two stories are pooled: Magi, shepherds and angels are portrayed beside the Mother of God and crib of Christ. The Child Jesus is the smallest. His diminutiveness is a symbol of infinite belittling of God who was incarnated in a tiny helpless baby for the sake of human salvation. The Mother of God is on the contrary huge. She is higher than people, angels and even mountains. That symbolizes Her laudation and aggrandizement: having given birth to God-Man The Mother of God became above all angels and archangels."