Neck Cross Akimov 101.202 «The Vernicle Image of the Saviour. The Dormition of the Mother of God» 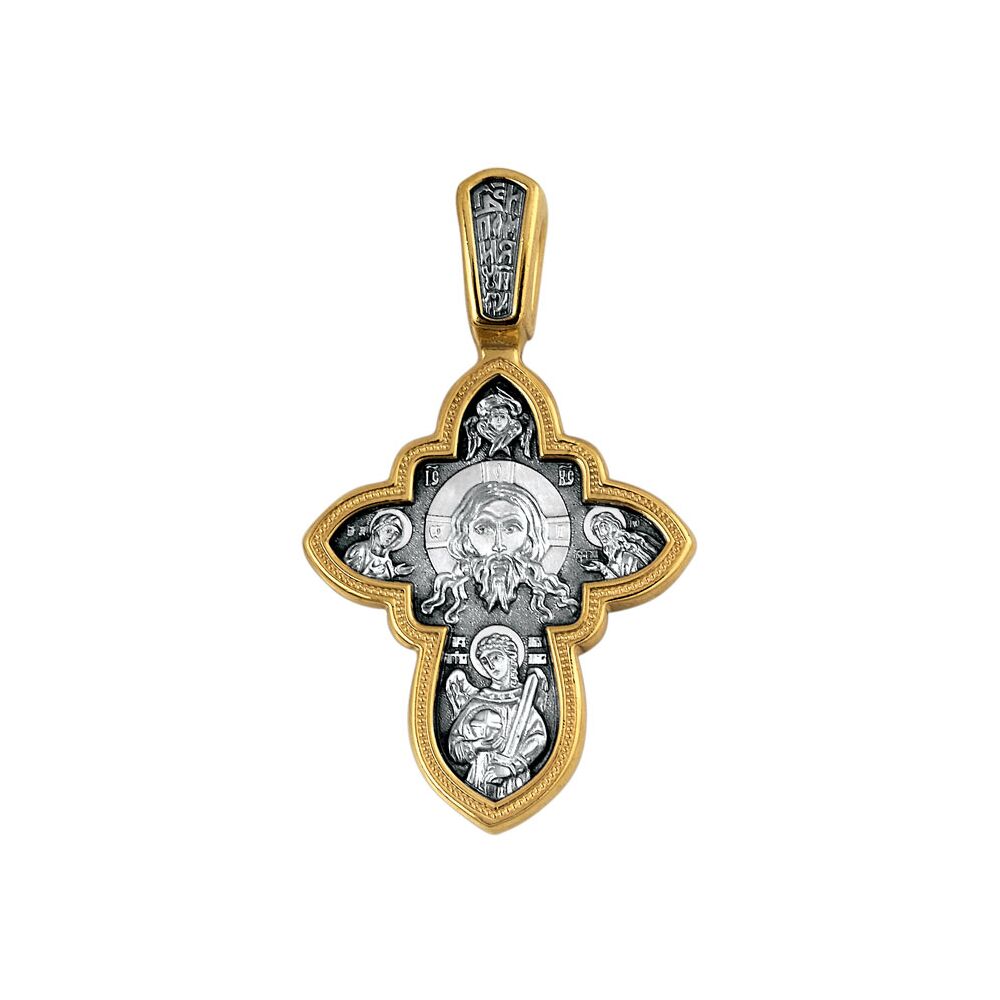 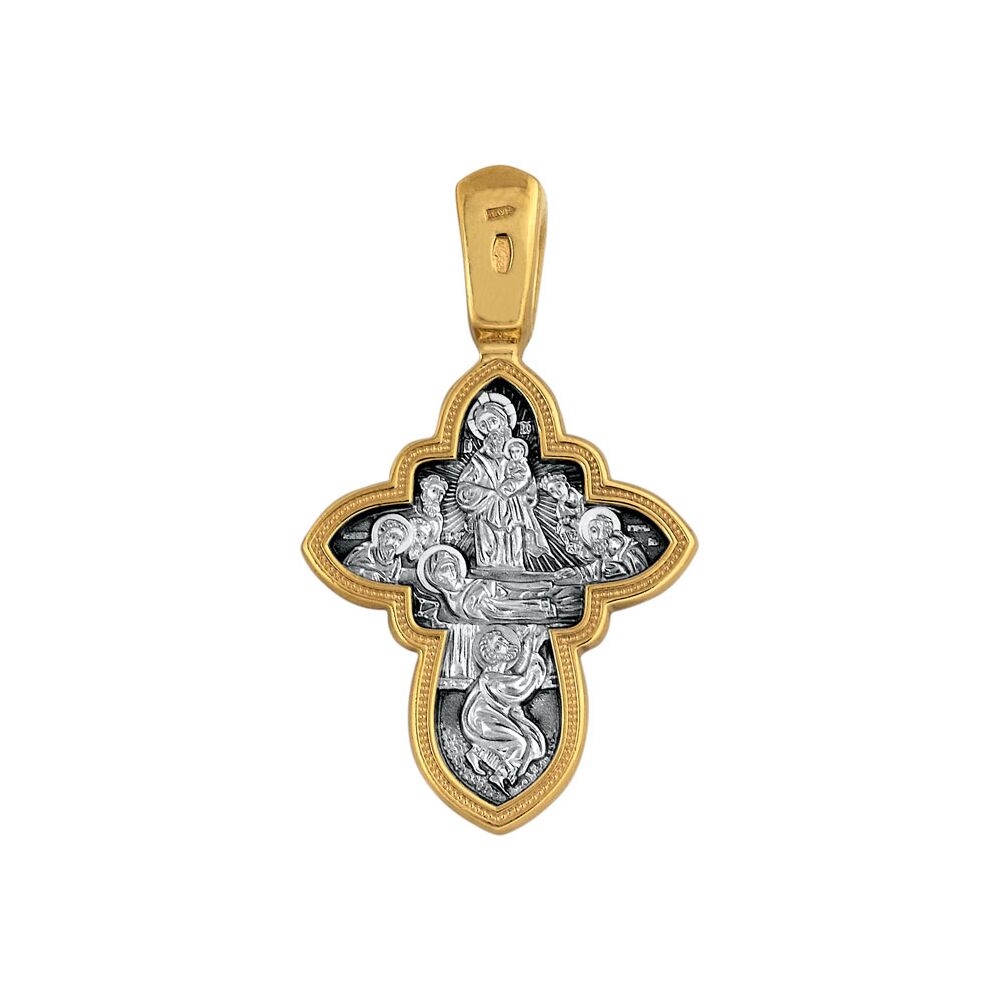 "This small neck cross is devoted to one of Twelve Great Feasts – the Dormition of the Mother of God” that in Orthodoxy is commemorated on August 28. The icon occupies the cross reverse completely. The images on the cross obverse are symbolically connected to the feast theme.

«The Vernicle Image of the Saviour. The Dormition of the Mother of God»On the obverse the Mother of God is portrayed in Deisis, i.e. in prayerful intercession with Jesus Christ in the Kingdom of Heaven. From the moment of Her Ascension She stands beside the Divine Throne together with John the Baptist (to the right) and the assembly of angels, and prays for people. The first sinner whom She healed was forgiven immediately after the Dormition during the funeral solemnity. That was a Hebrew named Auphony who intended to overturn the bed with Her body that the apostles were carrying. The Divine Angel who guarded the procession cut off the sacrileger’s hands with his sword, but the Most Holy Mother of God forgave and healed him immediately. She thereby gave the promise that She would hear and forgive every sinner repented and invoked Her, even if the person trespassed against Her.

The Dormition of the Mother of God is one of the most significant feasts. People call it “the Easter of the Mother of God”. As well as the Easter itself it is preceded by rigorous but shorter fast during two weeks. The feast name originates from Latin dormīre (to sleep) indicating that the Most Holy Mother of God has not die after Her visible bodily decease but as has fallen asleep for a while, and has resurrected thereafter as well as Her Divine Son.

The Gospel Book tells nothing about the earthly life of the Mother of God after the Savior Ascention. Various ecclesiastical legends kept some information on Her latter days. St. Dionysius the Areopagite, the disciple of St. John the Theologian and one of the witnesses of the Dormition as well wrote about that in 1st century.

The Mother of God spent Her recent years in Jerusalem praying day and night. Once the archangel Gabriel appeared before Her and announced Her the forthcoming Dormition, and gave Her a palm branch as a token of it. The Mother of God wished take Her leave of the apostles before demise, and the angels brought them to Her bed.

The Mother of God surrounded by the apostles was in happy expectation of meeting to Her beloved Son. The Light of Divine Glory started shining all of a sudden, and the King of Glory Jesus Christ descended to Her bed in its rays. Without any bodily suffering the Most Holy Virgin resigned Her soul to the hands of the Lord and Her Son.

According to some legends the Apostle Thomas was late and absent at the Dormition. One legend says that other apostles then hove off the stone that shut the cave of sepulture, but did not see the body of the Mother of God there finding only the linen wrappings. The other legend tells that the Apostle Thomas witnessed Ascention of the Mother of God and received a belt from Her that he showed to the apostles as an evidence of reality of his vision.

On the “Dormition” icons the Most Holy Mother of God is represented in the bed surrounded by the apostles bending over it. Peter and Paul, the Apostles are in the foreground to the right and to the left. At the foot Auphony stands on bended knees. After all miraculous events that happened to him he got baptized and became a zealous Christian. The Lord Jesus Christ dominates over the bed in rays of glory. The most-pure soul of the Most Holy Mother of God rests in His hands as a swaddled baby. "