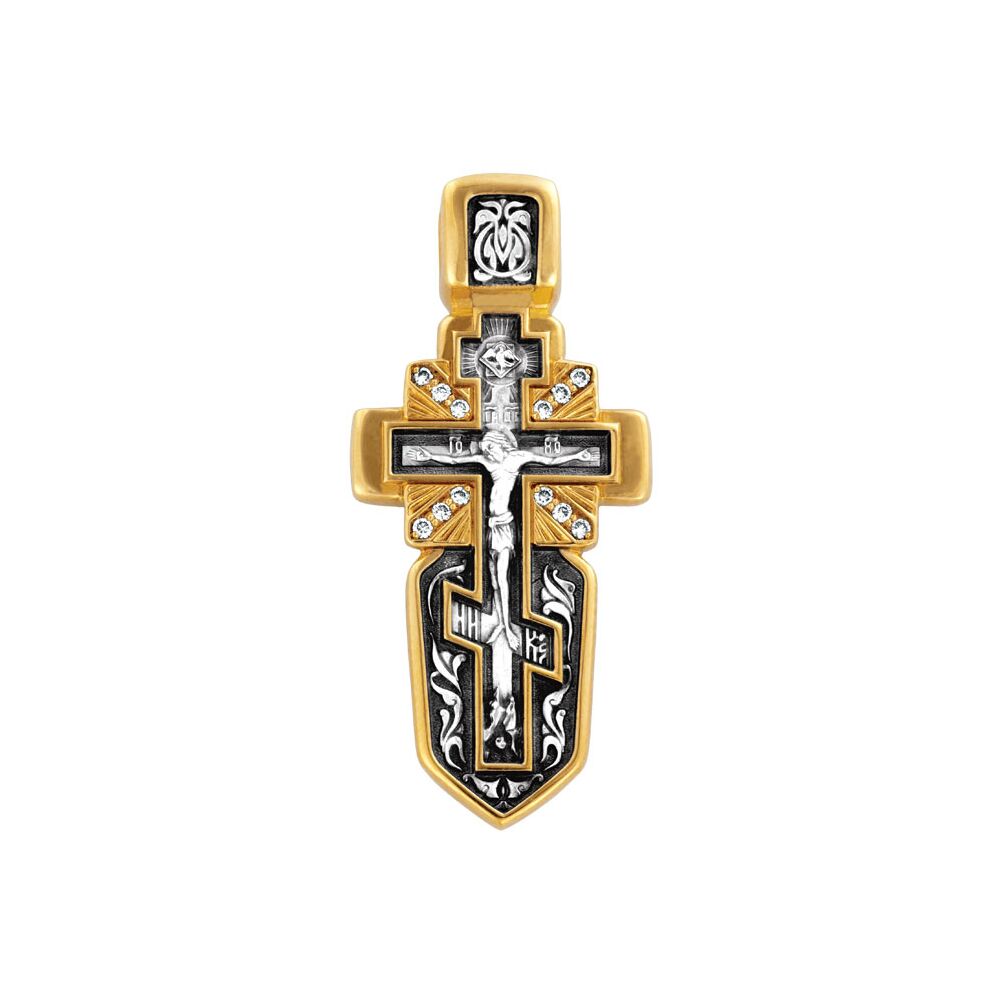 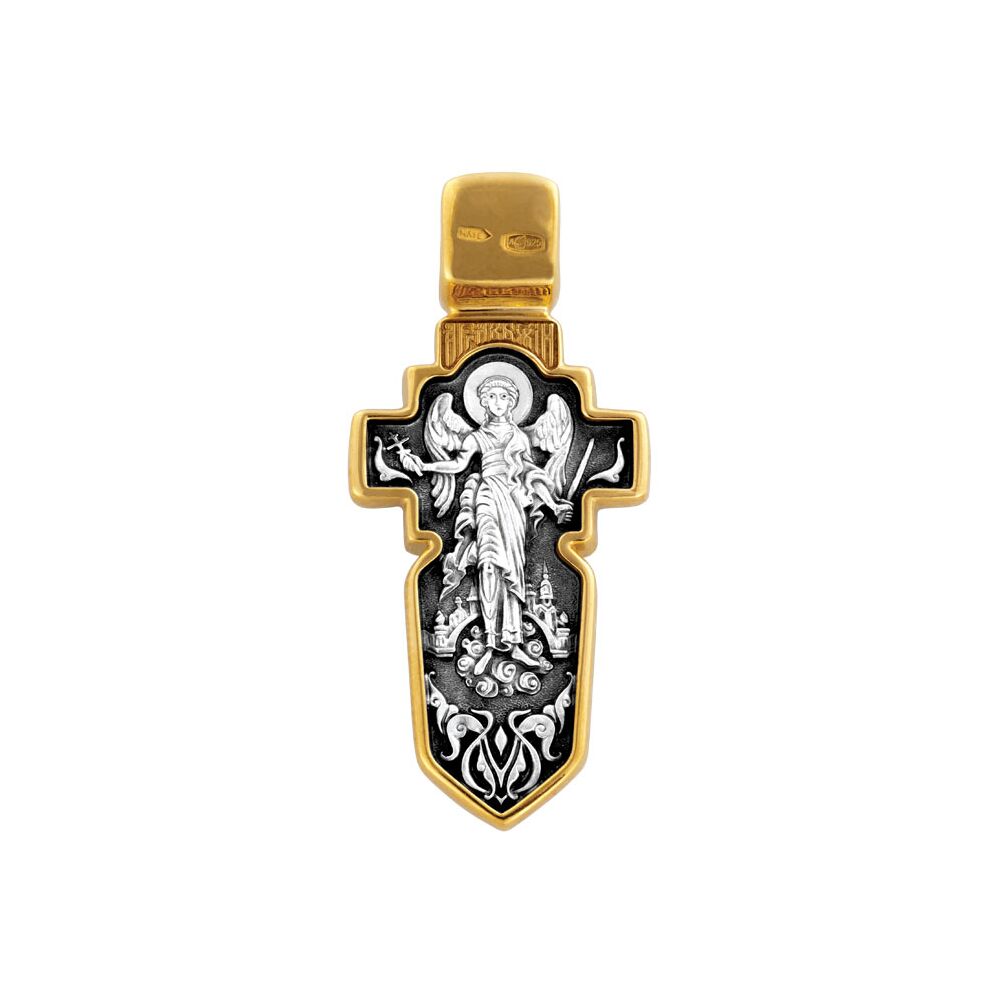 "A small austere cross with a Crucifix on its obverse and the guardian angel on its reverse adds to the image of gemmed St. Andrew's cross that is traditionally worshipped in Russia, and often used in Russian symbolism since the beginning of 18th century. According to legend, Apostle Andrew had founded Christianity in Byzantium, and then walked to the North through Scythia with evangelism. There he erected the cross in Kiev, then walked to Novgorod and Volkhov and erected one more cross on a hill. After indefatigable preaching Christ, Apostle Andrew was martyrized on an X-shaped cross.

Together with the cross of Christ, St. Andrew's cross forms the monogram of Christ (Christogram), i.e. the upright cross with I-letter that looks the same almost in all Christian languages, and crossing X also looking the same in all the Christendom. This coincidence had been taken notice of by ancient authors who saw sacral meaning in it. St. Andrew's cross and Christogram are among the most widespread symbols in many countries. Many Christian nations have put those signs on national flags, decorations, and royal insignia. In 1698 in Russia Peter the Great established the first Russian order – of St. Andrew, the ""First-called"" Apostle. The order was designed for decorating for feat of arms and for civil service. In 1712 St. Andrew's cross was put onto Russian Navy flag.

The cross reverse shows us the image of the Guardian angel. His light figure hovers on clouds besides the walls of the Heavenly Jerusalem. That is a symbolic portrayal of Angel who being armed with a cross and spiritual sword leaves his heavenly fatherland for struggling against evil forces for human souls here, on the earth. There is infinite number of angels, and all of them form harmonious Heavenly hierarchy. Guardian angels are of the lowest choir, they are closer to people, and protect each of us.

God gives a guardian angel to every Christian at baptizing, and the angel invisibly guards the person during all his (her) life. He defends you in troubles, and protects you from temptations and demonic attacks; gives an advice at a pinch, and invokes for God’s mercy. The guardian angel never leaves one in one’s the fatal hour, and after death supports the soul of the deceased during its severe trials, leading it to Eternity.

Guardian angels are beings of personalities like people, but we cannot know individual names of them. We cannot as well know the name of our own guardian angel. Therefore in Orthodoxy there is no special liturgy for guardian angels either on the whole, or for each of them. But the Church commits us to private worshipping and thanking our guardian angel in our everyday home prayers; to addressing ourselves to him as to the closest spiritual guide for patronage and protection. "