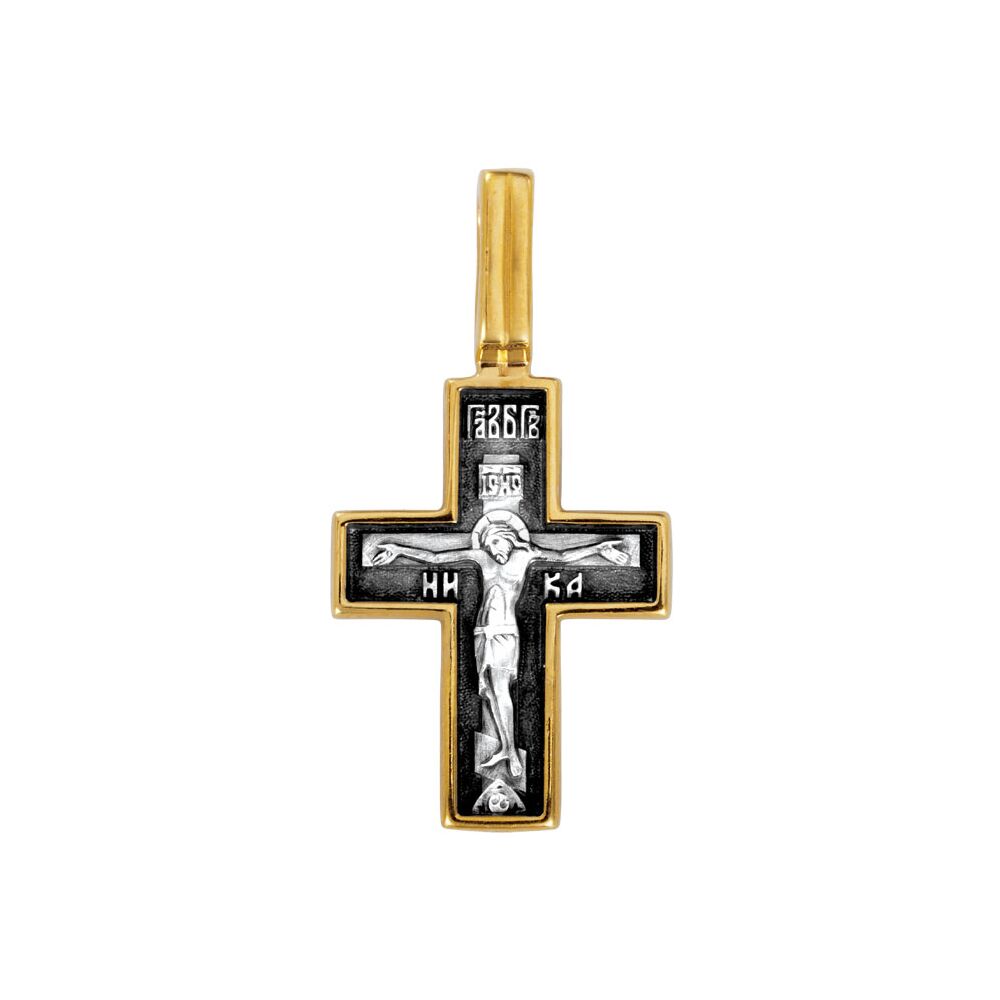 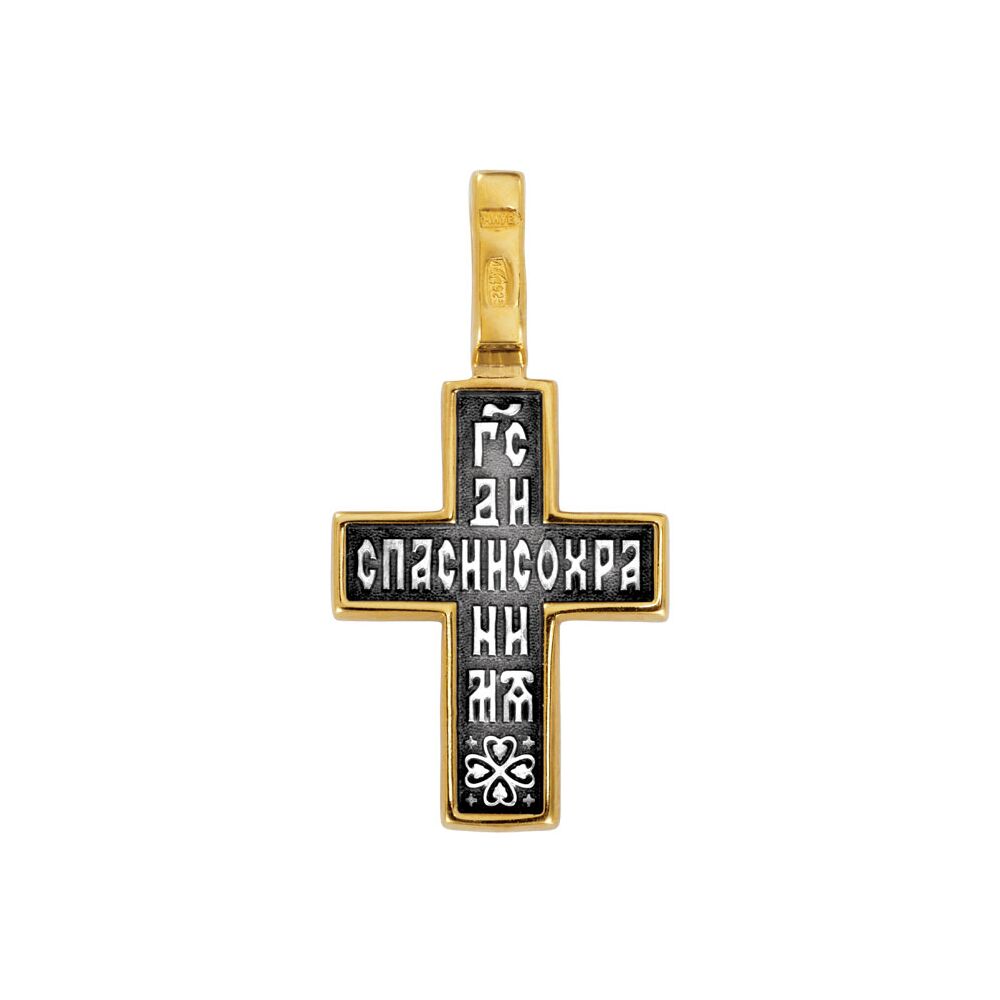 "A small cross with a crucifix on its obverse and a prayer on its reverse has an unpretentious four-point shape. According to the Church Legend it was such kind of cross that Grand Prince St. Vladimir, Equal-to-the-Apls brought from Korsun, where he had been baptized, to Kiev and placed on Dnieper bank.

St. John of Kronstadt called the four-point cross “the oldest sacred object of belief” and “seal of all mysteries”. Interdependence of the earthly and Heavenly lives, of the creaturely and the Divine things are disclosed in the shape of this cross, where the transversal bar symbolizes the earthly and the creaturely things, the Heavenly and the Divine ones (whereto the earthly life tends to advance) being symbolized by vertical bar. For a Christian a cross shape as well symbolizes both Christ’s death and resurrection; suffering and paschal (Easter) joy. In fact, Jesus Christ died on the cross as a mortal but resurrected and ascended into Heaven as God. He died in order to atone for original sin of the human nature through His suffering; and He resurrected in order to give hope to us of rising again from the dead and of eternal life; to save human race from death darkness. Therefore for a believer the four-point cross is a holy image of absolute Divine love.

Since ancient time the Son of God raised on the cross has never been portrayed as simply nailed to it. In the Orthodox tradition His arms never sag under the weight of the dying body. They are straightened and reached out as if for embracing the whole world. Crucified and dead Christ remains alive forever in His death itself.

The four-point shape of the cross as well has other numerous spiritual senses. For example, its vertical directed high into the air is interpretable as the truth and indisputability of the Divine commandments, straightforwardness of God's truth incapable of any violation. This straightforwardness is crossed by the transversal bar that means God's love and mercy for sinful people. In personal life the cross vertical may be likened to urge of human soul towards God from the earth; but the vertical is crossed by the horizontal – by human earthly love and attachments. Earthly love fends off one from realizing one’s exalted yearning through, but there is no person without any love as well as there is no cross without a transversal.

Cross is a great symbol of God’s love for a human being, as well as love of a human being for God.  It is put on person in baptizement, and guards and protects a believer till his (her) dying day, giving a hope for salvation in eternal life. “O, Lord, save and preserve me” – is written on the reverse."