Neck Cross Akimov 101.257 «Crucifiction with Bystanders. Presentation of the Lord» 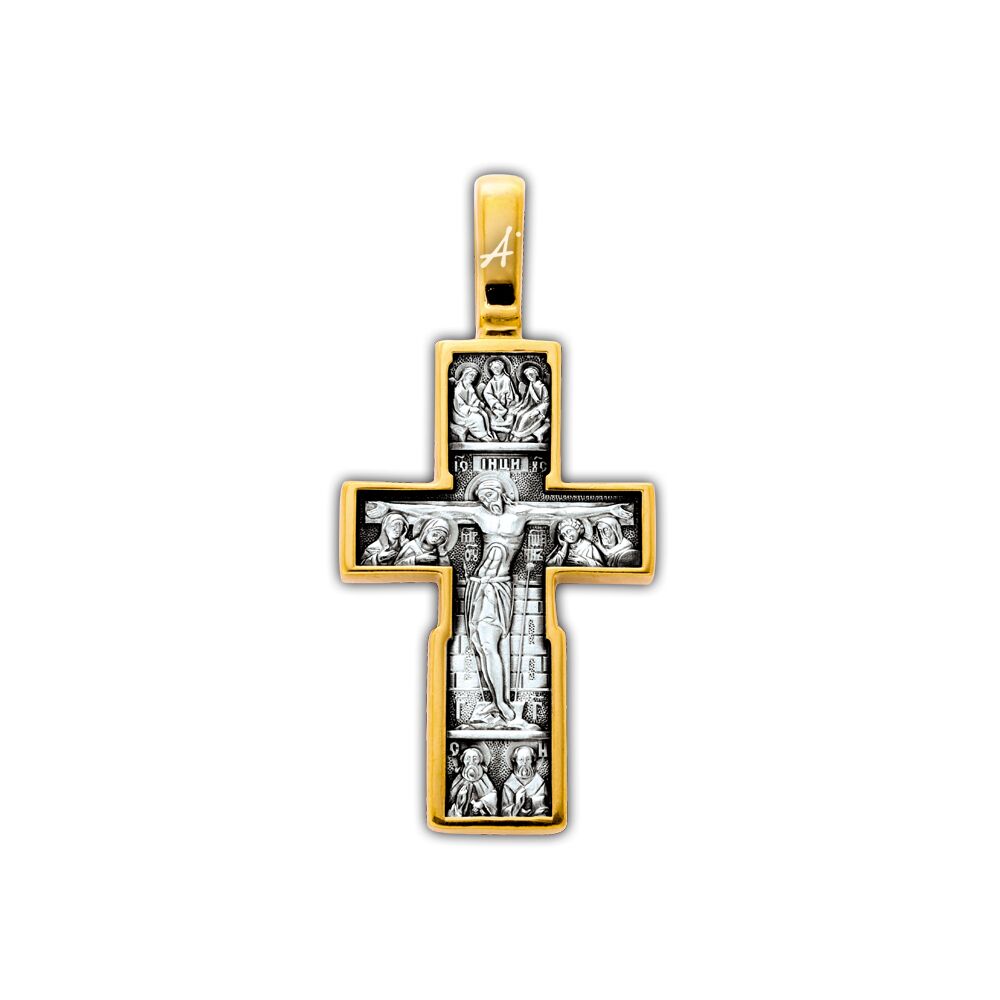 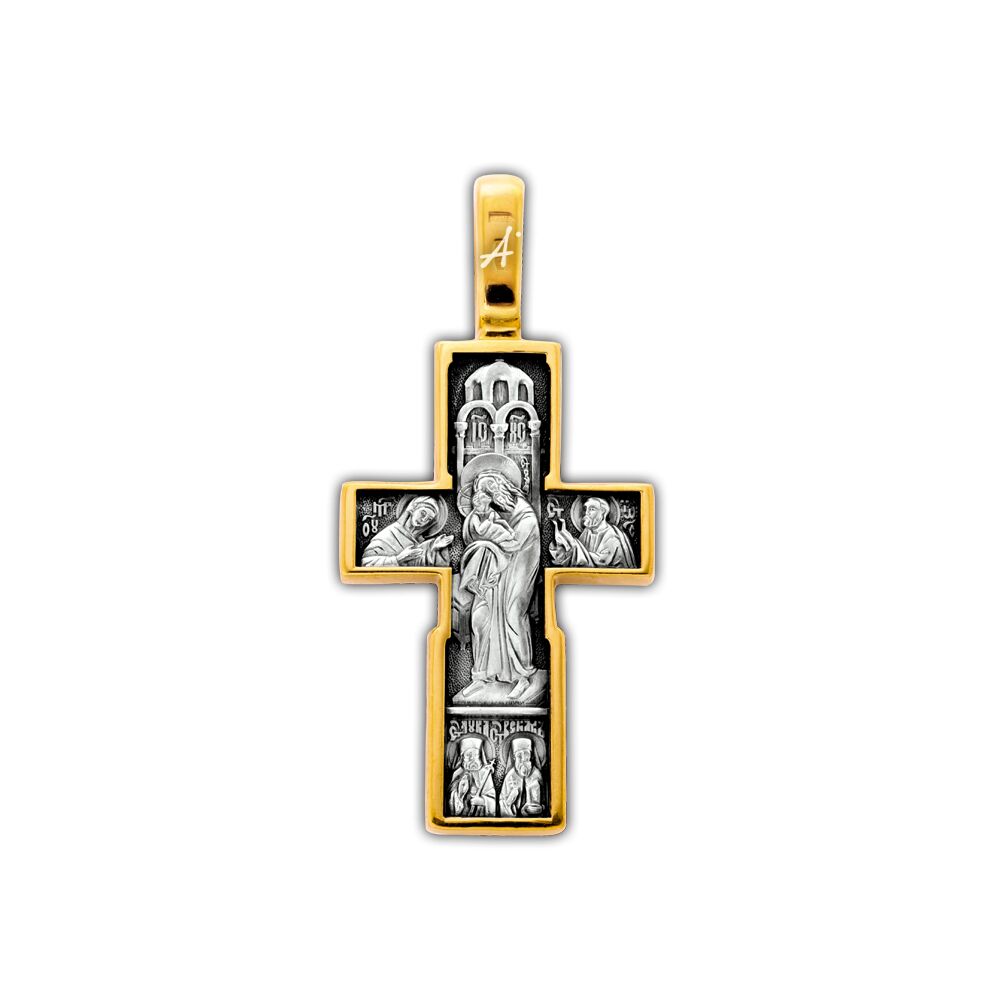 "Cross with images of the Crucifixion on the obverse and of the Presentation of the Lord on the reverse is made after the fashion of the big intending cross of Sretensky Monastery in Moscow, established in memory of Russian New Martyrs and Confessors.

The obverse shows the Lord Crucifixion. To the left Virgin and Mary Magdalene Equal to the Apostles stand by Him, to the right being John the Evangelist and Saint Longinus the Centurion. During the Lord's passion, they were close to Him. St. Longinus was among the executioners, but repented, believed in Christ, and was one of the first to meet demise for Him. Above the crucifix placed is the image of the Holy Trinity, at the bottom being the icon of the most revered Russian saints: of St. Sergius of Radonezh and St. Nicholas the Wonderworker. They lived in different countries and at different times, but they are united by the power of spiritual achievement, by the preaching of love, acts of mercy that they keep on doing in afterlife. By their intercession the saints heal illnesses, harmonize hostile parties, find the missing, and even raise the dead; help those in need, and in distress, and wrongfully convicted. They are assistants for travelers and students, for warriors and sailors; they are spiritual mentors and enlighteners for all those who hope in God.

On the cross reverse there is placed the icon of one of the Great Feasts, i.e. one of the most venerated twelve holy events. That is ""Candlemas"", describing the encounter of St. Simeon the Righteous Elder and Infant Jesus whom the Blessed Virgin Mary and St Joseph brought to the Temple in Jerusalem. Simeon had been God promised that he should not see death before he had seen the born Messiah.

According to legend, when translating of the Book of Isaiah Simeon reached the words: ""Behold, a virgin shall conceive, and bear the Son"" — and he doubted. He was about to insert ""wife"" instead of ""virgin"", when an angel appeared to him and held his hand. Angel remarked: ""Put your faith in pen-and-ink and you will yourself see the performance thereof, since you will not die until you behold Christ the Lord born from the Virgin."" Simeon turned three hundred and sixty years when the Holy Spirit took him into the Temple for him to see the Infant Jesus Christ, brought there by the Most Holy Mother of God.

For a woman who gave birth to a male child it was against Moses' laws to enter the house of God within up to 40 days. After that, the mother used to take the infant to the Temple to complete ritual purification and thank offering to the Lord. The Blessed Virgin, Mother of God, had no need of purification, since it was from the Holy Spirit that she gave birth to the Source of purity and holiness. But in deep humility She obeyed the law’s provision. Next to Her St. Joseph the Righteous is always standing, with two pigeons — a donation to the Temple — in his hands.

Laying eyes on Christ St. Simeon the Righteous recognized the longed-for Messiah, took Him in arms and said: “Lord, now lettest Thou Thy servant depart in peace; according to Thy word: for mine eyes have seen Thy salvation, which Thou hast prepared before the face of all people: to be a light to lighten the gentiles and to be the glory of Thy people Israel” (Luke 2:29–32).

To him who uttered the words “now lettest Thou…”, the Lord  Тому, кто произнес слова «Ныне отпущаеши...», The Lord has bestowed the grace to let those immured free. St. Simeon is offered prayers for prisoners.

At the cross base placed are the icons of the great saints of the 20th century — St. Luke, Archbishop of Simferopol, the holy hierarch and confessor; healer and wonder worker, who was an outstanding physician persecuted by the atheist regime; and of the Holy Martyr Benjamin, Metropolitan of Petrograd, who was venerated as a saint even within the lifetime and was shot in 1922 ."