Neck Cross Akimov 101.063 «Crucifix. A Prayer to the Life-giving Cross» 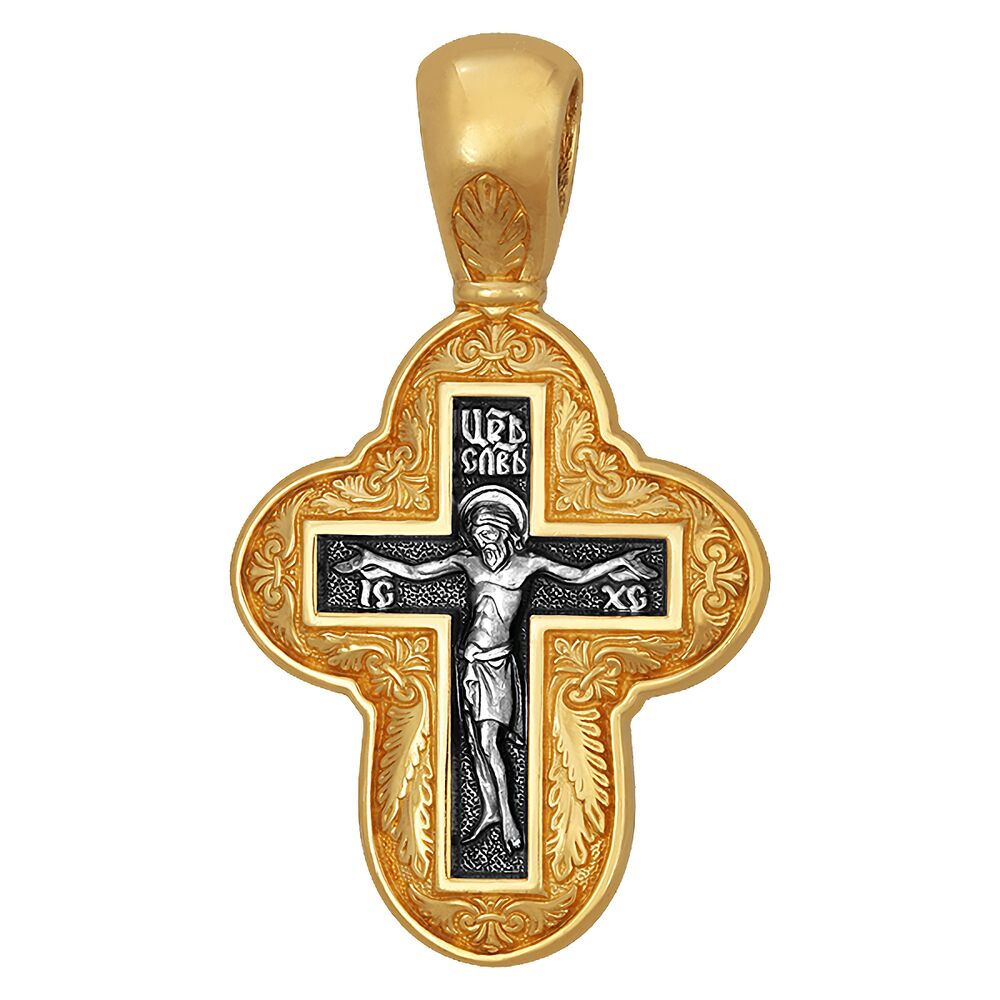 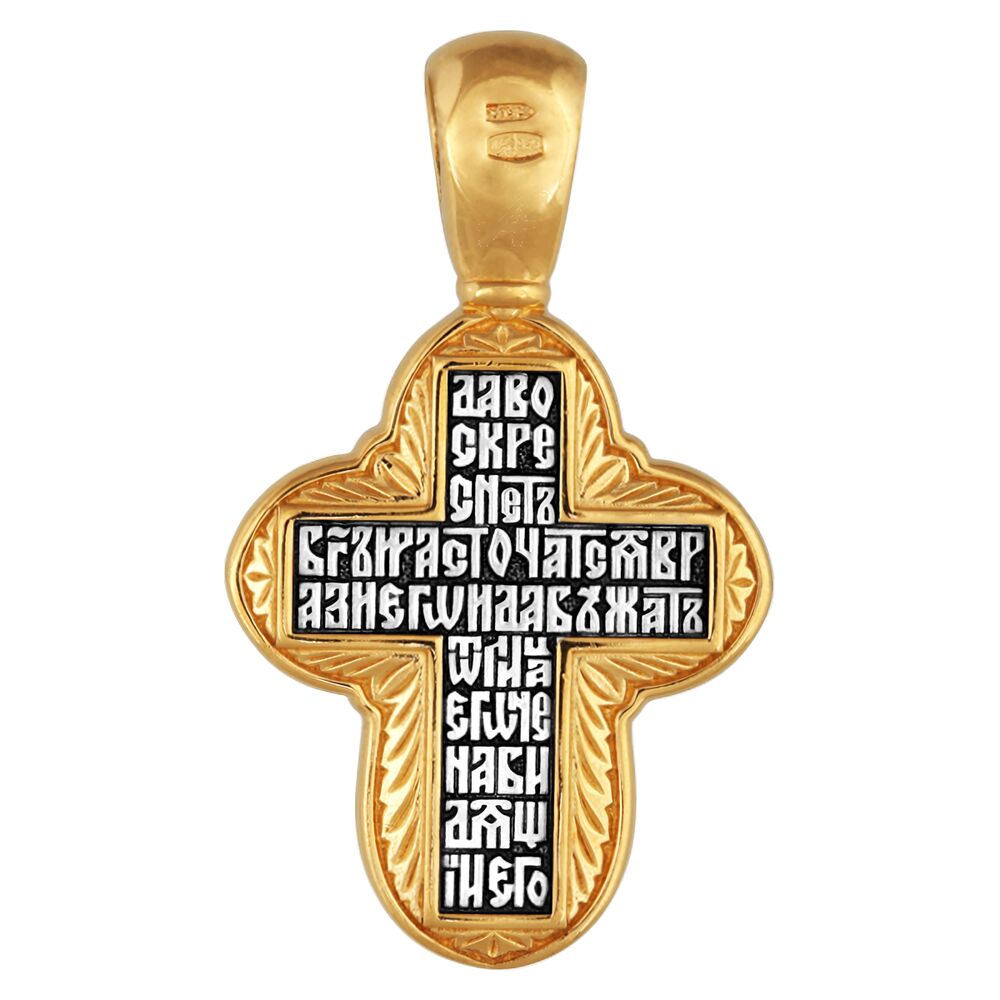 "This is a small cross of rounded shape, with the Crucifix inlaid into the obverse, and with a protective prayer on the reverse. Such crosses have been widespread in Russia since the end of 18th century.

On crosses of this kind the crucifix is floriated extensively as if with wreath made of olive-palm branches. Jerusalem citizens saluted the Lord with such branches when He rode solemnly into the city not long before Passover for being crucified shortly thereafter. But before His sufferings and death Jesus Christ wanted to show to the world that He is the King of Heaven and earth indeed. Therefore He entered Jerusalem triumphantly, and not as a victorious warrior, but as Saviour bringing peace and love. In remembrance of the event the Orthodox holding date-palm branches as well come to meet Christ on the first Sunday of Maundy Week and sing “Hosanna!” together with Church. In Russia pussy-willow is the first to blossom out, therefore we have an established usage of coming to a church with pussy-willow twigs that day.

Olive-palm branches in the ends and corners of the cross are plaited with symbolic pictures of lilies. In Christian symbolism lily personifies purity, sanctity and humility. The Most Holy and Most-Pure God, King of kings “abased Himself” when becoming an entire human being. He identified Himself with human lives and needs, both worldly and spiritual, and brought His redeeming sacrifice for human sins. The Lord’s humility right up to the most dreadful, humiliating death on the cross resigned the peoples with God. Meekness of Christ the Saviour opened the way to redemption, to eternal blissful life in the Kingdom of Heaven for all nations of all times. That is why the crucified Lord is surrounded with lilies and olive-palm branches, “the King of Glory” being written over His bowed head. Beside His spread arms there are written His short tittles – “ИС ХС”.

The Orthodox believe that the Lord died in the cross like a human being, but on the third day he resurrected like omnipotent God, “trampling down death by death, and on those in the grave bestowing life”. His victory destroyed the gates of hell and bereaved the Devil of his power, having turned the Cross of Christ into unconquerable weapon against the crafty designs of the Devil. “Let God arise, let his enemies be scattered; let those who hate him flee from before his face!, is written on the cross reverse.