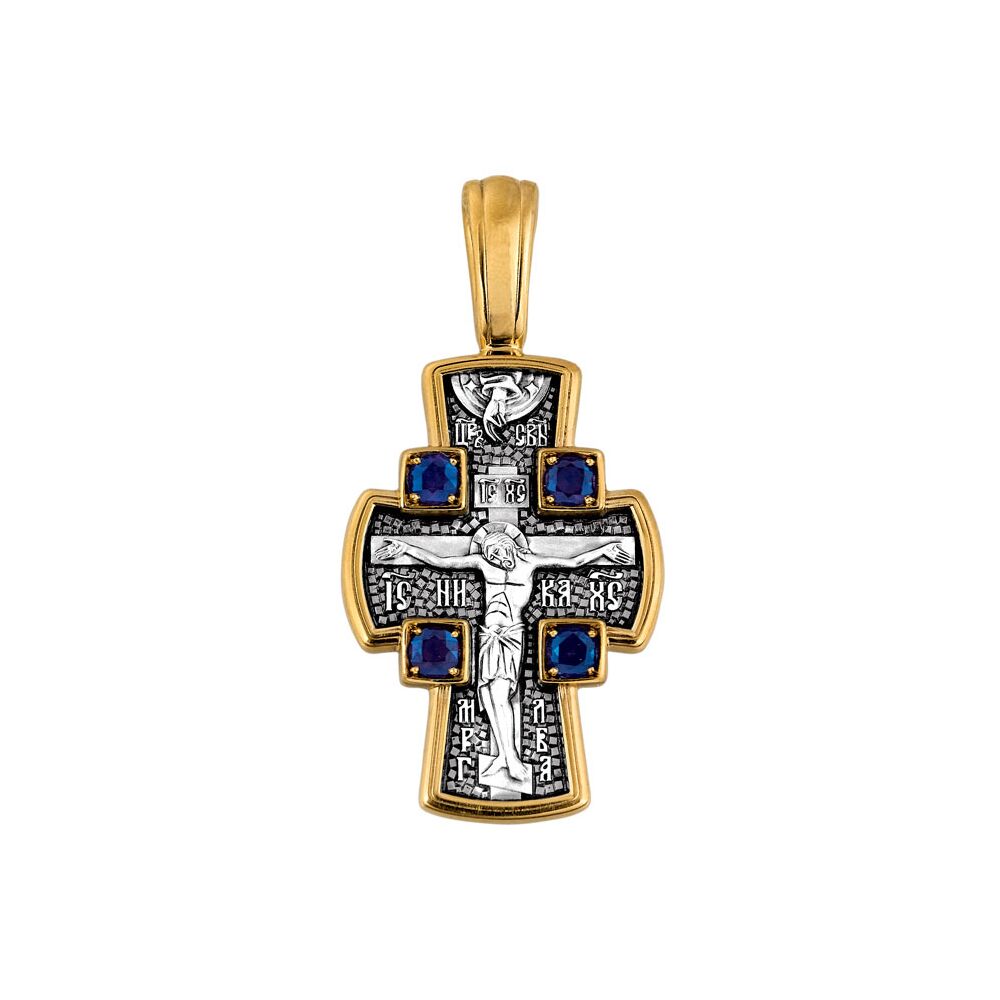 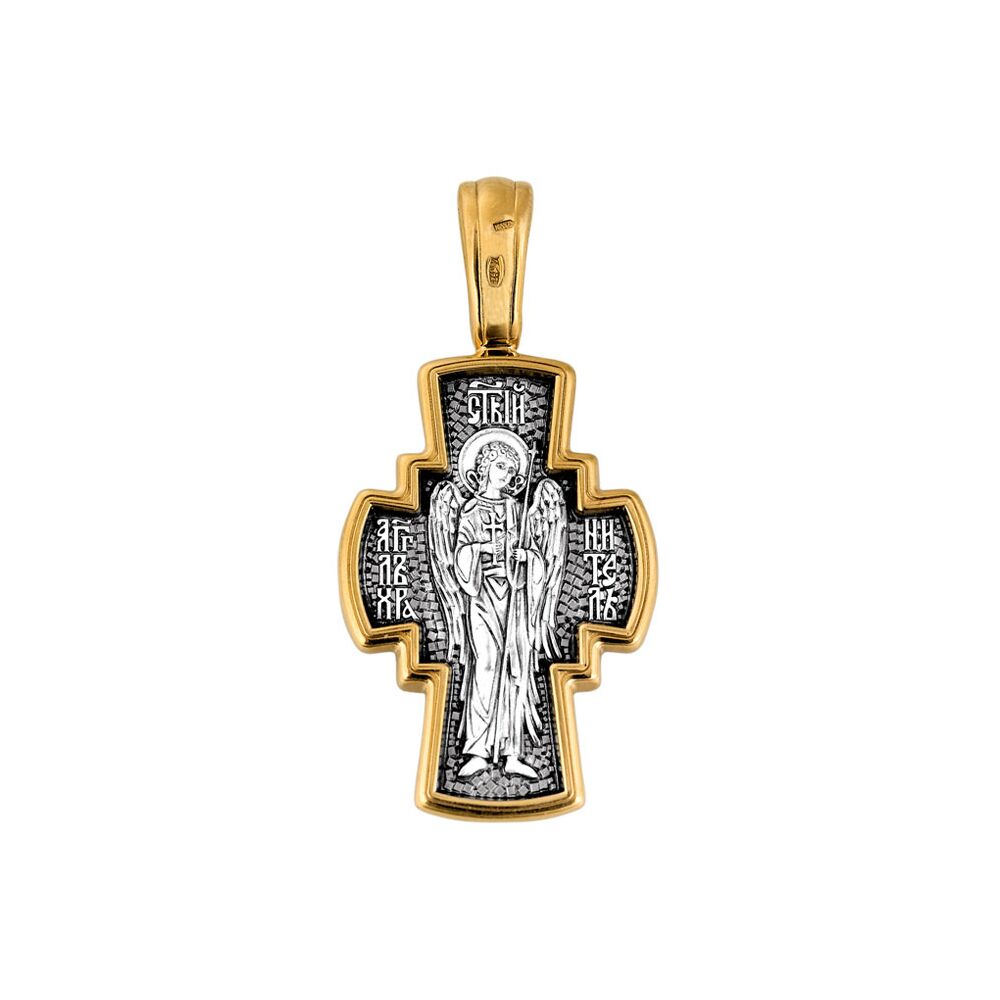 "The obverse of this next-to-skin cross is traditionally devoted to the Crucifixion of the Lord, Guardian Angel being on the reverse.

The ancient shape of the Crucifix shows the image of Son of God spreading His arms as if He wishes to embrace the entire world. Orthodox Crucifix preserving the image of Christ sufferings, at the same time reproduces the dogmatic profundity of its meaning in extremely exact way. The Lord’s body is not hanging but reposing upon the Cross. Crucified and deceased Christ is wonderfully alive in death itself. And looking at the Orthodox Crucifix we are always aware of Christ not only dying for human sins, but of He being risen!

Christ had died on the cross for the sake of our reconciliation with God. Ever-living and Omnipotent by His nature He became a human being, feeble and subject to diseases and death. Impeccable, He assumed sins of the whole mankind, and redeemed them by terrible torments on the cross. Not only was the Lord suffering, but also God the Father who sent the only-begotten Son to His torture and death. The image of God`s benedictory hand above the Cross symbolizes the sacrifice of God the Father.

God descended from Heaven and made it possible for a human being to be reconciled with himself (herself). He transformed Calvary from the place of sufferings and death into the source of futurity for the mankind. God resurrected, death being overcome. Therefore beside the short titles of Christ there is written “НИКА”, which means “I overcame”; and at the cross foot we see letters МЛРБ – “the Place of Scull (execution) should be Eden”.

Guardian Angel started being depicted on the cross reverses at the end of 16th century. In 17th century its iconographic image was formed. He was pictured having large powerful wings, with a cross and a sword in his hands.

The Metropolitan Platon who lived in 18th century compared cross with the key to the Kingdom of Heaven: “There is no other key that would open the gate to the Kingdom of God, except the Cross of Christ”. Guardian Angel just keeps that holy key in his hand. His main task that God entrusted him is to bring a human being to the Kingdom of Heaven, to drive off evil spirits that dream of him (her) being strayed from God, and of laying hold of his (her) soul. Angel holds a sword in his hand for struggling against those evil spirits. Kind and merciful, created for pure and inspiring love Guardian Angel becomes a ferocious warrior when he has to fight for the human soul.

But without the assistance of the person himself, without his (her) desire and prayer Angel is unable to save him (her). Many saints who were gifted with ability to see the spiritual world watched Guardian Angel weeping beside a sinner.

Guardian Angels, as well as human beings are creatures of individuality, but we do not know their names. We do not know either the name of our own Guardian Angel. That is why the Orthodox Church has not a special form of worshipping Guardian Angels either altogether, or separately. But the Church obligates us to esteem and thank our Angel, and to appeal to him daily for protection as to the nearest spiritual adviser."