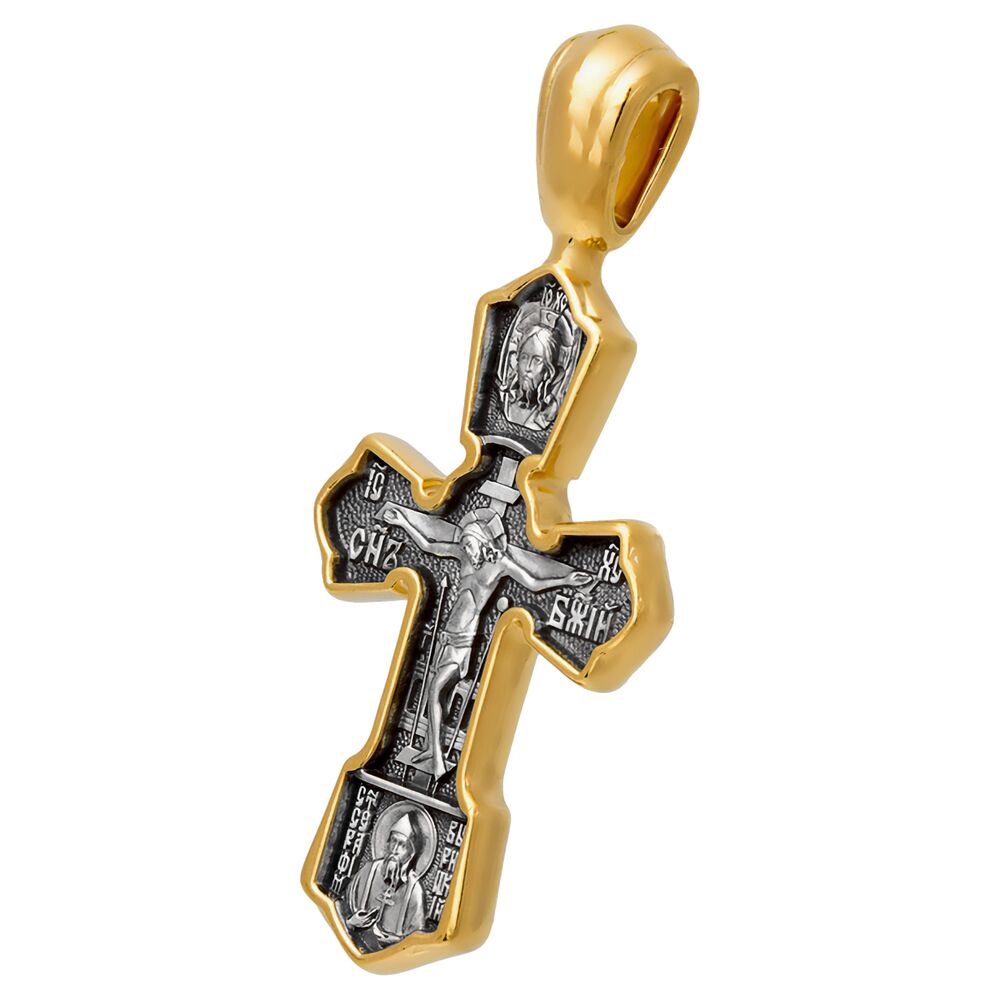 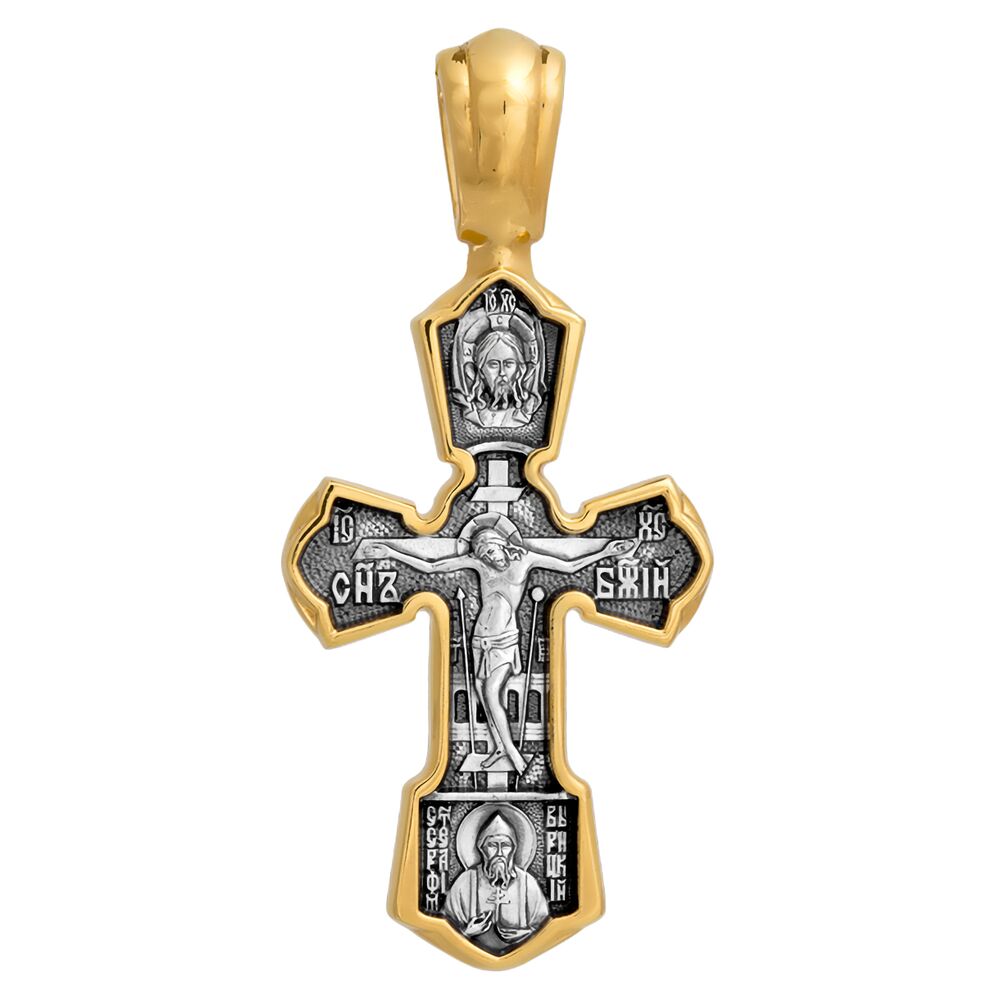 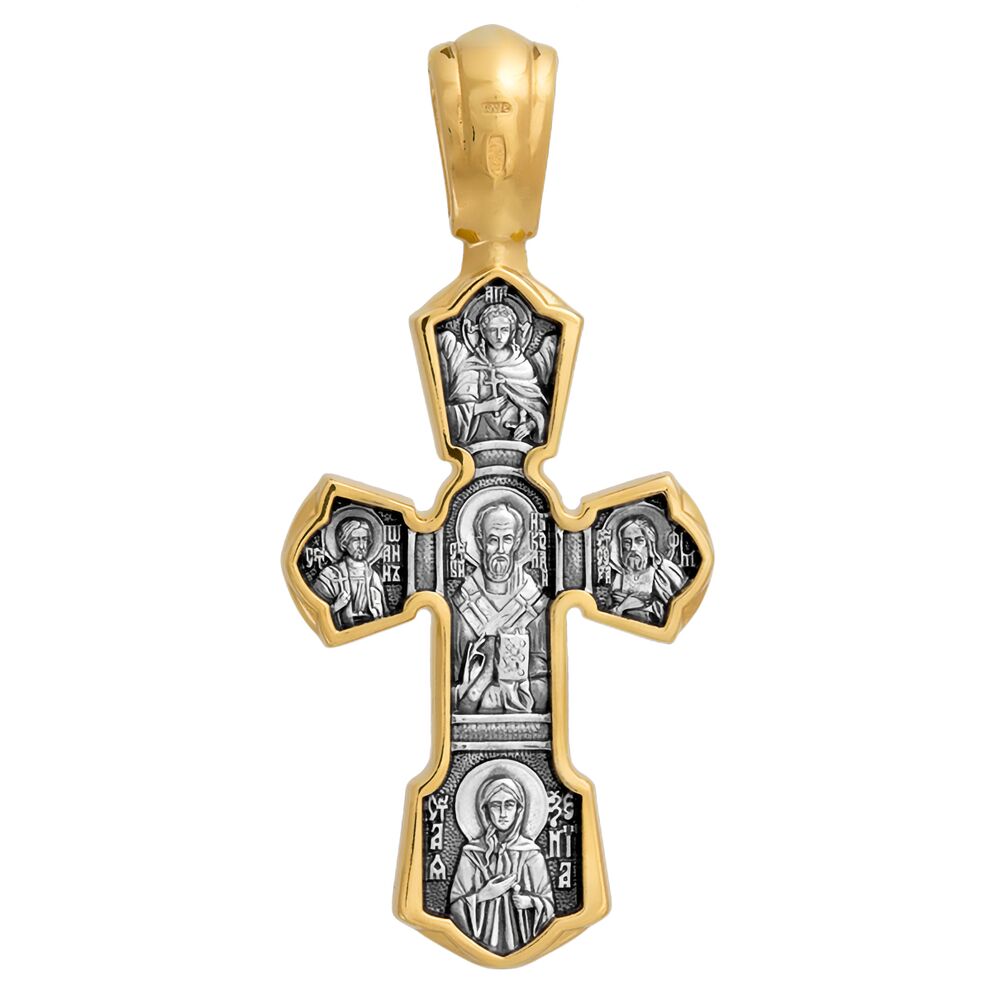 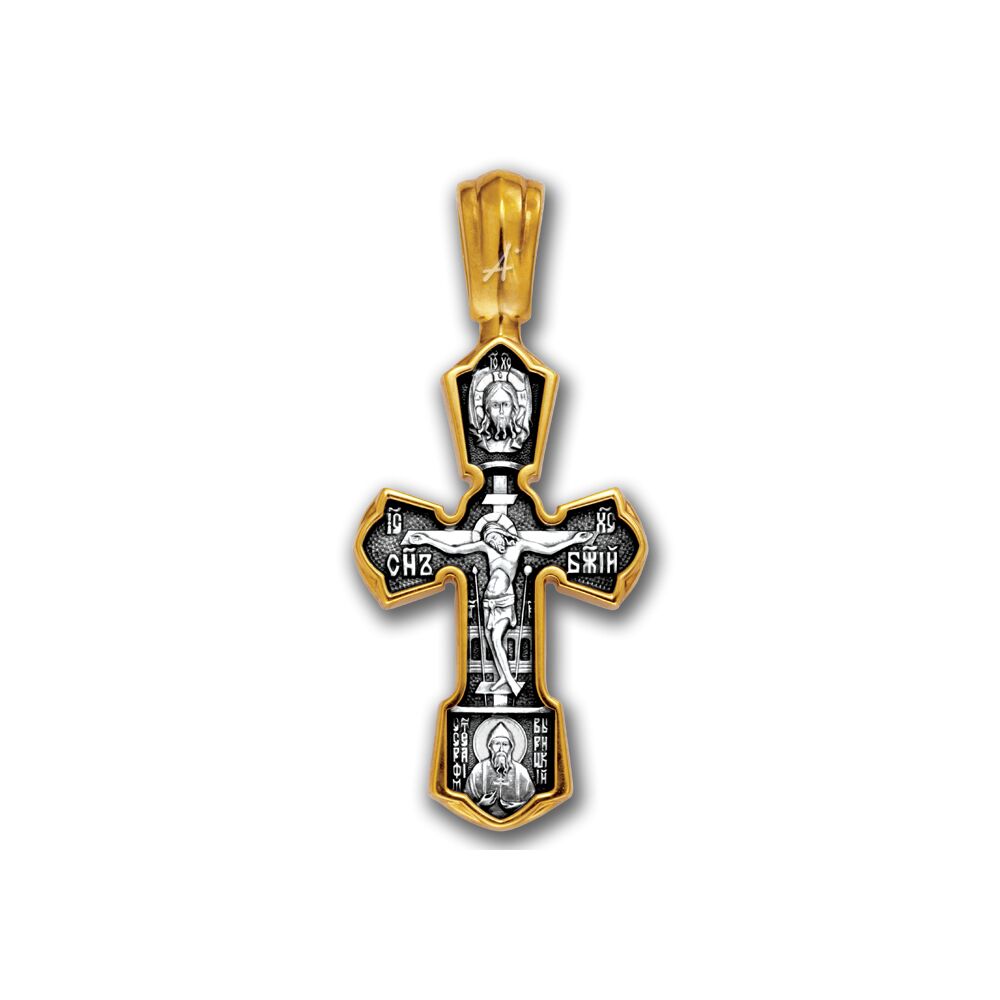 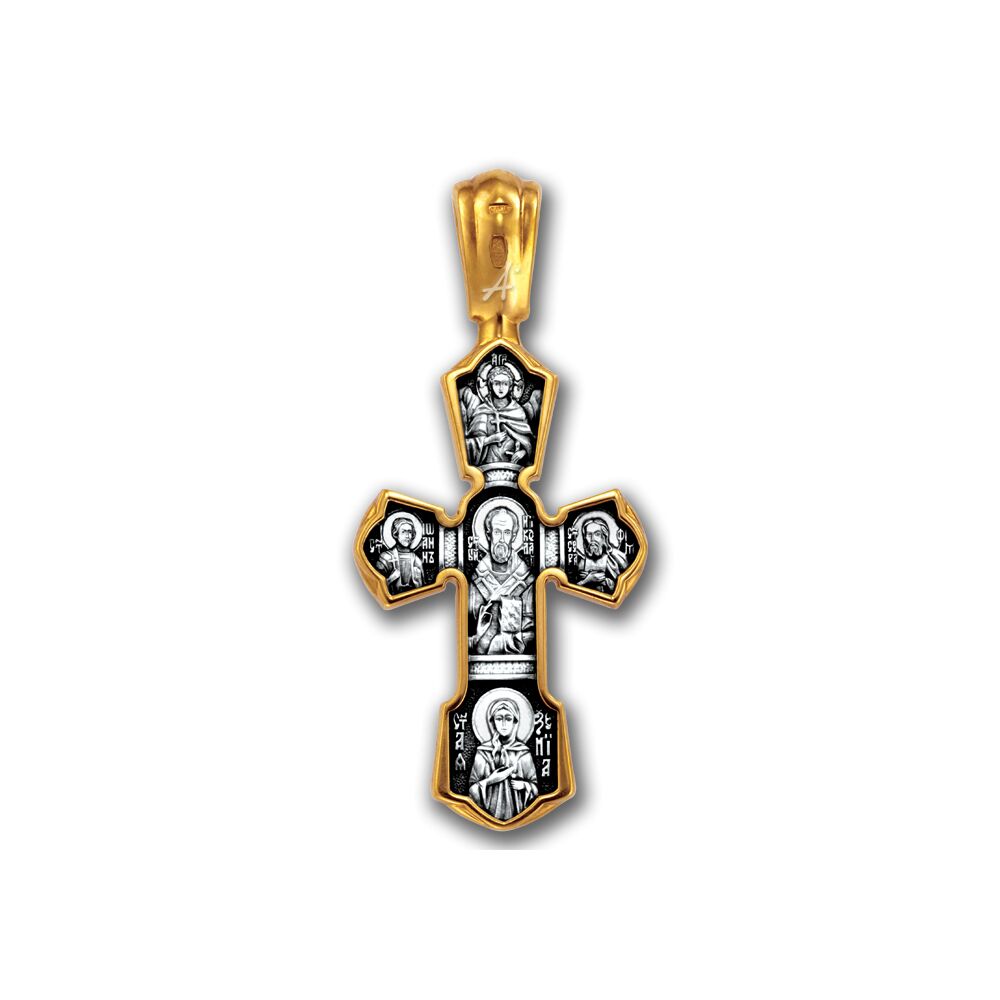 "On the cross obverse we see a traditional image of the Crucifixion of Christ supplemented with the icons of the Orthodox saints most hallowed both as helpers in commerce and entrepreneurship and as great healers and wonderworkers. In their lifetimes some of them were occupied with commerce, the others becoming famous for giving miraculous help to devout merchants.

Ven. Seraphim of Vyritsa (1866-1949), celebrated St. Petersburg zealot of godliness is portrayed on the obverse in the crucifix base. Ven. Seraphim was a rich fur trader. In 1920,  when the church was under persecution he took monastic vows in the Alexander Nevski Monastery. In his lifetime the saint was famous for the wonders of serendipity, healing, godsend help in business, and always reminded: “The world is ruled by the Lord Almighty, everything in it happening either by God’s grace, or with His connivance”. Therefore we should thank Him for everything we have, and never mourn over the lost.

In the center of the reverse we see St. Nicholas the Wonderworker (about 270 — about 345). That is the most hallowed Russian saint. He is prayed to by those who are sick, calumniated, deceived; who wish their children to be happy, their relatives’ life to be improved, and a worthy couple to be found…  The saint is also prayed to for help in entrepreneurship, since it is known that in his lifetime St. Nicholas helped devout merchants.

Saint Blessed Xenia (1720th – 1806?), whose image is put at the foot of vertical crossbar was a welcome visitor in any shop of St. Petersburg. Tradespeople knew: there will be no getting rid of byers for the vendor from whom she take something. But the saint wanderer agreed to accept alms not from everyone but only from those with pure and merciful heart. To the left of the icon of St. Nicholas there is the image of the great martyr St. John of Suceava (14th century) who is hallowed as healer and helper in commerce. The great martyr John was a Trebizond merchant. Being in Black Sea region on commerce he was captured by Tatars, martyred sorely and killed for his belief.  70 years later relics of the saint were in a grand manner carried to Suceava, the then capital of Moldavia, and put in the conciliar Church. The relics worked so many wonders that coon the saint was hallowed the patron saint of Moldavia. To the right of the cross there is the image of St. Seraphim of Sarov (1754? - 1833) – the Great Russian monastic elder. The saint himself descended from the merchants and never denied spiritual assistance and advice to the Orthodox tradespeople. But he kept to remind: “A human being with his body is like a candle. The candle should burn, the human being should die. But the soul is immortal, therefore we should better take care for the soul than for the body: For what doth it profit a man, to gain the whole world, and forfeit his life? Or what exchange shall a man give for his soul? (Mark. 8, 36; Mathew. 16, 26), which is unredeemable, as it is known”."