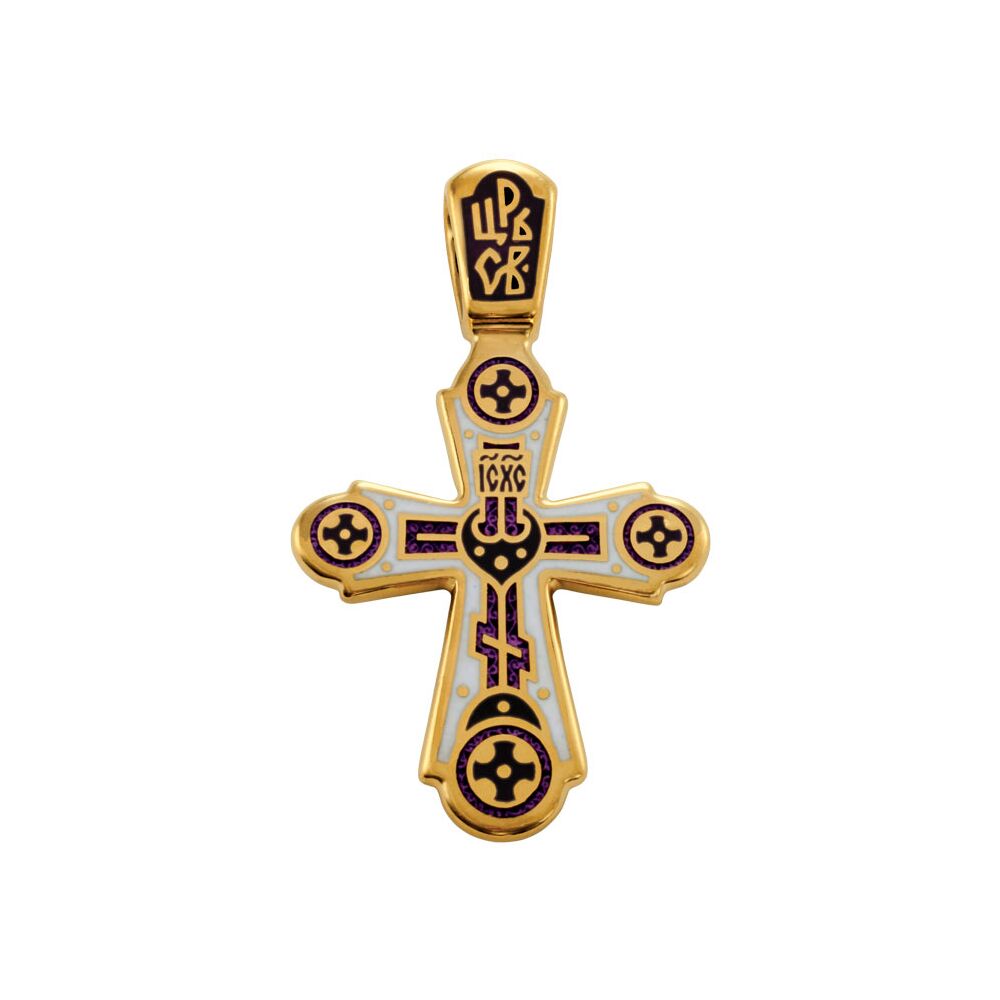 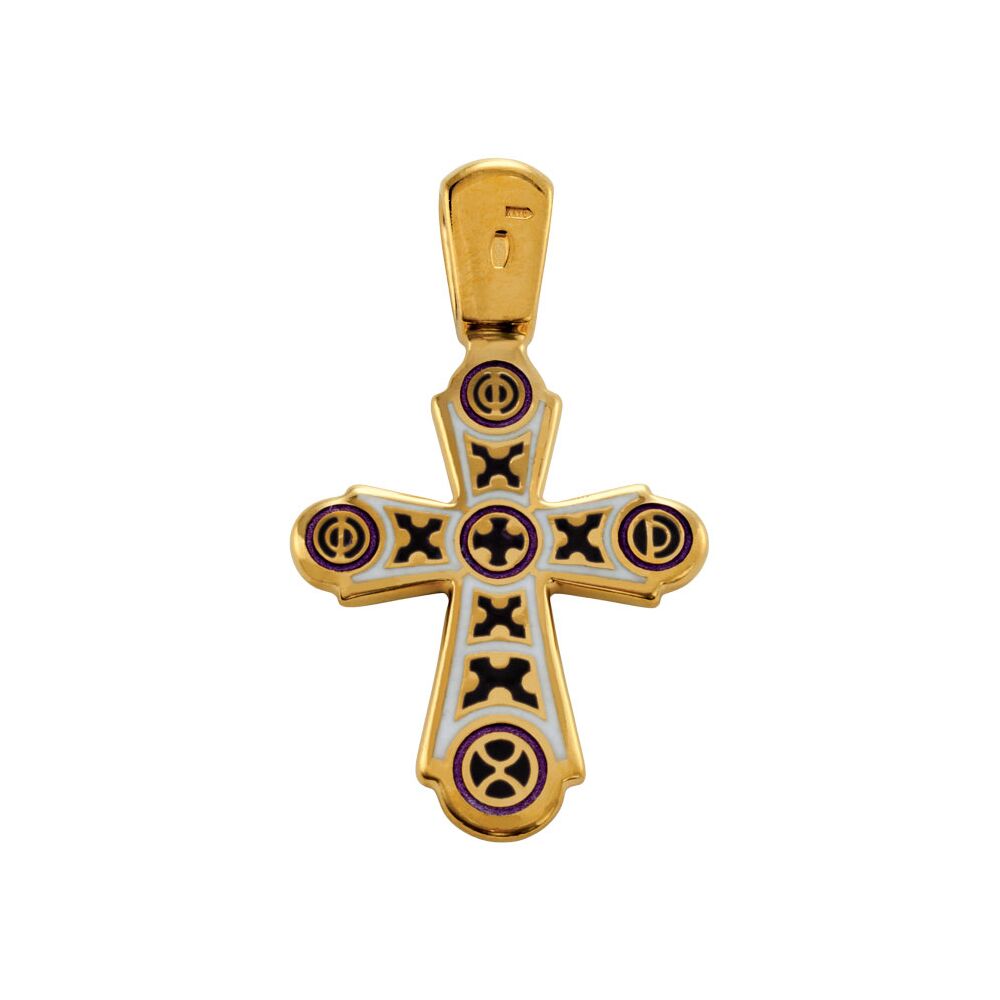 "Small enameled cross is made according to traditions of Orthodox next to skin crosses. That is a gold-plated silver cross made by the old technique of Champlevé that came to Russia from Byzantium together with Christianity. Its obverse shows eight-ended cross with crescent collar (“zata”), the reverse being decorated with symbolical literal ornament.

Next-to-skin crosses with or without the Lord image have always existed in Orthodoxy. Being a great and victorious weapon for our salvation the cross has been venerated as the holy symbol of Christendom since the apostolic age. “Neither for an hour, not for a single moment should we, Christians, leave it”, as St. Ephraem the Syrian (†373) has said, “but carry it everywhere whatever doing. Whether sleeping or staying awake, or working, or eating, or drinking, or heading for, or sailing, or getting over river – should we embellish all our limbs with vivifying Cross”.

The Holy Fathers wrote much about the cross shape symbolism. They said that the world consisting of multiple of separate things would have fallen to pieces, if it were not for the retentive principle which they symbolically named the cross center. God is that retentive and uniting principle. It is He Who prevents the earthly world from going to pieces, Who unites the earth and Heaven. Therefore the Orthodox cross center has been always indicated peculiarly.  Usually it is the image of our Lord Jesus Christ – either His Crucifixion, or an icon. But symbolic images have been as well used since extreme antiquity. An eight-ended cross with zata is such a symbolic image of Jesus Christ. Zata is a traditional Russian adornment used for decoration of icons of Christ and the Most Holy Mother of God; it was suspended about the neck. It symbolizes regal title reminding both king’s crown, and festal precious neckpieces that Byzantine emperors and Russian tsars wore on state occasions. Zata symbolizes the regal title of the Heavenly Lord and of the Most Hole Immaculate Mother of Him. The Divine power with which the Lord transforms the world is symbolized by encircled straight crosses. In pre-Christian Russia they symbolized Sun. After Christening the ancient form was filled with new substance. “Sun Circle” became the image of Christ, Who is glorified as the Light of Truth and the Sun of righteousness enlightening everything with His rays.

Eight-ended cross is the most frequent in Orthodoxy, the Old Believers considering it the only true. It corresponds to Gospel describing that  after Crucifying two more crossbars were nailed down to the cross of Christ – the footrest and the nameplate inscribed “JNRJ (Jesus Nazarene, Rex Judaic)”; and instead of a king crown He was diademed with a crucifixion thorn. Crescent collar (“zata”) just signifies both the crown of King of kings and crown of thorns, that of the Redeemer. Being placed on the cross, it indicates the image of Christ, true King and Redeemer. Therefore the upper crossbar has short titles of His Holy Name “Jesus Christ”.  Three filigree grains on the zata symbolize the Holy Trinity, showing the Lord in His Divine plenitude wherein He always resides.

The most part of the cross reverse belongs to monograms of symbolical formulae having been composed as far back as in ancient Byzantium. Letters “ФХФР” on the cross ends are the initials of the dictum in Greek “the Light of Christ enlightens everyone”. Four letters X around the central cross in the circle are interpreted as “Christ confers His grace to Christians”."